While victim-blaming and wishing for another acid attack on her is condemnable, Rangoli Chandel like her sister Kangana Ranaut is among the huddle of ultra-nationalistic Indians who are continuously stoking hatred for Muslims. 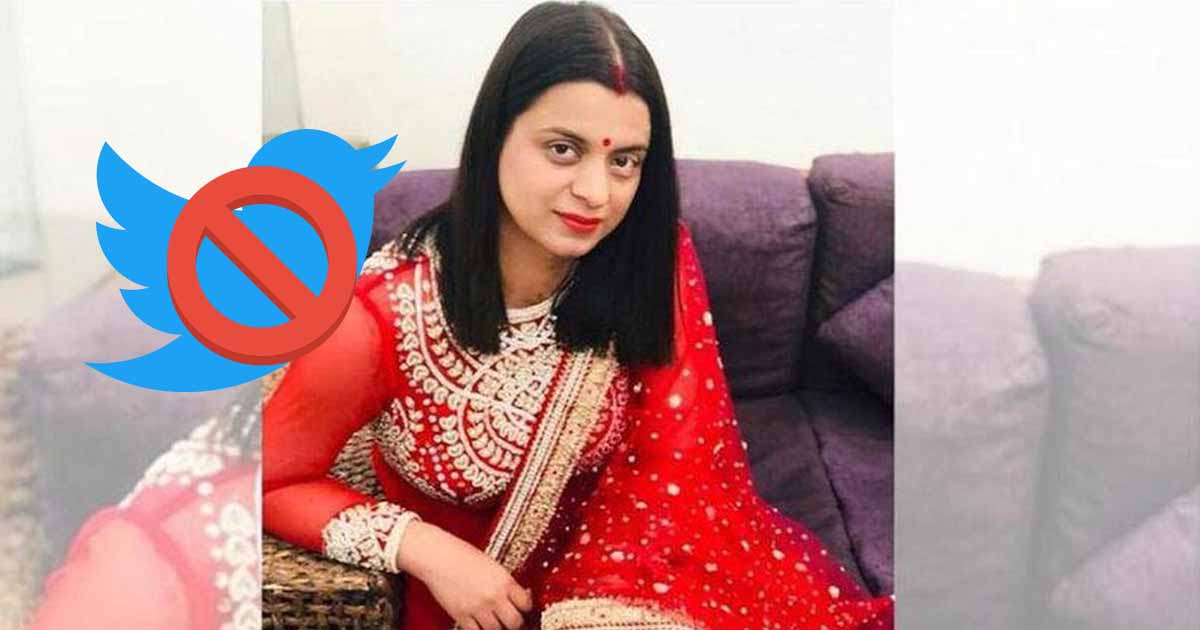 Kangana Ranaut’s sister Rangoli Chandel’s Twitter account has been suspended due to an Islamophobic tweet. She commented that all local Mullah’s (Islamic leaders) should be ‘shot down’ for the spread of coronavirus in India. Her tweet reflected hatred towards the Muslim community.

She quoted an unverified incident that a member of Tableeghi Jamaat died of coronavirus. The family of the deceased, killed police and doctors when they went to check him. She said that “All these Mullahs should be made to stand in a line and shot. She does not care if they label her as being called a Nazi.”

Being a Hindutva advocate and proponent of Prime Minister Narendra Modi, she has been creating controversies with her conflicting tweets. Earlier she said, “There is no need for the 2024 Lok Sabha elections and the administration should remain with Modi due to the financial crisis the country is facing because of pandemic coronavirus.”

Rangoli Chandel, an acid-attack survivor, got mocked and taunted for her blistering tweet against ‘Mullahs’. She received hateful messages on Twitter, where disgruntled users said not only she deserved an acid-attack but also wished for another acid attack on her.

Next time actress Kangana and her sister visit UAE. They must be questioned about their views on Islam and Muslims. #ArrestRangoliChande #KanganaRanaut #Islamophobia https://t.co/AZTHBHa9q6— Sameer Khan (@SamKhan999) April 16, 2020

Victim-blaming and wishing for another acid attack on her is condemnable. But Rangoli Chandel like her sister Kangana Ranaut is among the huddle of ultra-nationalistic Indians, who are continuously stoking hatred for Muslims. They demonize them, liken them to criminals and call for dreadful punishments for them.

According to reports, Hindu mobs have assaulted Muslim men in various parts of India on the suspicion that they are part of the unfounded Islamic conspiracy to spread coronavirus in India.

Hope @MumbaiPolice have arrested Kangana Ranaut’s sister Rangoli for calling for genocide of a community! Such animals don’t deserve a place in a civilized society. Their place is inside a cage. @OfficeofUT

The opportunistic Indian media spurs anti-Muslim sentiments in a country marred with rampant religious intolerance and persecution of Muslims.

The leading Indian media channels and publications have successfully built a narrative accusing the participants of a Muslim missionary group, Tableeghi Jamaat’s annual conference in New Delhi in March for the spread of coronavirus in the country.

Pakistan’s arrest of Hafiz Saeed: Was it a wise move at this stage?

The Political Demise of Dar; finance minister out of favor!