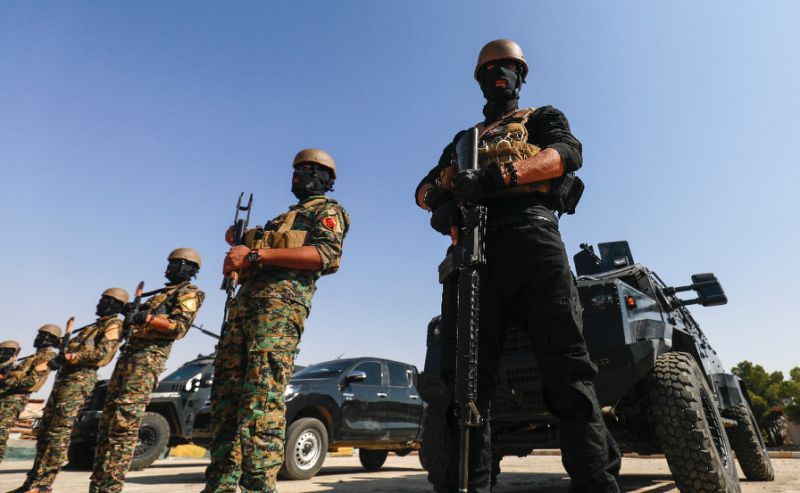 The Kurdish-led force battling the remnants of the Islamic State group in eastern Syria said Monday it captured five foreign jihadists, including two US citizens. The two Americans, two Pakistanis, and an Irishman were part of a cell planning an attack on civilians fleeing the jihadist group’s last bastion, the Syrian Democratic Forces (SDF) said.

The SDF has spearheaded the battle against IS in eastern Syria and is close to flushing out the jihadists from their last pocket near the Iraqi border. The force, which receives key support in the air and on the ground from the US military, said in a statement that the jihadists were captured on December 30.

The jihadists are clinging to a handful of villages in the Euphrates River Valley. The largest ones are Sousa and Bahgouz, following the capture on Saturday of Al-Shaafa, according to the Syrian Observatory of Human Rights war monitor.

The SDF said its forces detected “a group of terrorists who had been preparing to attack the civilians who were trying to get out of the war zone”. “An operation against the cell was carried out by our forces,” it said. It published mugshots of the five foreign fighters and provided the following names:

The Kurds in northeastern Syria say they hold around 1,000 foreign jihadist fighters, as well as 550 foreign women and 1,200 children who lived with them.

They are from dozens of different nationalities and include a significant contingent from France, the main US partner in the coalition assisting Kurdish forces. The numbers of US jihadists held by the Kurds are believed to be small.

The fate of these foreign fighters and their families is a complex and sensitive issue. Many countries are reluctant to bring them back home while Syria’s Kurds argue they do not have the capacity to keep them locked up much longer.

The SDF, backed by coalition air strikes, has achieved major gains since the launch four months ago of an offensive to root out IS from the last rump of the once-sprawling “caliphate” it proclaimed in 2014.

Read more: What next for Syria’s Kurds?

The jihadists are clinging to a handful of villages in the Euphrates River Valley. The largest ones are Sousa and Bahgouz, following the capture on Saturday of Al-Shaafa, according to the Syrian Observatory of Human Rights war monitor.

PIA will suspend flights to New York: Will it help?