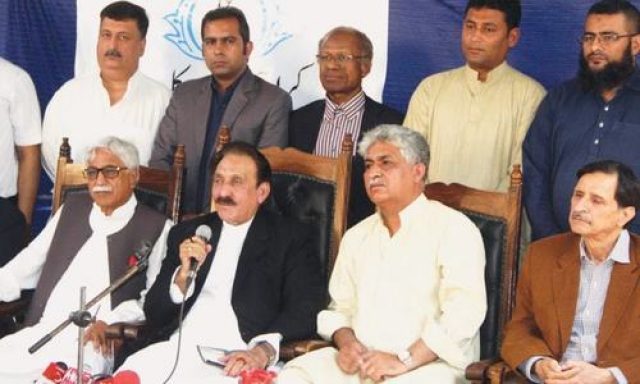 The Islamabad High Court (IHC) on Monday, 21st January, threw out a petition that sought disqualification of Prime Minister Imran Khan on the plea of the premier having concealed his parentage of his alleged daughter Tyrian Jade Khan White and the bench warned the petitioner that a fine would be imposed if a similar petition is received in the future.

The division bench of Islamabad High Court comprising Justice Athar Minallah and Justice Mian Gul Hasan Aurangzeb resumed the hearing of the petition submitted by Hafiz Ehtesham, spokesperson of the Lal Masjid’s Shuhada Foundation. Abdul Wahab Baloch and Hafiz Ehtesham had filed the petitions against PM Khan, praying to bar the PTI chief from taking oath as PM as he was not Sadiq and Ameen under Article 62(1)(f) of the Constitution for not mentioning his alleged illegitimate daughter in his nomination papers.

The Article 63(1)(h) implies that a person convicted of a crime of “moral turpitude” and sentenced to jail for not less than two years can contest elections if five years have gone by since his/her release”.

The petitioner Hafiz Ehtesham alleged that the prime minister did not reveal that he had a daughter ‘Tyrian’ in his electoral nomination papers filed for the July 2018 elections. “He lied about his daughter that’s why he is not Sadiq and Ameen”, the petitioner had pled, implying that the Prime Minister be disqualified on the basis of article 63-1(h).

During the hearing, Justice Athar Minallah questioned the petitioner that had he read Article 63(H) under which he had sought the disqualification of the PM Khan? Justice Athar further remarked that Article 63(h) deals with moral issues, and said, “The first principle of Islam is to keep someone’s personal life private. Therefore, private matters of any person should not be brought in the court”, the judge said.

The petitioner Ehtesham argued in court Imran Khan was a public officeholder and therefore his personal matters could not be considered beyond scrutiny. To this, Justice Minallah remarked”.

The Article 63(1)(h) implies that a person convicted of a crime of “moral turpitude” and sentenced to jail for not less than two years can contest elections if five years have gone by since his/her release”.

Justice Athar said that in Islam, it has been categorically said that one should attempt to brush other’s private matters under the carpet. “Such petitions are only wastage of time, “Justice Athar Minallah said. He also warned the petitioner that if such requests were submitted in the future, the petitioner would be fined.

World, get ready for an empowered and stronger Pakistan