The United States and its allies which hold claim to waters in the South China Sea are trying to equal the Chinese military presence in the waters by conducting the joint naval drills. 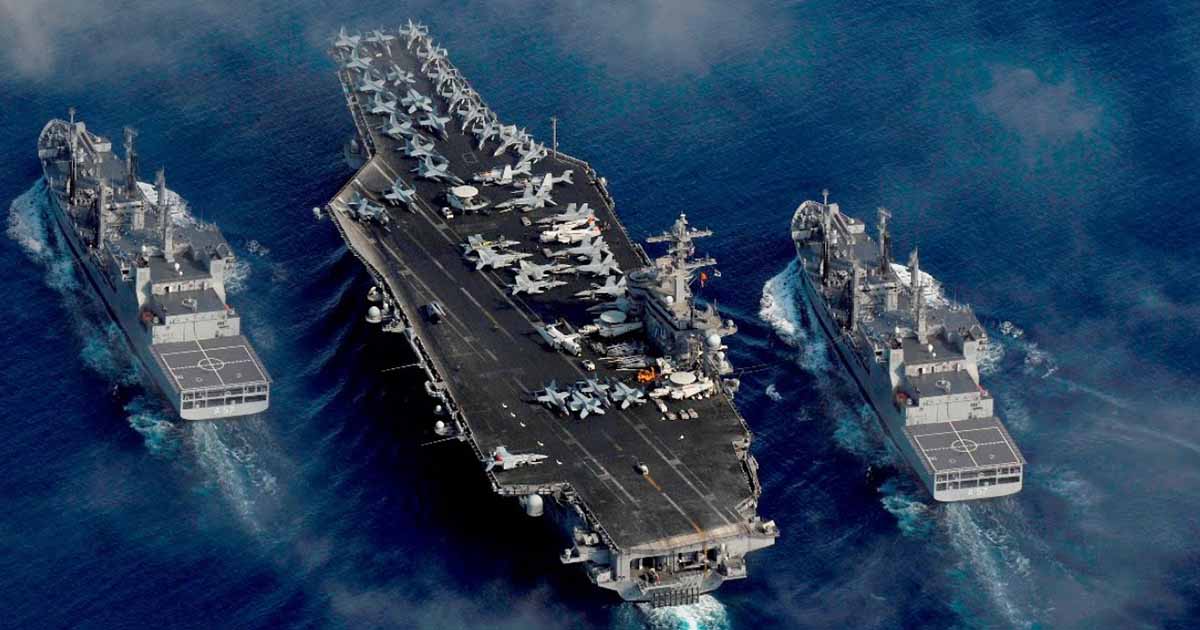 United States, India, Japan, and the Philippines conducted joint naval exercises in the South China Sea following a protest from China which believes that it has an inherent claim to these waters. A U.S guided missile destroyer, a Japanese aircraft carrier, two Indian Naval ships, and one Philippines Navy patrol boat participated in the exercises.

“Professional engagements with our allies, partners, and friends in the region are opportunities to build upon our existing, strong relationships,” Commander Andrew J. Klug, the captain of the U.S. destroyer, the USS William P. Lawrence, said in a statement.

The countries have conducted military exercises in the past individually, but the joint display of power poses a new dimension of threat for China who has never accepted the sea boundaries enacted as per the United Nations law claiming that almost entire of the South China Sea is its sovereign territory. It has eventually culminated in the South China Sea becoming one of the most militarized waters of the world.

After World War II, the United Nations agreed to a formula for determining the maritime border of countries which states that within 200 nautical miles from the shores, a country can lay claim of any resource found within the water.

Why is the South China Sea Contested?

The South China Sea is one of the most resource-rich parts of world’s ocean mass containing an estimated 11 billion barrels of oil, 193 trillion cubic meters of natural gas and 10% of entire global fisheries industries. The sea route also facilitates about 30% of global trade most of which has Chinese manufactured goods transported to the rest of the world.

After World War II, the United Nations agreed to a formula for determining the maritime border of countries which states that within 200 nautical miles from the shores, a country can lay claim of any resource found within the water. But China has always abided by its own demarcation of the South China Sea, shunning what the United Nations has decided, giving itself control of nearly 90% of the entire South China Sea. It has since been the reason for discord between China and countries surrounding the South China Sea such as Vietnam, Philippines, and Japan.

China Consolidating its Power in the Sea

China has established several military bases and airfields over artificial islands it has formed over the last several years. It has deployed bombers and fighter jets which carry out a reconnaissance mission over the water sparking outrage from neighboring countries and especially the United States of America.

Though the USA does not directly have any claim to these waters, some part of it, as per the United Nations’ formulae constitute International waters where every country has equal claims. Furthermore, Japan and India have been the key allies of the United States therefore; it is showing its military muscle to China under the pretext of helping the allies.

It gives the United States Navy a reason to justify its presence in these waters. In the worst case scenario, the South China Sea has emerged to be the plausible battleground between the U.S and the Chinese forces. And apparently, China is aware of the increasing risk near its shore which is why it has excelled in the medium range anti-aircraft carrier hypersonic missiles to woo the backbone of U.S Naval fleet.

Read more: The Blueprint For The 100-Year-Long US-Indian Strategic Partnership

So far, the conflict is kept under a certain threshold avoiding the military standoff between China and the United States. Both sides occasionally go on to flex their military muscles inviting condemnation from each other. But if the matter is not resolved via diplomacy, it will be increasingly heading toward an armed standoff.

News Desk - 24 July 2021
Senior officials to visit Washington since, after its withdrawal from Afghanistan, peace is critical to stability for the region.

Indo-US nexus in Indian Ocean & beyond

Philippines to Singapore: Passing the baton of ASEAN chairmanship and challenges of regional cooperation