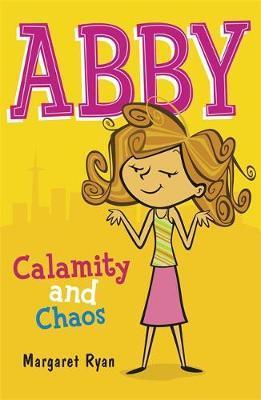 The latest general election of 2018 enabled Imran Khan to emerge as a central figure in the country’s political and policy-making processes; surely, the rise has been celebrated and rejoiced by his followers and fans. Therefore, whether Imran Khan acknowledges it or not, there exists a moral bond between him and his electorate. But this whole concept of his leadership can have no meaning if he starts signaling that in times of troubles and tribulations the nation mustn’t count on him and that he will not stand by them.

Paradoxical though it may seem that at one hand Imran Khan wants to be taken to his words and at the other, he is himself espousing the doctrine of U-turn. The core of leadership is coherent and united and has no two arms: that at one arm he is trustworthy and that at other he isn’t a leadership at all. It’s a blend so loathsome that even a retailer would hate to boast of.

The Soviets afterward were especially benign; they even recognized Germany’s authority over Slovakia and started providing oil to Germany. The détente helped Germany to become a power completely unrivaled in Europe.

Currently, Imran Khan does not suffer from a credibility gap, at least among the majority of his electorate. Surely, he has flip-flopped on some of his policy positions (take his stance on the unrest generated after the SC verdict on Asia Bibi). Agreed that the seat of the PM is not alone from which we derive our nation’s credibility, but the words of the powerful sitting PM have consequences.

As there is already a general lack of faith in the country’s institutions and its economic prowess, the erosion of the PM’s credibility will make the general populace to hesitate from putting trust in him and his abilities. Consequently, the demonstration of resolve for the government’s policies will become costlier, laborious and risky. Surely, this is an outcome that Imran Khan would not want to see.

And this is also true about the world of international relations. In matters of international importance, political, economic and strategic, honorable expectations are generally raised from one state of another state. Especially in situations of crises when emotions run high and when certainty gives way to uncertainty and polarization of opinions, it is generally advisable for the leadership to demonstrate credibility and resoluteness.

Backpedaling, therefore, is not a quality to be cherished: it is condemnable. In international affairs, as in domestic life, a country can take a U-turn only by exposing the good name and conduct of the country to grave criticism and consequences.

However what’s more worrying about Imran Khan’s assertion on U-turn was the way he pictured Hitler: “Hitler suffered huge defeats and caused losses because [he] did not take a U-turn.”

The message that IK has tried to communicate is bizarre. It suggests at best a very poor understanding on his part of how the wider political, economic, and military paradigms operate.

The fact is, Imran has got the life of Hitler quite the opposite. Hitler was, in fact, the victim of taking U-turns. Yes, it was U-turn that triggered the fall of Hitler and, therefore, Germany. Take the example of his Russia policy: In August 1939, Hitler had signed Molotov-Ribbentrop Pact with Russia that started an era of friendly relations between the two.

The Soviets afterward were especially benign; they even recognized Germany’s authority over Slovakia and started providing oil to Germany. The détente helped Germany to become a power completely unrivaled in Europe. In no point in its history has Germany been commanding such an authority as it has now. By every account, Hitler was in an enviable situation.

The fate of Hitler, just as of his Nazi Germans, depended on the preservation of the pact. But Hitler misread the geopolitical environment. He made the U-turn (in 1941 he put aside the pact and invaded Russia). That U-turn opened the horrendous ‘Eastern Front’, costing the lives of nearly 20 million people and making it perhaps the deadliest conflict in human history.

Read more: PM Khan under fire on social media for his “U-turn” statement

Hitler lost, so did his Nazi Germany. So in quite a contrast to what Imran Khan contemplated, had Hitler not taken the U-turn, the map of Europe and perhaps of the world would have been far different, so much so that the dignity, honor, and interest of Germany might have been preserved and projected.

The message that IK has tried to communicate is bizarre. It suggests at best a very poor understanding on his part of how the wider political, economic, and military paradigms operate.

Take the case of the U-turn that Gorbachev made in the midst of 1980s, in essence though to reform and reinvigorate the Soviet economy and polity: Viewing the Cold War from the lenses of a communist we get the reading that in a bi-polar world where power was configured between the USSR and the US, the Soviet Union carried an immense responsibility of preserving peace by placing its tremendous military and economic might against the US. For years the Soviets leaders and policy-makers had been telling their communist allies that they could rely absolutely on the support of Soviet Russia.

To propose U-turn, in the face of increasing challenges and uncertainties, is a naked reversal of the positions Imran Khan has earlier advocated – so much so, indeed, that it is hard to believe that this was truly his intention.

By the time, however, Gorbachev took charge of the Soviet Union, the USSR was undergoing among one of the tensest periods, its military overstretched and its economy paralyzed. Reforms were indispensable. And, hence, Gorbachev launched Glasnost (political openness) and Perestroika (economic restructuring).

These were not, however, strictly speaking, a reform agenda. In essence, it was a radical U-turn; a U-turn from all what the Soviet Union for decades had been protecting and projecting within and without its borders. Reforms are meant to be successful when they are gradual. Consequently, the once-mighty USSR collapsed and disintegrated.

The policy of U-turn encourages adversaries and enemies and produces an opposite, discouraging impact on allies and friends. Take the example of Pakistan not joining the Saudi-led coalition in the Yemen conflict: As Arabs leaders boast little credibility, therefore, they are not reliable. It was a reason enough for Pakistan to keep itself away from joining the Saudi-led conflict.

Read more: PM Khan on U-Turns: What he said and what he meant?

So how can exactly the nation come to reconcile the trauma brought upon to them by the PM who advocates so blithely of taking U-turn whenever things get harder and harsher, without even thinking for a moment the moral, propaganda and policy implications of his utterances? The reconciliation becomes even harder when we contemplate the reality that he is the PM of a country whose resilient sons and daughters, regular as clockwork, take a great toll to breathe a life into their dreams, and whose soldiers for the sake of preservation of peace are constantly engaged in hostilities at fields so rugged, desolate, and harsh.

So what was Imran Khan up to? His unequivocal support for the U-turn is so difficult to understand that it has nearly produced a ceaseless debate within the country’s political discourse. There is the possibility that Imran Khan was trying to send signals to the superior judiciary that he cannot be expected of implementing decisions so remote to his narrowly-conceived political interests.

In essence, it was a radical U-turn; a U-turn from all what the Soviet Union for decades had been protecting and projecting within and without its borders.

Or perhaps he was trying to accommodate his uncertainty about whether his government would be able to execute the promises he made during the election campaign. Or maybe Imran Khan is not interested in serious policy-making at all. Anxiety about the increasing futility of his government’s national economic strategy may also have made him this awful.

Whichever view we take, it is clear that Imran Khan’s ranting was clearly an example of open contradictions. To propose U-turn, in the face of increasing challenges and uncertainties, is a naked reversal of the positions Imran Khan has earlier advocated – so much so, indeed, that it is hard to believe that this was truly his intention.

So anyone who believes in, or at least wishes for, the maintenance of peace and prosperity can hardly support the proposition that Imran Khan has made. As for Imran Khan, he would be better off if he refrained from making such unstable statements. Instead of doing any benefit to him it will only convince the world and his electorate that he is by nature erratic.

Mudassir Saeed Laghari is a Pakistan-based researcher and development practitioner. He has served as Editor at the Jahangir’s World Times. The views expressed in this article are author’s own and do not necessarily reflect Global Village Space’s editorial policy.