The United States has requested a closed-door UN Security Council meeting for Thursday at which President Donald Trump's son-in-law and adviser, Jared Kushner, is to present the administration's new Mideast plan which is opposed by the Palestinian leadership 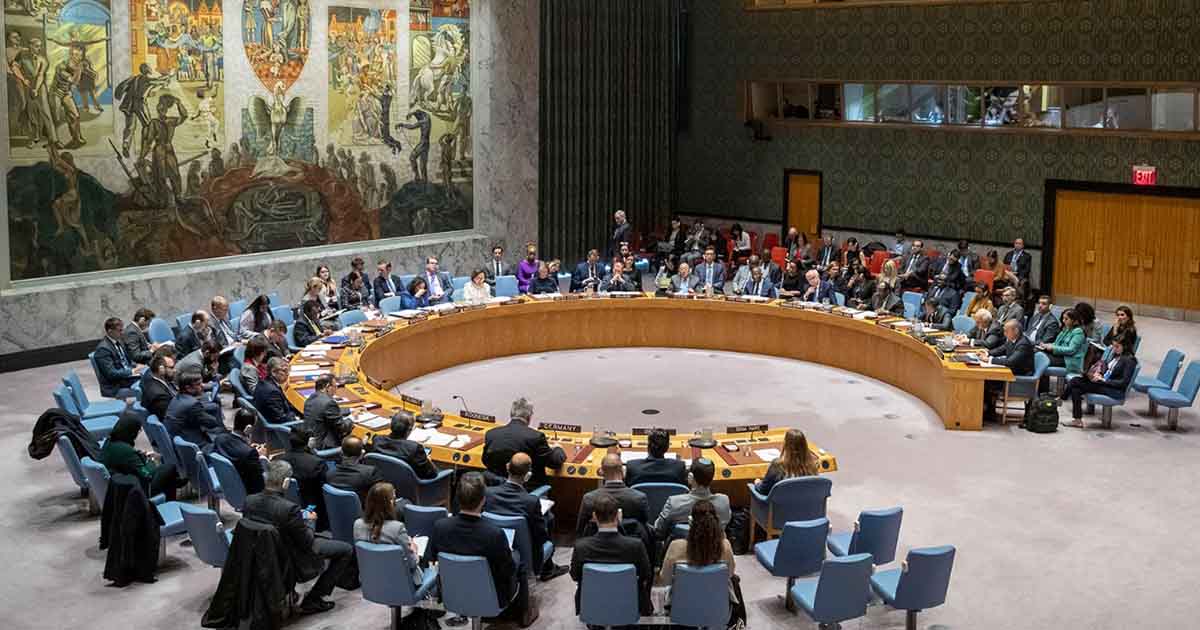 The United States has requested a closed-door UN Security Council meeting for Thursday at which President Donald Trump’s son-in-law and adviser, Jared Kushner, is to present the administration’s new Mideast plan which is opposed by the Palestinian leadership, diplomats said.

Kushner, a key architect of the plan, will brief the 14 other members at noon (1700 GMT) on Thursday, said Ambassador Marc Pecsteen de Buytswerve of Belgium, which holds the rotating presidency of the Security Council.

The Belgian envoy said he was also expecting a formal Palestinian request for a meeting on the plan with their president Mahmud Abbas, who set to visit the United Nations on February 11.

The UN Security Council (#UNSC) is scheduled to meet next week to discuss #US President #DonaldTrump's controversial #MiddleEast peace plan which has already been rejected by the #Palestinians, diplomatic sources said.

The Palestinians, who have strongly criticized Trump’s plan, have indicated they plan to submit a draft resolution through Tunisia, a non-permanent member of the Security Council.

The resolution’s content has not been divulged as yet, but the United States would likely oppose it, using its veto, if necessary, should it gain the support of nine council members, the minimum required for passage.

In late 2017, a Palestinian-inspired resolution condemning Washington’s unilateral recognition of Jerusalem as Israel’s capital received 14 votes in the Security Council, but the United States quashed it with its veto.

A similar resolution proposed during the UN General Assembly, a 193-member body in which no country has a veto, was approved by a vote of 128 in favor, nine against and 35 abstentions. The remaining 21 countries chose not to be present for the vote.

Kushner is the architect of the plan unveiled by the president a week ago, and rejected Saturday by the Arab League and by the Organization of Islamic Cooperation on Monday.

It makes numerous concessions to Israel, proposing the establishment of a Palestinian capital in Abu Dis, a suburb of Jerusalem. The Palestinians have long sought the whole of east Jerusalem as their capital.

The US proposal also gives consent for the annexation of Israeli settlements as well as the Jordan Valley, Palestinian territories occupied by Israel since 1967.

The US mission at the United Nations would provide no details on the request for a Security Council meeting.

In a statement Saturday, Israel’s ambassador to the UN, Danny Danon, said he has launched a campaign to persuade member countries not to support any Palestinian action that is hostile to the US plan.

US sanctions on Iran, ‘toughest ever,’ take force Monday