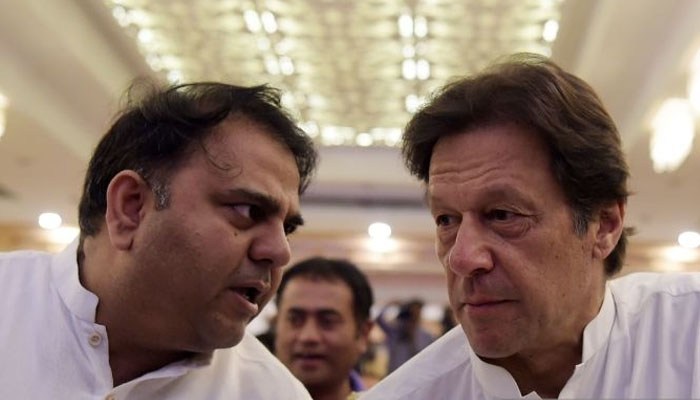 It’s utterly astonishing, how Imran Khan has been ridiculed and judged for a bad show in Jhelum. Media pundits and political analysts have bashed Imran for the poor show which left his supporters in Jhelum bamboozled. It came out of nowhere. No one in Jhelum had expected this debacle, especially after the way Nawaz got embarrassed in Jhelum. In a last-ditch attempt to woo voters, political parties are busy in jalsa’s, and small corner meetings. As the election campaigns approach its finale, Imran Khan is jolted. A series of rallies in the last couple of days saw a lukewarm response from people in Jhang, Jhelum and then in Shahdara.

The lackluster show in Jhelum, in particular, has come as a surprise. Jhelum is significant because party’s central information secretary Fawad Chaudhary belongs to Jhelum. He is contesting from NA-67, Jhelum-II. The presence of merely 2,000 to 2,500 people is shocking for a man of his stature. What was even more surprising was the way Fawad defended his miserable show on media. He blamed hot weather for the flop. In fact, during the campaign trail, party chief praised the remarkable, praiseworthy and enthusiastic presence of party workers and activists even during the scorching heat across the country.

Imran’s decision to arrive early and speak, even, when constituents were on their way, unlike other political leaders is a testimony of his truthfulness. At least, he is not fake and didn’t give a lame excuse to fly straight to Lahore.

Only a few days ago, the same Insafian tigers braved the hot weather in other parts of Punjab. What could really stop them from participating in another rally in Jhelum? Especially in the city where the Insafians have only increased in number in recent years. One of the factors which differentiate PTI supporters from other parties is the pure will to attend the political gathering without any greed or benefit. Reports coming out of Jhelum suggest that timing of the jalsa was not clear. PTI team from Jhelum had given the time of 7 o clock, while Imran landed much earlier than the specified time.

The security concerns remained a problem. Imran first landed in City Housing Society but had to fly again after intelligence/security agencies did not clear him to reach the venue by road. Imran flew straight to the venue. With the only handful of people in the Zamir Jaffri Cricket Stadium, Imran did not wait even for other speakers to address the audience. After speaking for only a few minutes, he left for Lahore. I had decided to cover the event, and to speak with people. By the time, I reached the stadium Imran had left the stadium. And a huge crowd was on its way to the stadium from different parts of the city.

All this happened so quickly that even some of the people from management, and close lieutenants of local political leaders, could not reach the venue. Two factors played a decisive role in making it a disaster for local PTI leadership. Firstly, the local leadership could not even make to the venue. The empty stage is a testimony to what is claimed here.  When Imran left the stadium, the local PTI leaders were on their way to the stadium.

Even the people living in the surroundings could not make it to the stadium. It’s a common practice that, once people know that Khan/or any political leader has reached, they take off. Due to security threat to Khan, extraordinary arrangements were made and people had to undergo security checks to enter the stadium, which hindered the pace of people allowed in the stadium.

The presence of merely 2,000 to 2,500 people is shocking for a man of his stature. What was even more surprising was the way Fawad defended his miserable show on media.

Secondly the plan was set to bring Imran through a rally to the venue from the city housing society, where he first landed. But Khan was not given the security clearance to hit the GT road, where the rallies coming from Tehsil Sohawa and Domeli were supposed to join him. But the change in strategy at the last minute jeopardized the grand plan.

If one looks at the footage of the jasla, it gives credence to the management’s viewpoint that plans were in place for the jalsa between 9 pm to 10 pm. Because in Pakistan people never turn up exactly on time, it always takes time to fill up the stadium. The footage of the jalsa available on Youtube and social media reveals that management had prepared for the night show.

Read more: PML-N’s U-turns in Jhelum for the second time, ignored by…

It’s important to understand that Imran arrived before time. When Nawaz visited the same venue, during the peak of his anti-judiciary and anti-establishment rallies, hardly 3,000 people turned up, and the majority of 5,000 seats were empty.

And, that too, after twice delaying the jalsa, which was supposed to start at 3:00 pm, but neither local leadership nor the supporters turned up to the venue. Time of the gathering was changed to 6:00 pm, even then, there was no much footfall. Local leadership was present after 6:00 pm, however, surprisingly; people were nowhere to be seen. Much to the relief of the organizers, a small group of people started to reach the venue. Around 7 pm, the stadium had some people but it was not up to the expectations.

During PML-N’s jalsa, when Nawaz was about to start his speech, around 7:30 pm, organizers did something extraordinary and started collecting the chairs placed on the right side of the stage. GVS spoke to organizers and enquired about the move. To which the organizers said that local MNA’s sitting on the stage had ordered to remove the chairs, presumably to avoid getting caught the eye of the PML-N senior leadership.

The local leadership could not even make to the venue. The empty stage is a testimony to what is claimed here.  When Imran left the stadium, the local PTI leaders were on their way to the stadium.

The difference between the two campaigns should not be ignored. Imran reached the stadium before the stipulated time and left only after 10-minutes. While, Nawaz waited for hours in the house of local leader, and had meetings with the local leadership before heading for jalsa. He only left, when it was dark enough to hide the embarrassing situation, and some people had turned up. But Imran did not pay heed to such an issue. He reached the venue before stipulated time and acknowledged during the speech that people were coming.

Read more: Jhelum symbolizes all that could go wrong with PTI politics

Besides, he has been addressing three to four venues in a day, on time, without delays. Based in the evidence at hand, Jhelum’s jalsa cannot be used as an example to laments Khan’s chances in the NA-66 and NA-67 and Punjab. Rather, it was timing, bad management, and the security threats which led to this debacle. I wonder, why Fawad did not explain it in a better way, given the fact that political pundits ripped Khan off for this sudden poor shows.

Imran’s decision to arrive early and speak, even, when constituents were on their way, unlike other political leaders is a testimony of his truthfulness. At least, he is not fake and didn’t give a lame excuse to fly straight to Lahore.

The nation wants an ‘Islamic Pakistan’ instead of ‘Naya Pakistan’: Siraj ul Haq

Will Imran Khan get disqualified today?