According to Nizam Hassan, Pakistan's education system is a failure due to a host of reasons. One of the reasons is the regressive attitude of teachers who themselves are the product of this failed system. 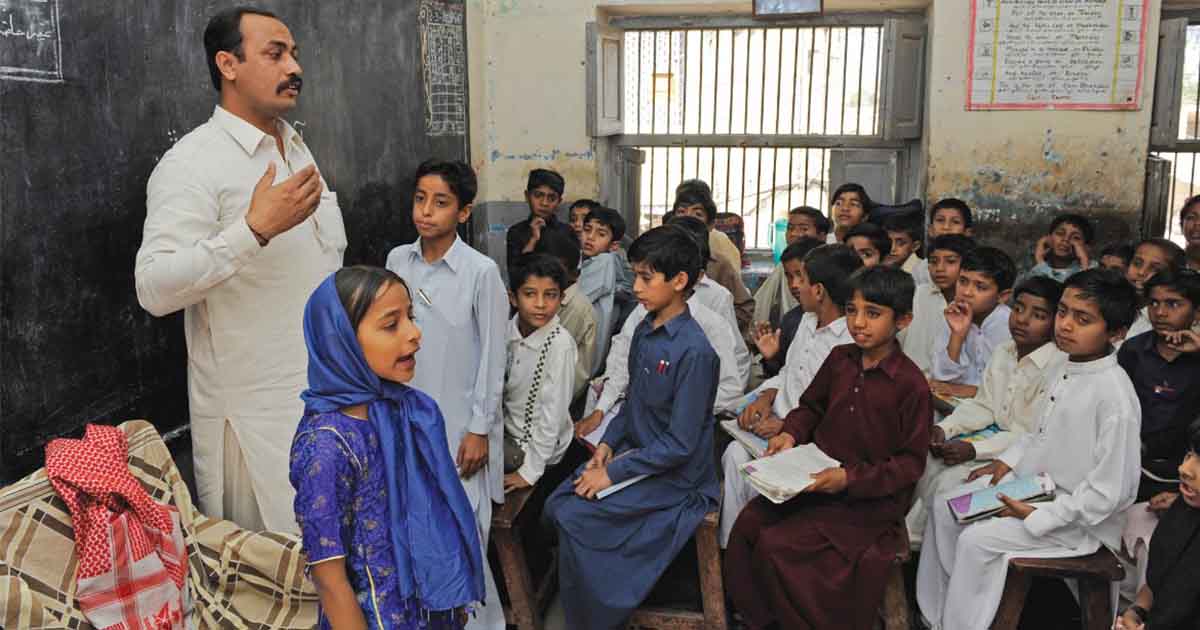 Pakistan’s education system is rife with flaws that inhibit the potentials of creativity and analytical thinking. Similarly, the defining role of teachers in the suppression of the elements of analytical education can not simply be overlooked.

The regressive, obsolete, and clumsy attitude of teachers towards students leads to diminished creativity. In fact, this is an imminent reason why our system desperately fails to produce thinking minds.

Moreover, the constant discouragement of students from their teachers suppresses the progressive and analytical buds in them.

As part of the system, I often confront the regressive behaviors of my teachers. The question which baffled me the most: Am I the only student facing the wrath of teachers?

The question compelled me to conduct small-scale educational research in various universities and colleges of the province of Balochistan. At the end of my research, I came across a conclusion that “No, I’m not the only student suffering from the wrath of teachers.”

Read more: Crimes of Ego: Have Pakistani parents declared a war against teachers?

I found a reasonable number of students who are the victims of the same thing: the regressive behavior of teachers. Wittingly or unwittingly most of the teachers try to put a veil on students’ natural abilities. During my research, I too encountered many students who were even dragged out of the classes upon asking questions frequently.

This is, however, not only a condition of education in Balochistan, almost all provinces paint the same color. Education institutions across the country apply the same regressive, obsolete, and non-inclusive tools to tape off the critical thinking of students.

However, the semester system has further fueled the issue. For instance, the practice of harassing students in the name of marks and papers is prevalent in the institutions. Similarly, there are also teachers who endeavor to create an atmosphere in the class which hardly leaves any space for being creative and critical.

As the result, the poor students have no other alternative but to remain fully obedient by not questioning the teachers. Beyond the exams and papers, they are bound to think nothing. Thus, pushing down the probability of progressiveness and inclusiveness.

Apart from the teacher’s rude and regressive behavior, the burden of assignments, quizzes, and presentations compel them to go for copying the materials. Simply in such conditions, there remains no space for students to ask questions.

Most of the teachers consider ‘asking questions’ as an insulting and derogatory term. Thus, they, as usual, take revenge on such students in marking the papers. This is the flaw in the system which discourages progressive and analytical aspects of the students.

Therefore, such behavior often devoid the pupils of their natural talent and abilities. Furthermore, our education system forces students to gain excellence in copying things.

If we critically analyze the loopholes of the system, we obviously will come to know the inevitable answer of failure of the whole education system. Certainly today we are having a vast number of graduates but do we have good scientists, engineers, or doctors? Of course, the answer is no.

In contrast, we can’t put the entire blame on teachers either, because they are the product of this failed education system, too. Unfortunately, we inherited a colonial system that was introduced by the colonial forces for some restrictive purpose in the sub-continent.

Read more: Can education be decolonized in Pakistan?

After nearly 70 years, we are still crawling with an outdated, obsolete, and regressive education system. In the long past of Pakistan, we barely can see any sort of development in the education sectors.

In spite of injecting ingredients of analytical and critical education, our conservative regimes used the sector as political grounds.

Read more: Pakistani politics and why it needs a revolution

The main thing is that policymakers are wide off the mark from even identifying the basic loopholes in the system. Due to the less amount of budget allocated for education, most of the educators left no hopes for the betterment of the system.

Moreover, the trajectory of the country’s history evidently shaped in a way that has perpetuated a sense of security rather than an education state. When a state patronizes and prefers defense over education, its downfall becomes inevitable.

Finally, progressive and critical education is the only way forward to climb the ladder of prosperity. We can experience our hollow status in the international arena, bypassing education will further leave a drastic impression on the country.

It is high time for the so-called upholders of the glory of Pakistan to realize the importance of modern education in this era of technological progress.

Last but not least, for a bright and shiny future of the country, educational reforms must remain top of concerns.

The writer is a teacher at Delta Language Centre Quetta. He is based in Awaran, Balochistan. The views expressed in this article are the author’s own and do not necessarily reflect the editorial policy of Global Village Space.

The willful distortion of historical dates