Unexpectedly, Shaan Shahid thanks Netflix, not PTV for airing Ertugrul 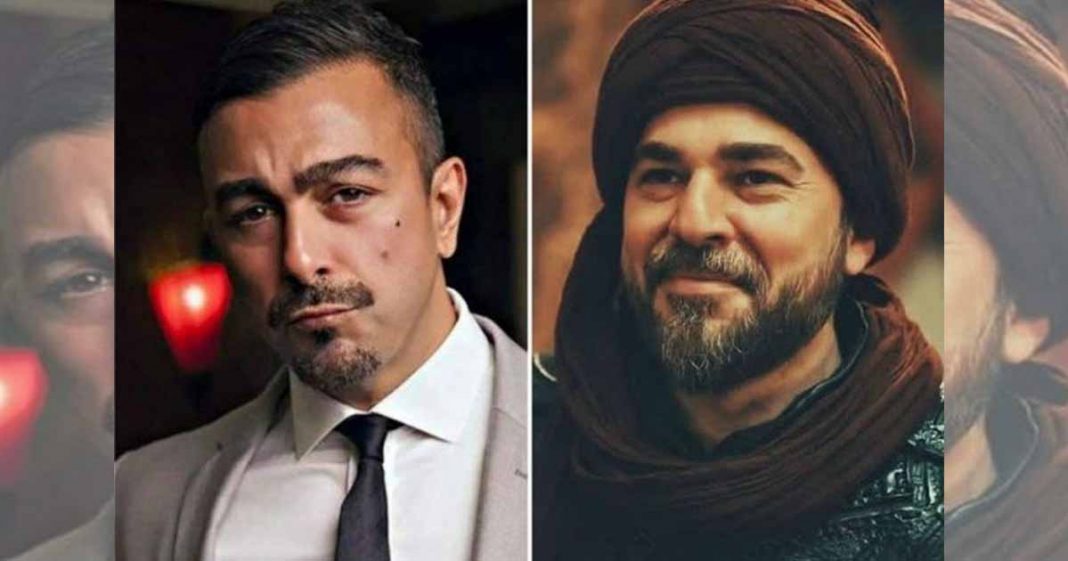 Shaan Shahid praised the powerful performances of the actors and the production team of the serial. He even called the show a masterpiece to watch. The actor in a now-deleted tweet stated that PTV charged Rs.7 billion to broadcast Dirilis Ertugrul that is already available on Netflix.

But despite praising the serial, the actor received flak on social media for a baseless and unwarranted criticism on PTV broadcasting Dirilis Ertugrul. His comments triggered a strong reaction from social media users.

Social media users informed Shaan Shahid that PTV broadcasted the serial in Urdu dubbing. On Netflix, the series is available with English captions. But the majority of the people in Pakistan are not familiar with the English language. Also, not everyone can afford to watch the serial Dirilis Ertugrul on Netflix. But, PTV is available to everyone on their TV screens.

Meanwhile, another Twitter user asked Shaan Shahid to learn about the Islamic values from the serial instead of criticizing it. However, the user’s comment irked the actor Shaan Shahid. The actor retorted to criticism with a strong reaction. He said he does not need to learn his religion from the dramas and serials. Shaan Shahid said, thanks to God my mother has taught me about the religion. He added that these Turkish actors are charging money to perform wudhu on television.

Mr. Shahid, I am delighted to read your kind and sincere views about #ErtugrulGhazi. @TRT and @PTVHomeOfficial also deserves to be thanked as much as Netflix. Hope to see you in your second home, Turkey… https://t.co/HK7CT6AlGJ

Shaan Shahid expressed his disillusionment over PTV broadcasting the Turkish serial, Dirilis Ertugrul. He believes that the state should promote and produce local content instead.

The actor added that there is no need to celebrate the Turkish warriors. Instead, Pakistan should produce such projects on the local heroes of the sub-continent. His comments came in response to senator Faisal Javed’s tweet. The senator had shared the link of PTV’s YouTube channel airing Dirilis Ertugrul. The actor wrote, “Try to find our history and it’s heroes.”

Shaan’s comments triggered a war of words between him and social media users supporting the state’s decision to air Turkish serial-Dirilis Ertugrul.

Social media users slammed the criticism by Shaan Shahid. A Twitter user said that the history of the sub-continent primarily features the Mughal empire who lived an opulent lifestyle. Moreover, so much has already been produced on these Mughal emperors and 1947 partition. Hence, there is no harm in telling the youth about Muslim heroes irrespective of their origin.

Shaan Shahid dissented the popular opinion on Dirilis Ertugrul. He argued that PTV should produce content like this on local heroes. Also, he added that the state’s decision of airing Dirilis Ertugrul is harming the local entertainment industry.

Another user argued that Osman Ghazi and Ertugrul Ghazi are Muslim heroes. So, the actor must not fall for racial discrimination.

Shaan Shahid continued to defend his argument. Another user asked Shaan Shahid to produce mega projects like Dirilis Ertugrul. To which, he said, such projects are difficult to make without the support of the state. He says the government needs to make such policies to support the industry.

He says PTV should make use of the funds given to them from the taxpayer’s money. But, despite the unbridled opposition from the social media, Shaan Shahid opposed Dirilis Ertugrul.

Other senior actors including Reema Khan also expressed concerns over PTV broadcasting Ertugrul. For them, the broadcast of foreign content would undermine the local entertainment industry. Also, social activist Jibran Nasir opposed the airing of Turkish serial Dirilis Ertugrul on PTV. According to him, the popularity of Dirilis Ertugrul will trigger an identity crisis among Pakistanis.

But the present generation of actors including Osman Khalid Butt and Saba Qamar has appreciated the decision of PTV to broadcast Dirilis Ertugrul.

Who did it better? Maryam Nawaz or Esra Bilgic

Ertugrul: Turkish Game of Thrones, An inspiration to rebuild the Islamic Empire