US and China wants a do-over over their trade policies

China and US reconsidering their past trade policies, distrust among traders, term to be set in a meeting. 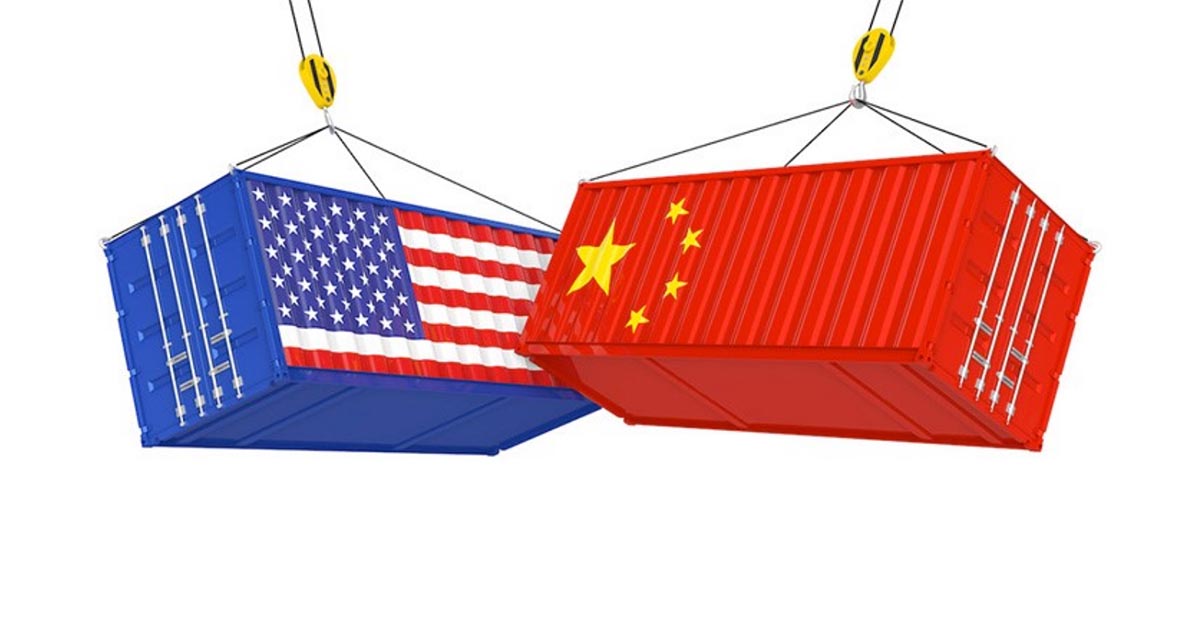 The world’s top two economies on Thursday were due to resume fraught trade talks just as a truce between them verged on collapse, with hostilities poised to escalate after months of seemingly collegial negotiations.

Rather than sealing a deal this week — as officials in both countries had previously hinted was possible — Chinese trade envoy Liu He instead returns to the bargaining table just hours before Washington is due to ramp up tariffs on hundreds of billions of dollars in his country’s most valuable exports.

President Donald Trump tweeted Wednesday that Liu still wanted to “make a deal” but late in the day China vowed to retaliate by taking “necessary countermeasures” should Trump persist in more than doubling the tariffs on Friday. This was not how the week was initially meant to go.

Chinese trade envoy Liu He instead returns to the bargaining table just hours before Washington is due to ramp up tariffs on hundreds of billions of dollars in his country’s most valuable exports.

The sudden rupture has roiled global stock markets this week, inflaming anxieties among exporters, markets and industries that had been lulled into optimism in recent months as both sides steadily announced progress in their efforts to end the trade war Trump started last year.

American officials this week accused their Chinese counterparts of retreating from major planks of an agreement they had been working toward since early in the year that aims to resolve Washington’s grievances of industrial theft, massive state intervention in markets and a yawning trade deficit.

Scott Kennedy, a China trade and economics expert at the Center for Strategic and International Studies, told AFP on Wednesday that the negotiating teams were unfamiliar with each other. “The possibility for miscalculation on both sides is pretty high,” he said, adding that the Chinese had apparently misjudged the American side’s intolerance for backtracking.

“It turns out the Chinese had pulled out an eraser and started taking back things that they had offered,” said Kennedy. “They didn’t realize when they pulled their concessions off the table that the administration would have the reaction that it did.”

The sudden rupture has roiled global stock markets this week, inflaming anxieties among exporters, markets and industries that had been lulled into optimism in recent months.

There’s a Lot of Pressure

Since last year, the two sides have exchanged tariffs on more than $360 billion in two-way trade, gutting US agricultural exports to China and weighing on both countries’ manufacturing sectors. US Trade Representative Robert Lighthizer released an official notice on Wednesday making the tariff increase a virtual fait accompli.

Duty rates on a vast array of Chinese-made electrical equipment, machinery, auto parts and furniture will jump to 25 percent at midnight Thursday (0400 GMT Friday), a painful leap up from the 10 percent, first imposed last year.

Washington has demanded far-reaching and profound changes to the Chinese economy, such as submitting state enterprises to market principles, reducing massive subsidies and ending the alleged theft of US technology.

Analysts say China will be reluctant to make many of these changes, which could undermine the Communist Party’s political power. And it is possible each side believes it is better positioned than the other to withstand the pain of the trade war, according to Kennedy.

Trump suggested Wednesday on Twitter that he would be just as content to strike a deal as to leave punitive import duties in place, believing they generate billions in government revenue.

The reason for the China pullback & attempted renegotiation of the Trade Deal is the sincere HOPE that they will be able to “negotiate” with Joe Biden or one of the very weak Democrats, and thereby continue to ripoff the United States (($500 Billion a year)) for years to come….— Donald J. Trump (@realDonaldTrump) May 8, 2019

While US companies complain of lost export markets, disrupted supply chains and higher costs, the trade war has so far not knocked the steam out of the American economy, which continues to see steady growth and hiring amid falling unemployment.

Read more: Support for US Iran policy out of left field: China dramatically reduces trade with…

Anthony Nieves, who heads a survey of the services sector by the Institute for Supply Management, told reporters on Wednesday the tariffs were hitting China “a lot more than what we’re feeling over here in the states. There’s a lot of pressure on them.”

A China trade and economics expert at the Center for Strategic and International Studies, told AFP on Wednesday that the negotiating teams were unfamiliar with each other.

It remained uncertain on Wednesday precisely what offers Beijing may have withdrawn in the talks. Various media accounts indicated the Chinese side had balked at US demands that Beijing codify the seven-chapter agreement in Chinese law and publish the text of the agreement or indeed had sought to weaken most of its core elements.

Mary Lovely, an economist and expert on China trade at Syracuse University, told AFP on Wednesday the Chinese objected foremost to enacting a law to ratify the agreement, given that the text of any accord was likely to be “vague.”

In a concern for Trump, the tariffs due to rise Friday also have a greater potential to pinch US voters in their wallets as they could increase prices for popular consumer items, according to Lovely.

She also doubted the Chinese side had simply miscalculated the potential American reaction, adding that Liu, the Chinese trade envoy, likely still believed he could offer enough concessions to ensure a deal with the Americans. “They’re bringing enough gifts to please the Grand Poobah in the White House,” she said. “Otherwise, I don’t think Liu would be coming.”