US bases named after racists wont be renamed: Trump

Donald Trump has rubbished pressure to change the name of US bases named after racist Confederate Generals, claiming that these bases are a part of US History. Meanwhile, US citizens battle against systemic racism. 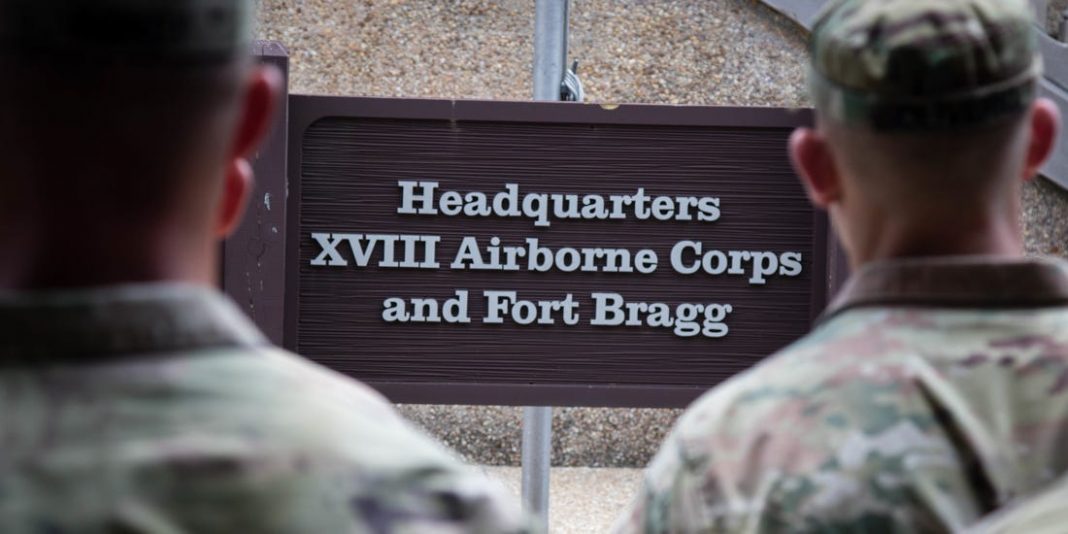 President Donald Trump on Wednesday ruled out a change to US military bases named after racists (Civil War Confederate leaders), pushing back on pressure to rid public places of monuments honoring the once pro-slavery South. This comes amid rising public dissatisfaction over systemic racism in the United States, which has lead to mass unrest across the country. Meanwhile, President Donald Trump has adopted a martial stance toward the protests, maintaining that they are nothing but acts of sponsored terrorism on American soil.

“These Monumental and very Powerful Bases have become part of a Great American Heritage, and a history of Winning, Victory, and Freedom,” Trump said in a tweet.

…Our history as the Greatest Nation in the World will not be tampered with. Respect our Military!— Donald J. Trump (@realDonaldTrump) June 10, 2020

“My Administration will not even consider renaming these Magnificent and Fabled Military Installations. Our history as the Greatest Nation in the World will not be tampered with,” he wrote.

Trump rubbished demands to US bases named after racists

The importance given by Trump to keeping bases like Fort Bragg in North Carolina as they are was underlined by the decision of press secretary Kayleigh McEnany to read out the tweet and to give printed copies of it to White House reporters.

She called the push for change an “absolute non-starter.”

Demand for renaming such installations has gathered momentum in the wake of mass protests across the United States against police brutality and racism against African-Americans.

Ten bases honoring generals from the secessionist South, which lost the Civil War and its struggle to preserve slavery, are in the spotlight. They include the famous Fort Bragg, Fort Hood in Texas and Fort Benning in Georgia.

Anger from anti-racism protesters has also focused on statues of southern Civil War heroes, the Confederate flag, and most lately statues of explorer Christopher Columbus, who opened the Americas to European settlement.

A statue of the navigator was beheaded in Boston, police said Wednesday. Another was toppled in Virginia.

Similar attacks on statues of historical figures seen by activists as celebrating racism and slavery have taken place in Britain and Belgium.

On Wednesday US House Speaker Nancy Pelosi said 11 statues of Confederate soldiers or officials should be removed from the US Capitol.

“Monuments to men who advocated cruelty and barbarism to achieve such a plainly racist end are a grotesque affront to these ideals” of American democracy and freedom, the top Democrat in Congress wrote to a bipartisan committee.

“Their statues pay homage to hate, not heritage,” Pelosi added. “They must be removed.”

US bases named after racists: Confederates were not heroes

Defense Secretary Mark Esper had indicated earlier this week that he’d be at least open to a “bipartisan discussion” on base renaming.

The Navy, meanwhile, said that it was outlawing Confederate flags — still popular in southern states — aboard all its ships and other facilities.

On Wednesday the stock-car racing company NASCAR announced it too was banning Confederate flags because they run “contrary to our commitment to providing a welcoming and inclusive environment.”

The logic to Trump’s declaration that the southern generals’ names represent US “winning” habits has been questioned, given that Confederate leaders were defeated in their devastating war of rebellion against the country that today’s military serves.

“The irony of training at bases named for those who took up arms against the United States, and for the right to enslave others, is inescapable,” he wrote in a piece published in The Atlantic magazine on Tuesday.

In addition, “most of the Confederate generals for whom our bases are named were undistinguished, if not incompetent, battlefield commanders,” he said.

The US: on a banning spree?

McEnany said that Trump sees the issue as part of a broader conservative complaint against efforts to challenge long unquestioned views of American history, including the painful legacy of slavery.

President Trump said he opposes any effort by the US military to rename the nearly one dozen major bases and installations that bear the names of Confederate military commanders https://t.co/OsbnjRnc7a— CNN (@CNN) June 10, 2020

“Where do you draw the line here?” she asked, listing revered early US presidents who were slave owners — though long before the Civil War was fought to decide whether the practice should continue or not.

“Should George Washington and Thomas Jefferson and James Madison be erased from history?” she asked, also bringing up the decision of HBO Max to temporarily remove the 1939 Civil War romance “Gone with the Wind” from its streaming.

According to McEnany, renaming bases would be unpatriotic, given that they have been staging grounds for many US army deployments and wars.

“To suggest that these forts were somehow inherently racist and their name needs to be changed is a complete disrespect to the men and women” who deployed, she said.

US bases named after racists: Who were the Confederates?

Confederate States of America, also called Confederacy, in the American Civil War, was the government of 11 Southern states that seceded from the Union in 1860–61, carrying on all the affairs of a separate government and conducting a major war until defeated in the spring of 1865.

Convinced that their way of life, based on slavery, was irretrievably threatened by the election of Pres. Abraham Lincoln (November 1860), the seven states of the Deep South (Alabama, Florida, Georgia, Louisiana, Mississippi, South Carolina, and Texas) seceded from the Union during the following months. When the war began with the firing on Fort Sumter (April 12, 1861), they were joined by four states of the upper South (Arkansas, North Carolina, Tennessee, and Virginia).

All the Generals who headed the Confederacy and its army were slave-holders, with many boasting of more than a thousand slaves in their vast estates. Essentially, they believed that slavery was permitted by the Constitution of the United States, and they felt threatened by newly elected President Lincoln’s opaque stance on the issue.

The ensuing war in 1860 between the Confederacy and the United States is now known as the American Civil War. The end of the war saw the defeat of the Confederacy, and the promulgation of the 13th, 14th and 15th Amendments to the Constitution which outlawed slavery.