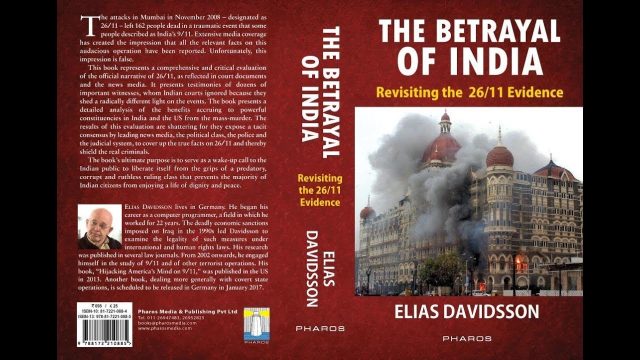 Donald Trump’s speech at the Riyadh Summit in Saudi Arabia has become the talk of the town. Choosing Saudi Arabia as the first country to begin his foreign visits has a lot to unveil about Trump’s strategic motives. If we analyze the crux of his address to over 50 heads of Islamic states, it was more of cajolery loaded with excessive praise for Middle Eastern countries to further own interests of course. In addition, it was kind of a ‘to do list’ for Islamic states, from combating extremist ideology, vanquishing the forces of terrorism, or stopping financing terrorist groups.

He didn’t even bother to mention Pakistan. Probably, Pakistan was a nuisance here among the states which were likely to go in arms trade agreements to benefit U.S weapons industry.

Both the U.S and Saudi Arabia signed an agreement of $110 billion of defense purchase in order to strengthen Saudi military. This is an approach of principled realism involving shared interests. Trump also referred the Summit as the beginning of peace in the Middle East followed by the peace in the world. He admired the role of the Middle Eastern states in combating terrorism and extremism in the region. This urged to look into the past statements of the ‘unpresidential’ President Donald Trump when every single speech included the key term ‘Radical Islamic terrorism’.

Options on the table for Pakistan

In his honeyed words of appreciation, he also showed concern for the Muslim countries which suffered as a result of ongoing terrorist wave globally. Countries he specifically mentioned were Egypt, Jordan, Iraq, United Arab Emirates and on top of the list Saudi Arabia. He didn’t even bother to mention Pakistan. Probably, Pakistan was a nuisance here among the states which were likely to go in arms trade agreements to benefit U.S weapons industry. Trump’s visit and speech left a food for thought for Pakistani policymakers.

Trump has rendered U.S past foreign policy as rudderless, ineffective, and unreliable and based his new foreign policy on experience and judgment and the policies which didn’t work in the past.

Pakistan was the sole Islamic nuclear state in the Islamic Summit. The way it was treated and silenced at such a notable forum is a matter of grave concern particularly after being given the command of Islamic alliance, that too delegated from Saudi Arabia. This entire scenario has far-reaching consequences on the role that Pakistan has to play in the newly created theater of ‘Global Centre for Combating Extremist Ideology’. A total snub of Pakistan even raised the question of whether it will be entrusted with any responsibility in the new emerging geo-strategic environment?

Before proceeding further, this is what President Trump said to PM Nawaz Sharif on a telephonic conversation after winning presidential elections in January 2017: ‘I am ready and willing to play any role that you want me to play to address and find solutions to outstanding issues’. This is a huge shift in U.S foreign policy towards Pakistan. Trump has rendered U.S past foreign policy as rudderless, ineffective, and unreliable and based his new foreign policy on experience and judgment and the policies which didn’t work in the past.

Keeping in view the entire scenario Pakistan also needs to make a shift in its foreign policy in order to regain the status of a significant ally. Pakistan has been in the limelight since five decades due to the U.S interest in Afghanistan and now focus is being shifted to the Middle East.

What can Pakistan do?

The question here is how? A country whose Prime Minister is undergoing trial in Supreme Court over Panama leaks and Dawn Leaks, and the absence of a full-time foreign minister cannot be expected to make any effective policy making. Growing tensions with neighboring states like India and Afghanistan coupled with US indications of piling up pressure on Islamabad makes the situation all the more challenging for Pakistan.

Pakistan’s geopolitical significance can never be undermined; this is what Pakistan needs the international community to realize in order to survive the emerging challenges.

So, the foreign policy of Pakistan over the past few years has become obsolete to meet the potential challenges in the times to come and there is a need to change the approach. Pakistan’s policymakers need to make the U.S realize that the security environment in South Asia has changed particularly the Indian attitude and that the U.S needs to play a balanced role. Pakistan should highlight the efforts being made to eradicate terrorism and extremism from the country and the loss it sustained due to the ongoing war on terrorism in the region.

Pakistan can benefit a lot from what is going on in the region in order to build its reputation. First of all, the successful operationalization of CPEC should the utmost priority of the country. Second, Pakistan should try to convince India through international community to come to the table and resolve outstanding issues. Third, Pakistan should carefully maintain the balance between its relations with Saudi Arabia and Iran. Last but hardly the least, only peaceful Afghanistan can make all the scenarios for peace and security of the region possible.

Pakistan’s geopolitical significance can never be undermined; this is what Pakistan needs the international community to realize in order to survive the emerging challenges.

Itfa Khurshid Mirza is a student of Strategic Studies at National Defence University, Islamabad. The views expressed are author’s own and do not necessarily reflect Global Village Space’s editorial policy.

Gender war in India: Who is fighting whom?