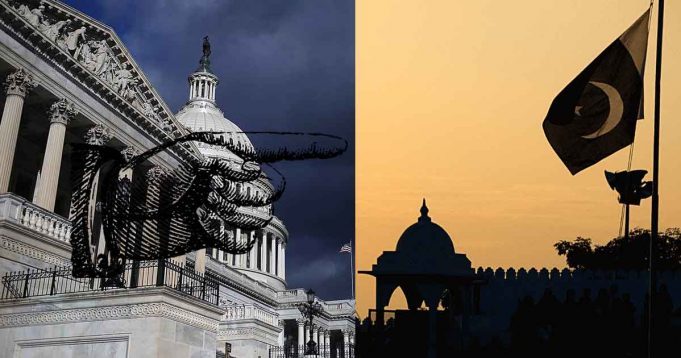 Presenting its report to a US Senate committee, Director of National Intelligence Daniel Coats has said that Pakistan is playing a double game and using certain militant groups to carry out activities which are against U.S interest in the region. He was making a broad assessment of how the dynamics in South Asia could potentially be altered as the result of general elections being held in India and Afghanistan in the year 2019.

The National Intelligence director in his remarks predicted that in the coming year, “militant groups in Pakistan will continue to take advantage of their safe haven there to plan and conduct attacks in neighboring countries and possibly beyond.”

He accused Pakistan of allowing the country’s territory for being used against the terrorist plots in neighboring countries India and Afghanistan, where the interest of United States of America are most likely to be hurt in the process.

A Republican U.S Senator Lindsey Graham who is considered close to the U.S president Donald Trump came on a visit to Pakistan where he acknowledged Pakistan’s efforts toward bringing peace in Pakistan. He further stated that Pakistan is not playing any double game as it is accused of. “The narrative back home is that Pakistan says one thing and they do another and its double deal.

I can tell you I have seen things changed all in the positive direction,” Graham told reporters at a news conference at the US Embassy after his meetings with Prime Minister Imran Khan and the Foreign Minister. “To those who say things are not better is not fair…..5000 Pakistani soldiers died fighting the common enemy,” he said pointing to Pakistan’s contribution.’

It seems that the idea is not shared across the board in American policy and security spheres as the report of U.S intelligence certainly keeps up with the same old rhetoric. Pakistan has been the frontrunner in the ongoing process of negotiations between the Taliban and the United States of America, a process which is about to result into a substantial development toward the peace process. But even the loss of thousands of Pakistani lives and bringing the Taliban to the table seem not to be enough to convince the United States about how desperately Pakistan wants peace in the region.

Woes Against the Nuclear Assets

The report also outlined the potential theft which the nuclear arsenal of Pakistan is subjected to while expressing the concern as Pakistan has continued to extend its nuclear capabilities. The 2019 report mentions that “Pakistan continues to develop new types of nuclear weapons, including short-range tactical weapons, sea-based cruise missiles, air-launched cruise missiles, and longer-range ballistic missiles.”

The Communications Compatibility and Security Agreement (Comcast) will give India access to advanced new defense systems like armed drones and will enable the armed forces to exploit existing US-origin platforms much more efficiently.

It apparently looks that the reports center the entire threat matrix of South Asia on Pakistan only completely ignoring the fact that India has also been extending its nuclear outreach. Pakistan being a relatively smaller country as compared to its traditional foe needs to maintain the maximum possible deterrence. As a matter of fact, Pakistan’s nuclear program is more secured in contrast to India as per a 2016 Harvard Kennedy report.

It is imperative to understand that the United States itself is brewing the instability and arms race in South Asia which is evident by the signing of CAMCASA deal in September 2018 in a 2+2 dialogue held in New Delhi. The Communications Compatibility and Security Agreement (Comcast) will give India access to advanced new defense systems like armed drones and will enable the armed forces to exploit existing US-origin platforms much more efficiently.

Read more: Pakistan gets cozy to China and Russia as US play blames…

Though primary reason for gearing up India is to keep an eye on China, a growing threat for the United States of America, but there is not a clause nor there would be in a general understanding that the same technology can and will not be used against Pakistan. On these lines, it becomes a matter of survival for Pakistan and it has to look for the option which would later be term as “cause of concern” in the next intelligence assessment report.

Qatar: a case study of how small states are treated in International realm