US Secretary of State Mike Pompeo called the coronavirus as ''Wuhan coronavirus". Similarly, the Chinese accuse US of spreading this deadly virus. In this battle of accusations, the only victims are common people who die every day. 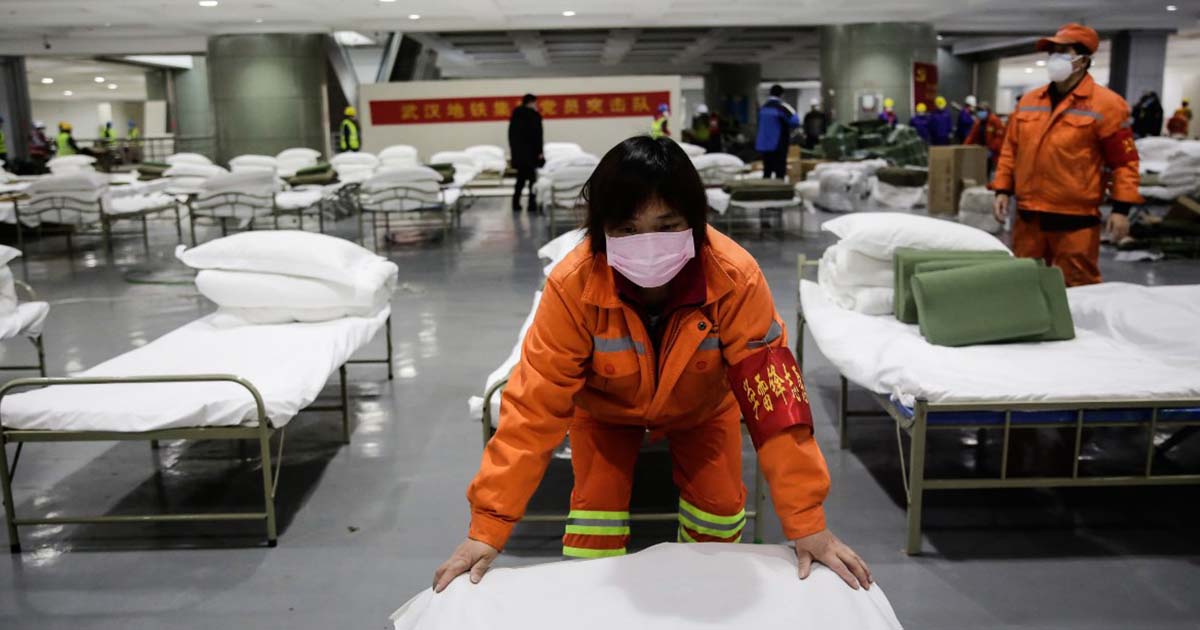 The United States and China on Monday each demanded that the other stop smearing its reputation over the novel coronavirus as Donald Trump referred to the pathogen as the “Chinese Virus.”

“The United States will be powerfully supporting those industries, like Airlines and others, that are particularly affected by the Chinese Virus,” the US president tweeted Monday night.

Trump’s allies had previously referred to the pandemic as the “Chinese coronavirus,” but the tweet marks the first time the president said it himself.

Critics slammed the move, calling it racist and potentially inciting a backlash against the Asian-American community.

The United States and China on Monday each demanded that the other stop smearing its reputation over the novel coronavirus as Donald Trump referred to the pathogen as the "Chinese Virus." https://t.co/MA561RsbHB— The Citizen Tanzania (@TheCitizenTZ) March 17, 2020

“Our Asian-American communities — people YOU serve — are already suffering. They don’t need you fueling more bigotry,” tweeted New York city mayor Bill de Blasio, whose state is one of the hardest-hit by the virus in the US.

The clash came on the day that the World Health Organization said more cases and deaths had been reported in the rest of the world than in China, where the new coronavirus virus was first detected late last year.

US Secretary of State Mike Pompeo, in a phone call he initiated with top Chinese official Yang Jiechi, voiced anger that Beijing has used official channels “to shift blame for COVID-19 to the United States,” the State Department said.

Pompeo “stressed that this is not the time to spread disinformation and outlandish rumors, but rather a time for all nations to come together to fight this common threat,” the department added.

The State Department on Friday summoned the Chinese ambassador, Cui Tiankai, to denounce Beijing’s promotion of a conspiracy theory that had gained wide attention on social media.

Foreign ministry spokesman Zhao Lijian, in tweets last week in both Mandarin and English, suggested that “patient zero” in the global pandemic may have come from the United States — not the Chinese metropolis of Wuhan.

“It might be US army who brought the epidemic to Wuhan. Be transparent! Make public your data! US owe us an explanation,” tweeted Zhao, who is known for his provocative statements on social media.

Scientists suspect that the virus first came to humans at a meat market in Wuhan that butchered exotic animals.

Stern warning’ to US

Pompeo himself has sought to link China to the global pandemic, repeatedly referring to SARS-CoV-2 as the “Wuhan virus” despite advice from health professionals that such geographic labels can be stigmatizing.

Yang issued a “stern warning to the United States that any scheme to smear China will be doomed to fail,” the official Xinhua news agency said in its summary of the call with Pompeo.

The key Chinese foreign policy leader “noted that some US politicians have frequently slandered China and its anti-epidemic efforts and stigmatized the country, which has enraged the Chinese people,” Xinhua said.

“He urged the US side to immediately correct its wrongful behavior and stop making groundless accusations against China.”

President Donald Trump is under fire over his handling of the pandemic, and his allies have sought to cast the coronavirus as a disease brought by foreigners.

Republican Senator Tom Cotton, a Trump ally, has spoken of the “Chinese coronavirus” and in a recent statement vowed, “we will hold accountable those who inflicted it on the world.”

While COVID-19 — the disease caused by the virus — has largely come under control in China, it has killed more than 7,000 people around the world and severely disrupted daily life in Western countries.

The pandemic comes at a time of wide-ranging tensions between the United States and China on issues from trade to human rights to Beijing’s military buildup.