US President Donald Trump is seeking help from Pakistan to extricate Washington from the war in Afghanistan, saying that he could “win” that war in a week if he wanted to kill millions and wipe it off the country. 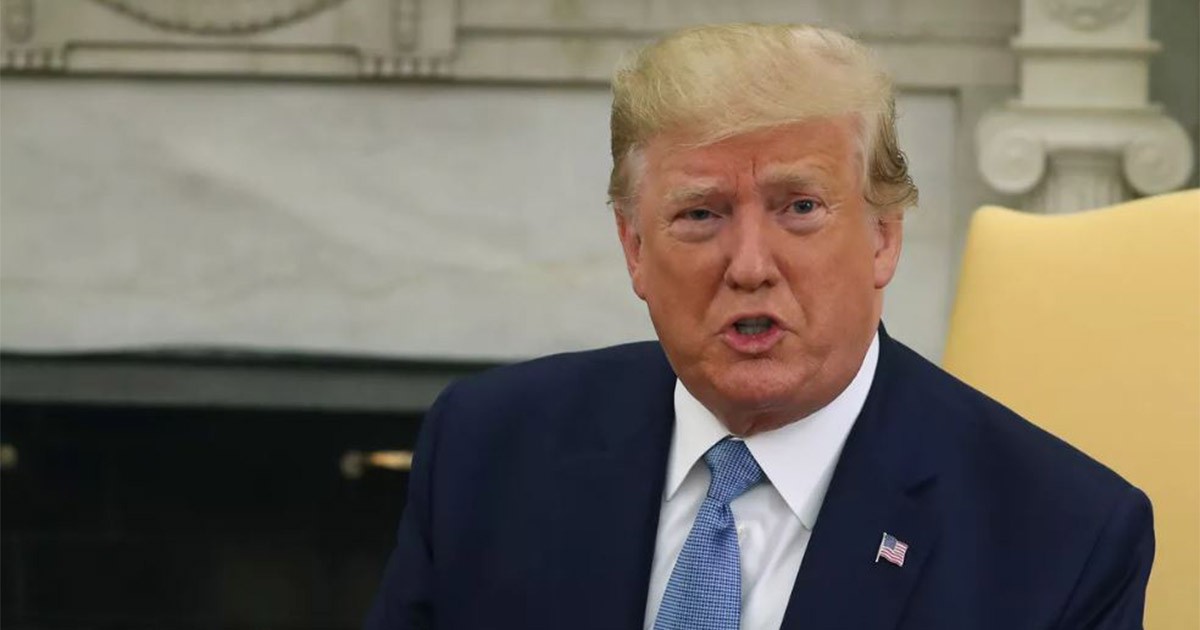 “I could win that war in a week,” Trump said on Monday, as he met with Pakistani PM Imran Khan at the White House. “Afghanistan would be wiped off the face of the earth… literally in 10 days.”

Instead, Trump said, Pakistan will help “extricate” the US from the long war in Afghanistan the previous administrations have got entangled in.

“We’ve been there for 19 years, and we’ve acted as policemen, not soldiers,” Trump said, adding he has been withdrawing US troops from the Afghanistan – solution.”

Trump claims that he could kill 10 million people and wipe Afghanistan off the face of the Earth in 10 days. pic.twitter.com/Wn7zZ2z140

“This is the closest we’ve been to a peace deal,” Khan added, hoping that in the coming weeks the Afghan government would agree to direct talks with the Taliban.

US peace envoy Zalmay Khalilzad has been holding talks with the Taliban for months, reaching an “agreement on principle” in January on withdrawal of foreign troops from Afghanistan, but with many issues still left unresolved.

“It’s clear all sides want to end the war,” Khalilzad said at the time.

Afghan President Ashraf Ghani said Tuesday the US should clarify remarks President Donald Trump made about Afghanistan, including the claim that he could easily win the war but didn’t “want to kill 10 million people”.

Afghanistan “would be gone. It would be over in literally, in 10 days,” Trump said, adding, “I don’t want to go that route” and that he didn’t want to kill millions.

Donald Trump just announced that he believes wiping an ally off the face of the earth is within the realm of possible policies.

I guarantee, #DimwitDon does not know Afghanistan is an ally of the United States. pic.twitter.com/G77mOS3B4w

His comments sparked upset and outrage in Afghanistan, where the war-weary and traumatized population is already worried about a precipitous pull-out of US forces and whether that means a return to Taliban rule and a spiraling civil war.

“The government of the Islamic Republic of Afghanistan calls for clarification on the US president’s statements expressed at a meeting with the Pakistan prime minister, via diplomatic means and channels,” Ghani’s office said in a statement.

Afghanistan has long blamed Pakistan for fueling the Afghan conflict and for allegedly supporting the Taliban, and Ghani is furious about being continually sidelined by the US in ongoing peace talks with the Taliban.

“While the Afghan government supports the US efforts for ensuring peace in Afghanistan, the government underscores that foreign heads of state cannot determine Afghanistan’s fate in absence of the Afghan leadership,” Ghani’s office said.

“I feel shocked, threatened and humiliated. We trusted Americans to help us in the war against terror, and now President Trump is threatening us with genocide,” Facebook user Mohd Farhad wrote.

Trump’s peace envoy for Afghanistan, Zalmay Khalilzad, meanwhile arrived in Kabul on Tuesday ahead of what will be the eighth round of direct talks he’s held with the Taliban.

Those discussions are expected to get underway in Doha in the coming days, with Ghani and his administration once again locked out.

Previous articleProtests against government: Will joint opposition achieve its objectives?
Next articleWho is the Liar? Trump or Modi?

Fatemeh Aman - 21 September 2021
Fatemah Awan, a non-resident senior fellow at the Middle East Institute argues as the Taliban secured control of the border, many of those who entered Iran have been detained and returned to Afghanistan so why Iran is not willing to help the Afghan refugees?

21 September 2021
Previous articleProtests against government: Will joint opposition achieve its objectives?
Next articleWho is the Liar? Trump or Modi?

Pakistan withdraws from Chinese dam building deal. What does this mean for the future of CPEC?