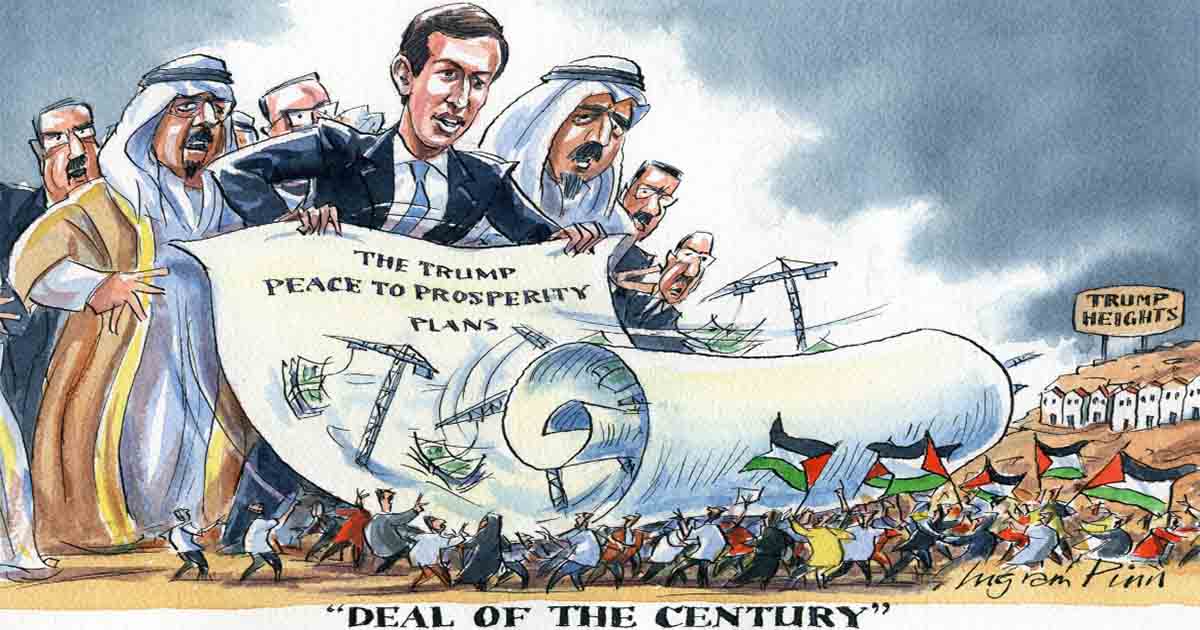 A Palestinian scholar working in Turkey has blasted a recent US-led conference on its Middle East peace plan as a futile exercise.

The conference, which wrapped up late on Wednesday in Bahrain’s capital Manama, demonstrated the economic aspect of the plan, known as “deal of the century”.

The conference is “a farcical workshop that I predict emphatically will end into total failure,” Sami al-Arian, director of the Istanbul-based Center for Islam and Global Affairs (CIGA), told reporters.

The White House called recently for $50 billion in investments for Palestine and neighboring Arab states as part of the US plan, which urges increased infrastructure projects between the Gaza Strip and the West Bank, with a stated goal to “empower” the Palestinian people.

Read more: US “Deal of the Century” a sugarcoated bribe?

The controversial conference dedicated to the economic aspect of the American plan has sparked controversy, especially with the absence of and rejection by the Palestinian side -which is supposed to be a major stakeholder of the peace plan.

Dubbed “peace to prosperity”, the workshop was blasted by the Palestinian people and major Palestinian groups including Hamas and President Mahmoud Abbas, who stressed a political solution should come before an economic one.

Al-Arian charged that the workshop was an attempt by “[US President Donald] Trump and his son-in-law Jared Kushner to liquidate the basic political elements of the Palestinian issue.”

“Particularly, they wanted to integrate Israel in the regional order by normalizing it,” he said.

‘Steal of the century’

On Tuesday, in his workshop inaugural speech, Kushner, Trump’s senior White House adviser, described the peace plan as “the opportunity of the century” and not just the “deal of the century”.

Taking a dig at the reference, Al-Arian described the American back-channel peace plan, as “steal of the century”.

It “was nothing but an attempt by the American administration to end the final status issues between the Palestinian and the Zionist state of Israel”.

According to al-Arian, the American plan aims to take away fundamental rights of the Palestinian people, including their right in Jerusalem, the right of return and two-state solution.

One of the core points of the Palestinian cause is Jerusalem, which al-Arian said, the US was seeking to remove “from negotiation by declaring it Israeli capital”.

In late 2017, Trump in a controversial move, recognized Jerusalem as Israel’s capital, a motion that prompted the Ramallah-based Palestinian Authority to reject any US role in the mediating process.

“Refugees is another final status issue” which is being targeted, according to al-Arian, citing the US cut in all funding to the United Nations Relief and Works Agency for Palestine Refugees in the Near East (UNRWA), which provides critical aid to Palestinian refugees in the Gaza Strip, the Israeli-occupied West Bank, Jordan, Lebanon and Syria.

“So, to them there is no more refugees of the right of return,” the political expert stressed.

The third final status issue, the academic said, is changing the border of Israel and eliminating the two-state solution.

“By agreeing [with] Israel to annex the Golan Heights as well as certain settlements [in West Bank]; there is no longer a viable independent Palestinian state,” he said.

Israel occupies roughly two-thirds of the wider Golan Heights as a de facto result of the 1967 Middle East war. It moved to formally annex the territory in 1981 — an action unanimously rejected at the time by the UN Security Council.

Following this scenario, there will be “nothing left for the Palestinians,” he said.

“That was like trying to mask the political end of the conflict into simply a humanitarian issue,” he said.

Al-Arian added that the Palestinian issue is not merely humanitarian but mainly political by which “the Palestinians have the right to self-determination”.

Stressing that funding can resolve the humanitarian issue of the Palestinian people, “ironically, financial aid should be made by Arab countries,” the academic said.

Arab states, he asserts, do not need to do like America or Israel “to facilitate any financial aid to the Palestinians, so it’s a farcical workshop”.

Palestinian-Israeli negotiations collapsed in April 2014 after Israeli government refused to stop settlement activity, accept a two-state solution based on the pre-1967 borders, and release Palestinian detainees from Israeli jails.

Previous articlePTI, allies support Sanjrani after opposition moves to oust him
Next articleBudget to be approved amidst opposition’s loud protests

19 June 2021
Previous articlePTI, allies support Sanjrani after opposition moves to oust him
Next articleBudget to be approved amidst opposition’s loud protests