US donates ventilators to Russia to even the score

The USA donated 200 ventilators to Russia after Russia had sent aid to New York earlier in April. While the US and Russia have been rivals in every sphere, observers note that the COVID-19 pandemic has bought them closer. 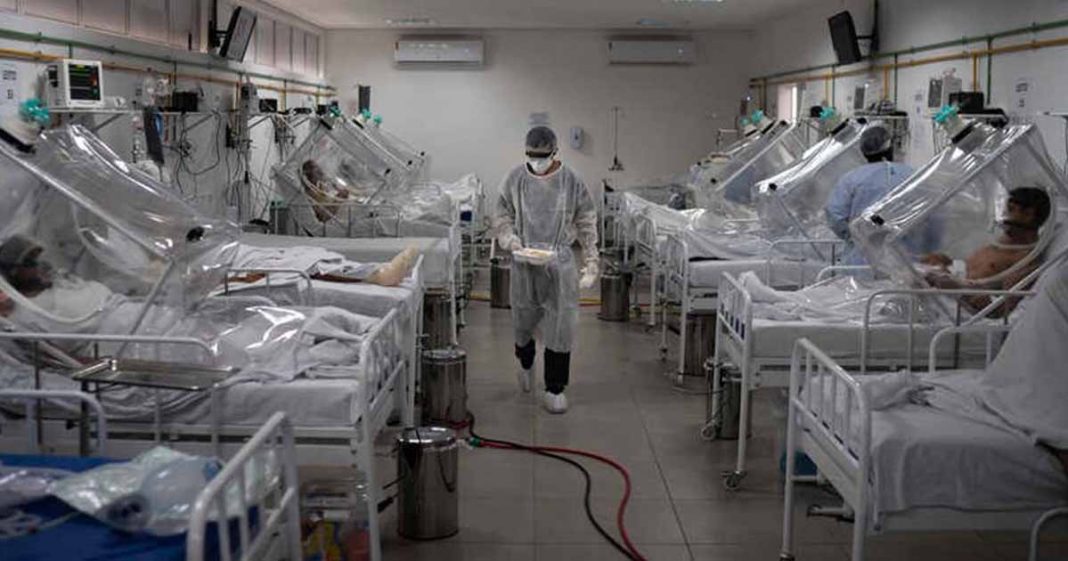 The United States donates ventilators numbering 200 to help Russia in the coronavirus pandemic, turning the tables a week after a high-profile shipment by Moscow.

Secretary of State Mike Pompeo announced the shipment by posting on Twitter a picture of a military cargo airplane with a US flag and boxes bearing the USAID logo.

The United States is donating 200 U.S.-produced ventilators to the Russian people to help fight COVID-19. We’ve committed over 15,000 ventilators to more than 60 countries and continue to be a global leader in contributions to fight this pandemic. #InThisTogether pic.twitter.com/63hDG1NCv0— Secretary Pompeo (@SecPompeo) May 20, 2020

“We’ve committed over 15,000 ventilators to more than 60 countries and continue to be a global leader in contributions to fight this pandemic.”

The State Department did not immediately respond to questions on whether and when the shipment was delivered to Russia, which has seen a sharp spike in virus infections.

The image had striking similarities to pictures released by Russia of a shipment of goods on April 1 to New York, which was then a major epicenter of the global illness.

Hailing Russia’s “high-quality stuff,” Trump said at the time he was “not concerned about Russia and propaganda, not even a little bit.”

But the State Department contradicted Russia by saying the shipment was a purchase rather than a donation — and the equipment itself later came into question.

Russia recently halted use of the domestically manufactured Aventa-A ventilators after they were blamed in two fires.

US authorities said the Russian ventilators were given to the states of New York and New Jersey but were returned to the Federal Emergency Management Agency as a precaution as Russia conducts a safety probe.

An agency spokesman said they were never used as the United States did not have the need.

US authorities feared major shortages of ventilators at the start of the crisis but, after ramped-up production, Trump has been speaking to a number of countries about buying them.

Russia and US: United by Coronavirus

The coronavirus pandemic has seen Russia and the United States cooperate with each other in ways unimaginable at the height of Russiagate.

President Trump and Putin spoke by phone more times this year than ever previosuly, and the Kremlin’s aid shipment to New York last month was warmly received by Washington, where Trump offered to return the favor should Russia need extra supplies.

“This is a time to work together to overcome a common enemy that threatens all of us,” said US Ambassador to Russia John Sullivan.

Additionally, the historic production cuts agreed upon in April by the Organization of Petroleum Exporting States (OPEC) and its fellow producers largely came about as a result of Trump and Putin teaming up to pressure the organization.

“Just as we were discussing Covid-19…  and the unsettlement in global energy markets, it is important that our governments maintain the type of dialogue that they have to address those issues,” Sullivan said, calling Trump and Putin’s phone calls “an important step in that direction.”

Talal Chaudry to be indicted on contempt charges on March 14