As US Elections fast approach, it seems that Team Trump will be added to the list of coronavirus casualties as ratings plummet. Meanwhile, Joe Biden breathes freely as he takes a lead in the race for the Leadership of the Free World. 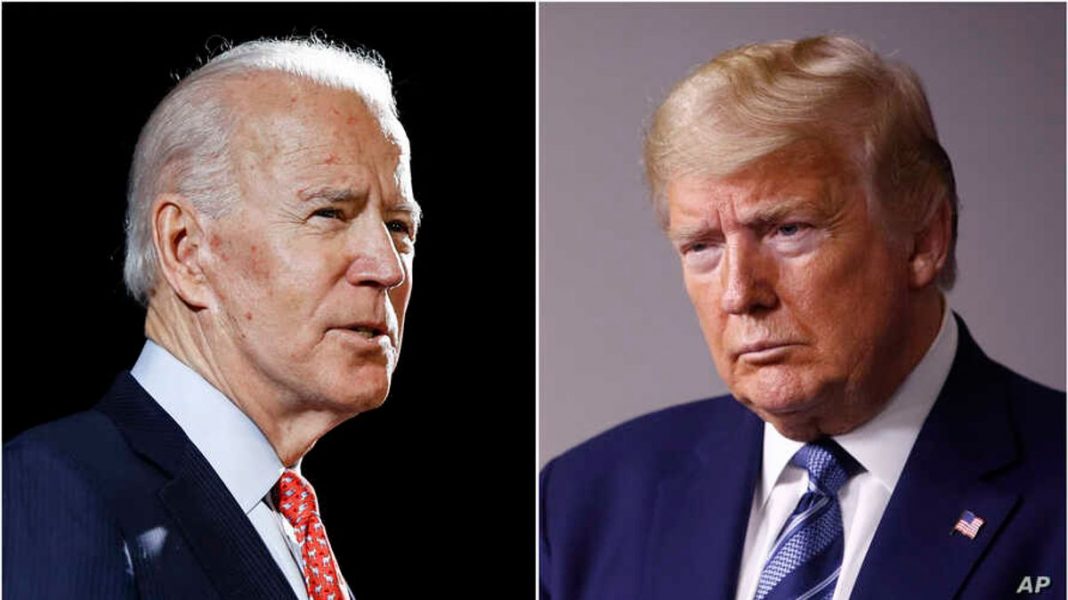 Donald Trump’s bungled coronavirus response and crackdowns on protesters have thrust Joe Biden into the driver’s seat of the US presidential elections, but the Democratic challenger must decide when to start campaigning in earnest and battle his opponent head on.

In 2016, after the implementation of Iran nuclear deal and before @realDonaldTrump's election, @TheEIU predicted the US to bring back sanctions. It happened in 2018.

Polls show American voters have little faith in Trump’s ability to defeat the pandemic, and 130 days out from November’s election Biden has surged into a commanding lead despite holding few in-person events since mid-March.

Biden’s campaign largely inconspicuous ahead of US Presidential elections

But with campaign inflection points fast approaching — notably his pick of a running mate, expected in early July, and the Democratic National Convention in August — Biden must consider how to balance adhering to coronavirus safety measures and appearing as more than just a virtual candidate.

Hurling criticism at the president from his Delaware home is not a viable long-term strategy for Biden, common sense and experts dictate.

“I don’t see how that’s sustainable through the fall election,” professor Barry Burden, director of the Election Research Center at the University of Wisconsin-Madison, told AFP.

Read more: US elections: Who is more likely to win?

“There will come a point where Biden will need to be a physical presence on the campaign trail, if only to reassure voters he is a real person, in good health and ready to serve.”

That coming out should occur in July, Burden said, so Biden can hone his public messaging and take advantage of the potent imagery of sharing a stage with his new vice presidential pick.

Biden must be wary of appearing contradictory if he were to hold crowded rallies after warning such gatherings are dangerous.

US Presidential elections: Biden agrees to events after Trump needling

Mocked by Team Trump for repeatedly broadcasting from his basement studio, Biden appears to be making a gradual shift toward in-person events.

On Thursday he travelled to Lancaster, Pennsylvania where he wore a mask and sat with families in a brick-lined garden to discuss health care.

In a speech minutes later, he savaged Trump for seeking to dismantle Obamacare.

“We’ve seen that same callousness in his handling of the coronavirus,” Biden said, evoking Trump’s refusal to heed the advice of his own scientists and wear a mask, calling the disease the “kung flu,” and saying he would like to  “slow” down virus testing.

“He’s like a child who can’t believe this has happened to him,” Biden said.

“His job isn’t to whine about it, his job is to do something about it.”

Trump is adrift in troubling waters. Scientists say his coronavirus strategy has largely failed, and his former national security advisor John Bolton just accused him of being unfit for office.

The president was rebuked twice last week by a conservative-leaning Supreme Court on closely watched cases regarding immigration and gay rights.

Read more: 200 days to go in US elections: Corona contends against Trump

And criticism has poured in over his handling of coast-to-coast protests against racial injustice, and how his toxic rhetoric served to stoke divisions.

He has scorned Biden as a “puppet of the radical left” and said China wants Biden to win so they can manipulate a pliant Democrat.

The attacks have fallen flat, largely because Biden is not out on the stump engaging in campaign combat.

US Presidential elections: Trump can upend Biden over economic results

Trump is increasingly turning to the economy as a potential re-election savior.

A mild turnaround before the election could help the president and complicate Biden’s message, according to Burden.

“Even if the economy is not doing well, if it’s improved, then he will be able to tell a story about bringing America back,” the professor said.

Meanwhile the parties’ official nominating conventions near. While Trump is demanding a massive crowd at the Republican event, Biden is opting for safety, as the Democratic Party said this week it will hold a largely virtual convention.

Biden can no longer count on a traditional overgrown spectacle, but opportunity exists, insists Amy Dacey, a Democratic strategist.

The Biden campaign is “reaching people where they are and not always asking them to come to where he is,” Dacey said. “That’s a really important contrast.”

Another is Biden’s human touch, but the pandemic may erase that advantage. He can still be a consoling presence, however, a distinction from Trump who is often seen as insensitive to people’s concerns.

Trump is not widely popular, but if anything he has proven resilient.

Suffering in the sharp media glare, he is annoyed that his opponent avoids it.

Trump’s campaign has taken to ridiculing Biden for remaining in the shadows, Kyle Kondik of the University of Virginia’s Center for Politics wrote in a recent newsletter.

“They need to draw Biden out and hope he makes mistakes, so Trump can make himself look better by comparison.”

Is Pakistan moving forward or backwards?