Climate change VS capitalism: US begins withdrawal from the Paris climate accord

As the U.S pulls out of the Paris climate accord, secretary of state Mike Pompeo justifies Trump's decisions. "It was America that would suffer the straitjacket," Pompeo told the Fox Business network. "It would be quintessentially unfair to the American people and to the American workers." 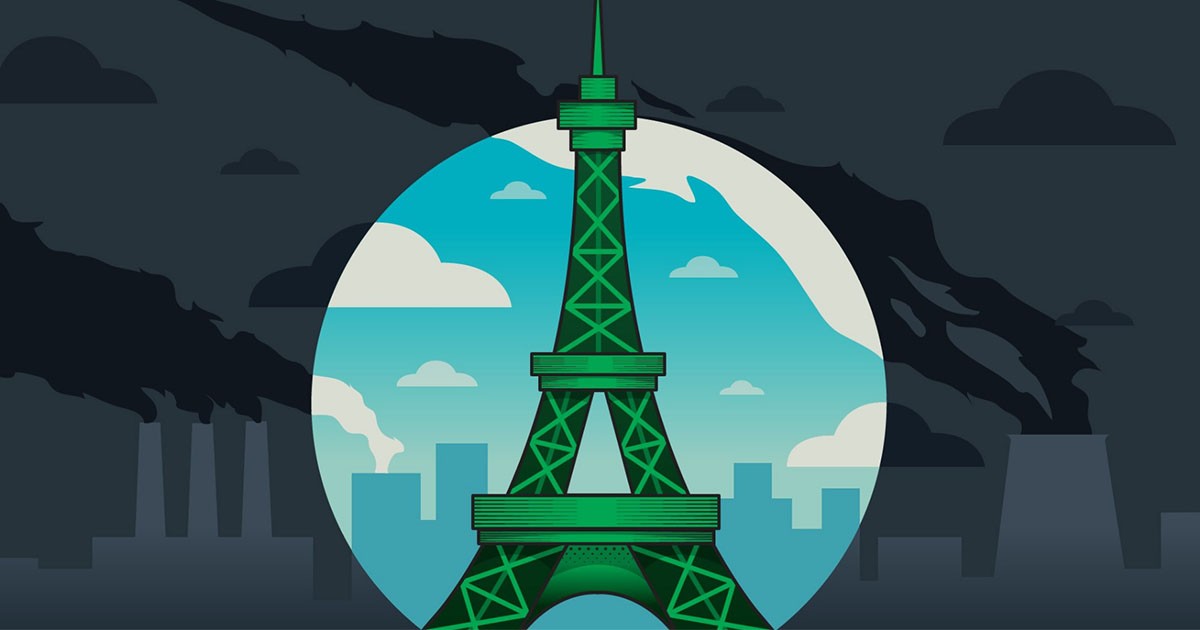 The United States on Monday formally notified the United Nations that it was withdrawing from the Paris climate accord, making the world’s largest economy the sole outlier from the agreement.

President Donald Trump went ahead with the pullout despite mounting evidence of the reality and impact of climate change, with September the fourth month in the row with near- or record-breaking temperatures.

As the climate crisis worsens each day and California burns and Iowa floods, Trump continues to abandon science and our international leadership. He just notified the United Nations of our official withdrawal from the Paris Agreement. It's shameful. https://t.co/5UikQrsS3u— Joe Biden (@JoeBiden) November 4, 2019

The United States presented its withdrawal letter to the United Nations on the first possible date under the accord negotiated by Trump’s predecessor Barack Obama. It will be officially out of the Paris accord on November 4, 2020, one day after the US election in which Trump is seeking a second term on appeals to the white working-class.

The United States, the number-two emitter, is still planning to attend this month’s COP climate negotiations in Spain, according to a State Department official.

Announcing the move, Secretary of State Mike Pompeo reiterated Trump’s rationale in 2017 that the accord would disadvantage US businesses.

“It was America that would suffer the straitjacket,” Pompeo told the Fox Business network. “It would be quintessentially unfair to the American people and to the American workers.”

'How dare you? You have stolen my dreams and my childhood.' – Greta Thunberg addresses the UN https://t.co/fednieolmr pic.twitter.com/GzMfVdkMAp— Reuters (@Reuters) September 23, 2019

Pompeo said in a statement that the United States would advocate a “realistic and pragmatic model” that included renewal energy but preserved a role for fossil fuels. French President Emmanuel Macron, who unsuccessfully tried to persuade Trump to stay in the accord named for his nation’s capital, lamented the decision.

“We regret this and it makes the Franco-Chinese partnership on climate and biodiversity even more necessary,” the French presidency said as Macron visited China, the world’s largest emitter of greenhouse gases blamed for climate change.

The United States, the number-two emitter, is still planning to attend this month’s COP climate negotiations in Spain, according to a State Department official.

Pompeo in his statement pointed to a 13 percent US reduction of greenhouse gas emissions from 2005 to 2017 even as the economy grew. But Trump, who took office in 2017, has pledged to turn back environmental regulations as states such as California and New York try to take stronger action on their own.

Trump has sought to block California from setting tighter standards on car emissions and moved to let states set their own standards on existing coal-fired power plants.

Robert Menendez, the top Democrat on the Senate Foreign Relations Committee, said that the Trump administration has “once again thumbed its nose at our allies, turned a blind eye to the facts and further politicized the world’s greatest environmental challenge.”

Announcing the move, Secretary of State Mike Pompeo reiterated Trump’s rationale in 2017 that the accord would disadvantage US businesses.

“No one person or party can stop our momentum to solve the climate crisis, but those who try will be remembered for their complacency, complicity and mendacity in attempting to sacrifice the planet for their greed,” Gore said.

The Paris accord set a goal of limiting temperature rises to well within two degrees Celsius (3.6 Fahrenheit) from pre-industrial levels, a goal that scientists say is vital to check the worst damage from global warming such as increasing droughts, rising floods and intensifying storms.

The U.S. *has* to be a leader here and go above and beyond the Paris agreement because we're responsible for more greenhouse gas emissions than any other country — even if we're not the top-emitting country now. https://t.co/rgw6BoVihh

Mindful of the politics at home, Obama insisted that the goals be loosely enforced, with each of the 197 signatories — from the United States to North Korea to tiny islands — choosing its own actions and informing the United Nations.

Contrary to some predictions, Trump’s decision did not trigger a domino effect of withdrawals by countries such as Brazil and Australia.

Brazilian President Jair Bolsonaro, an ideological ally of Trump, has belittled environmentalists but has held off on threats to withdraw from the Paris accord, with the European Union requiring adherence as a condition for a major trade deal.

Trump has cast the climate accord as elitist, saying when announcing his decision that he was “elected to represent the citizens of Pittsburgh, not Paris.”

But a Washington Post poll last month found that even in his own party he faces growing opposition on the issue, with 60 percent of Republicans agreeing with the scientific consensus that human activity is causing climate change.

Former New York mayor Mike Bloomberg, who has used his fortune to push for action on climate change, vowed to put the issue front and center in next year’s election.

“Until then, we will continue to fight the climate crisis with the urgency required, city by city and state by state. We can’t afford to wait.”

Lessons to learn from Singapore