US free Economy:’Substantial progress’ made on massive China trade deal 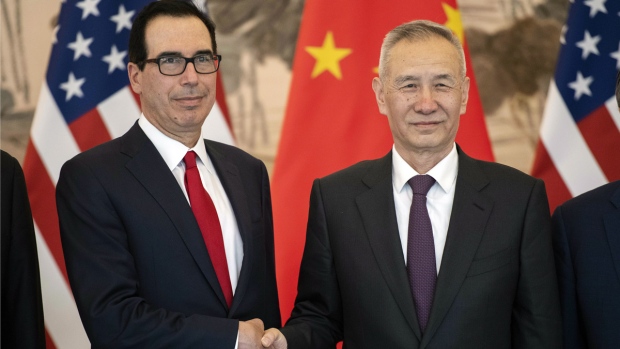 Substantial progress has been made on hammering out a China-backed trade deal, Singapore’s leader said Wednesday, driving ahead the world’s largest commercial pact which the United States is excluded from. World leaders gathered in the tropical city state this week for a summit where a massive Beijing-backed agreement covering half the world’s population has dominated discussions.

Diplomats have been trying to nail down details as Beijing entices its neighbours to join a commercial alliance seen as an antidote to President Donald Trump’s “America First” protectionist trade policy. The US has imposed tariffs on roughly half of what it imports from China, prompting Beijing to retaliate with its own levies.

Beijing’s leaders have recast themselves as the defenders of global commerce — with the United States under Trump relegated to the sidelines. China, Japan and India are among 16 Asia-Pacific countries negotiating the Regional Comprehensive Economic Partnership (RCEP).

Disagreements on intellectual property rights, goods tariffs and financial services are also on a long list of issues that still need to be concluded.

“Substantial progress has been made this year to advance the RCEP negotiations,” Singaporean Prime Minister Lee Hsien Loong said Wednesday evening, adding talks were now “at the final stage”.

“With the strong momentum generated this year, I am pleased to note that the RCEP negotiations are poised for conclusion in 2019,” he added. But he cautioned any further delays could risk “losing credibility” for a deal — which has already taken six years to negotiate.

This week’s meetings are the biggest in a series of annual gatherings organised by regional bloc the Association of Southeast Nations (ASEAN), and are attended by 20 leaders. RCEP was given extra impetus after US President Donald Trump pulled the US out of the rival Trans-Pacific Partnership (TPP) in early 2017.

That deal was spearheaded by his predecessor Barack Obama and aimed to bind fast-growing Asian powers into an American-backed order to counter China. The TPP is still alive even without Washington — and will come into effect in December — but RCEP, if realised, will be the world’s biggest trade deal.

The US has imposed tariffs on roughly half of what it imports from China, prompting Beijing to retaliate with its own levies.

However, the Beijing-backed pact is much less ambitious than the TPP in areas such as employment and environmental protection. Beijing had hoped to have the meat of the deal done by the end of this year, but the timetable has now slipped to 2019.

However, this has not stopped Chinese leaders from basking in the progress already made. During a meeting with Southeast Asia leaders, Chinese Premier Li Keqiang said he was hopeful talks would “break through the ceiling” and take regional trade “to new heights”.

Trump is not at the Singapore summit, nor will he attend a subsequent gathering of world leaders in Papua New Guinea at the end of the week, having sent Vice President Mike Pence instead. National Security Advisor John Bolton, however, told reporters in Singapore that the president’s no-show should not be seen as a lack of commitment towards the region.

He blamed a “schedule crunch” after a particularly frenetic few weeks that included the midterm elections, attending the World War I armistice commemorations in France and preparing for the G20 in Argentina later this month.

The TPP is still alive even without Washington — and will come into effect in December — but RCEP, if realised, will be the world’s biggest trade deal.

Disagreements on intellectual property rights, goods tariffs and financial services are also on a long list of issues that still need to be concluded. Also, the spectre of possible leadership changes with several general elections scheduled early next year — India, Thailand and Indonesia — have also complicated the timeline for a deal.

Read more: As US retreats, China touts its trade deal wares to Asia

Aaron Connelly, an expert on Southeast Asian politics at the International Institute for Strategic Studies, said the fact that RCEP negotiations were not concluded at this year’s ASEAN could indicate China has some way to go to convince neighbours to sign up.

“It’s interesting that when Beijing is at its most vulnerable on trade, with US tariffs biting, they weren’t willing to concede enough to their neighbours in terms of market access to get a deal done,” he told AFP.

At the same time, trade ministers across Asia Pacific have sounded a largely positive tone this week, saying they expect the pact to be agreed sooner rather than later. “The future lies in RCEP,” Indian trade minister Suresh Prabhu told reporters earlier in the week.