US Iran tussle started when Iran backtracked on the nuclear deal it had with the US. Since then the situation brewed out to be tense for both parties and many other stakeholders seems to have jumped in. Saudia siding with US blamed Iran for escalating tensions and called for a regional heads' meeting. 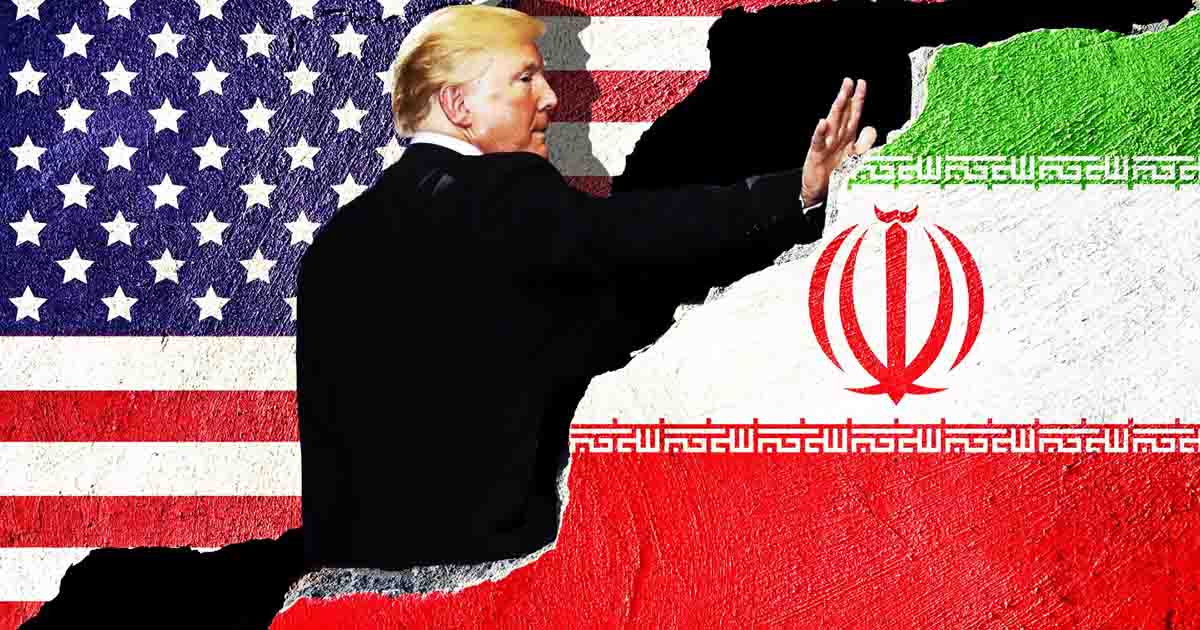 On Sunday, chief of the Islamic Revolution Guards Corps Major General Hossein Salami stated, “We are not looking for war and yet we are not afraid of it either, but on the other hand, our enemies lack the will to wage a war and are afraid of fighting.”

US President Donald Trump also took to his Twitter account to share Washington’s mindset, stating, “If Iran wants to fight, that will be the official end of Iran. Never threaten the United States again!”

If Iran wants to fight, that will be the official end of Iran. Never threaten the United States again!— Donald J. Trump (@realDonaldTrump) May 19, 2019

Analysts are of the opinion that the Trump-led US government’s efforts to pressurize Iran and agree upon a revised nuclear deal are a threat to stability across the region. Such a conflict would have dire consequences for Pakistan, who enjoys cordial relations with all three of the countries, US, Iran and Saudi Arabia.

Earlier in 2015, the Parliament had unanimously agreed not to dispatch any military assistance or troops to aid the Saudi-led intervention against the Houthi rebels in Yemen.

On Sunday, Saudi Arabia called an emergency round of regional dialogue to discuss the rising tensions in the Persian Gulf, clarifying it does not seek war from Iran but reserves the right to defend its interests.

Saudi Minister for Foreign Affairs, Adel al-Jubeir, on Sunday, said that his country does not seek a war with Iran. He stressed that Saudi Arabia “does not want a war, is not looking for it and will do everything to prevent it. But at the same time, if the other side chooses war, the kingdom will respond with strength and determination to defend itself and its interests.”

These calls for regional dialogue emerge a week after a series of baffling attacks on multiple Saudi oil tankers off the Saudi coast, along with a drone attack on Saudi crude oil pipeline, which were claimed by the Yemeni rebels that Riyadh accuses Iran of nurturing and funding. The Saudis hold Tehran responsible for the drone attack and of arming the Yemeni rebels since 2015.

Saudi King, Salman, has called a two emergency summits in the holy city of Mecca on 30th May, inviting leaders of the Arab League members state and the Gulf to discuss “recent aggressions and their consequences” as reported by Saudi Arabia’s official SPA News Agency on Saturday.

The Kingdom’s official news agency reported that Foreign Minister, Al-Jubeir, stated that Saudi Arabia urges the international community to take “a firm stance against this regime in order to stop and prevent it from spreading destruction and chaos throughout the world.”

Foreign Minister, Al-Jubeir, did not mince words and directly accused Tehran of threatening to destabilize the region by “committing countless crimes”. He added, as cited by Forbes, “The Iranian regime has directly and through its proxies sought to provoke unrest and supported terrorist and extremist groups and organizations. Over the past decades, the countries of the region have suffered from the crimes of the Iranian regime and its interventions which are too numerous to count.”

FM Qureshi concluded that the enemies of Pakistan and Iran will never succeed and the two countries have succeeded in establishing friendly bilateral relations.

Pakistan has firmly stated that it will not choose any sides in the ongoing conflict and has urged Washington to exercise restraint. Analysts believe that given the dynamics and nature of Pakistan’s relationship with all three countries, Islamabad has much to gain from exercising neutrality in the instance of any direct confrontation with Iran on one side and Washington and Riyadh united on the other.

Earlier in 2015, the Parliament had unanimously agreed not to dispatch any military assistance or troops to aid the Saudi-led intervention against the Houthi rebels in Yemen. Despite the criticism that erupted from Riyadh, Pakistan remained firm and resolute in its vision of exercising neutrality in the Gulf and continued pledging its support to defend Saudi interests.

Earlier last week, Foreign Minister, Shah Mehmood, stated that “certain powers” are attempting to disrupt the relationship between Islamabad and Tehran, using their differences to stir conflict. FM Qureshi added that these “powers” seek to portray Iran as a threat to regional stability and seek to thwart Tehran’s power by any means available to them.

FM Qureshi concluded that the enemies of Pakistan and Iran will never succeed and the two countries have succeeded in establishing friendly bilateral relations.

Last week, during the weekly press briefing at the Ministry of Foreign Affairs, Dr. Mohammad Faisal also shed light on Islamabad’s vision of neutrality and calls for restraint. He said, “Recent developments in the Persian Gulf region are disturbing. US decision to deploy aircraft carrier and bombers has added to the tensions and the existing precarious security situation in Middle East. We expect all sides to show restraint, as a miscalculated move can transmute into a large-scale conflict.”

Iran: Was the aircraft shot down?