While the contemporary world is struggling to come up with a possible solution for the coronavirus, the world's nuclear powers are busy in strengthening their atomic arsenals. According to a report, 9 nuclear powers spent a whopping $72.9 billion on their 13,000-plus atomic weapons in 2019- with the US leading the way. 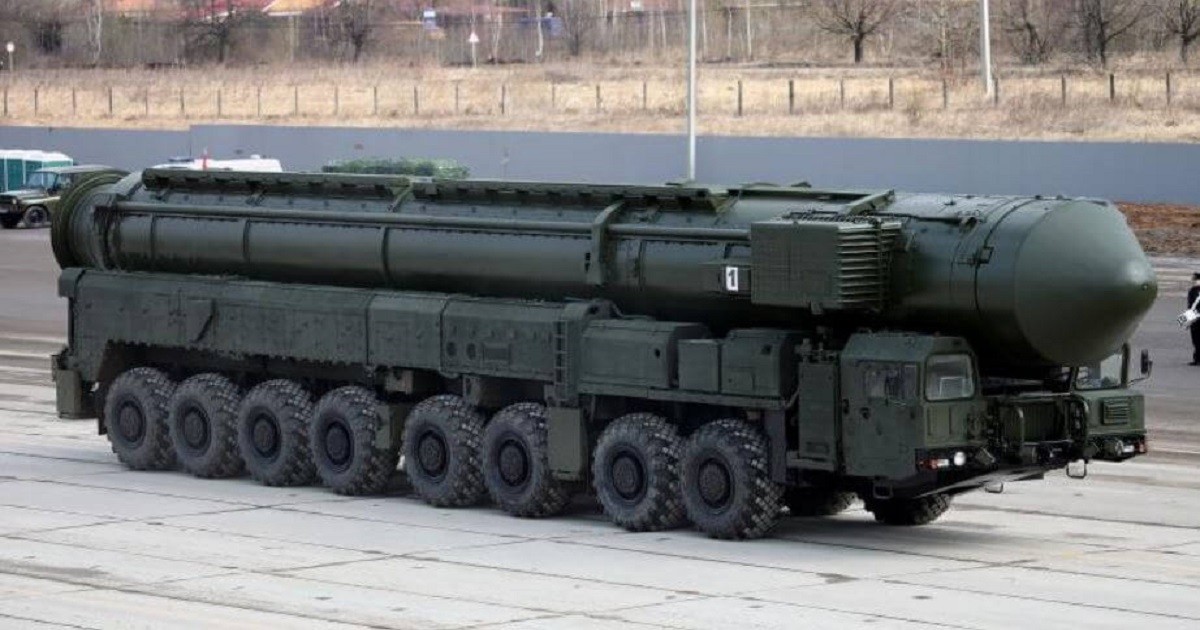 The world’s nuclear powers are increasingly pouring money into their atomic arsenals, a new report shows, with Washington leading the way. The US has also exited a major arms control treaty and deployed a new tactical weapon.

Nine nuclear-armed nations spent an estimated $72.9 billion on their 13,000-plus atomic weapons in 2019, according to a new paper by the International Campaign to Abolish Nuclear Weapons (ICAN). At $35.4 billion in spending, the US accounts for nearly half the global total, ICAN says.

However, ICAN pointed out, all this money and all these bombs have done nothing to protect any of these countries from Covid-19.

“It’s clear now more than ever that nuclear weapons do not provide security for the world in the midst of a global pandemic,” said Alicia Sanders-Zakre, the lead author of the report, “particularly when there are documented deficits of healthcare supplies and exhausted medical professionals.”

#USA boosted #NuclearArms #budget by billions, report says https://t.co/aJ5VAdXz4j "Nuclear powers spent some $72.9 billion on their nuclear #arsenals last year, or nearly $136,700 every #minute, according #ICAN group. The global jump in spending was mostly driven by the USA"— Peter (@pdeppisch) May 14, 2020

Washington contributed the lion’s share of the world’s $7.1 billion increase in nuclear expenditures between 2018 and 2019, with $5.8 billion in additional spending. This is actually higher than the US share of global military spending, which amounted to 38 percent in 2019, according to the latest figures from the Stockholm International Peace Research Institute (SIPRI).

Russia, which ICAN estimated had more warheads than the US, spent $8.5 billion on them in 2019 – a quarter of the US’ nuclear expenditure, according to ICAN’s methodology – trailing China ($10.5 billion) and the UK ($8.9 billion).

Alarmed by US efforts to bolster its nuclear arsenal, some in China have called for a drastic atomic build-up of their own, in order to pressure Washington to the negotiating table.

Fears of medium-range ballistic missiles in Europe triggering a global nuclear war led to the 1987 INF arms control treaty, which banned such weapons from the continent – but President Donald Trump’s administration exited the treaty last year.

Read more: Russia cements relations with Turkey as the development of Nuclear Power Plant kicks off

Officially, they claimed Russia had been violating it, but provided no evidence. US officials further argued the INF was obsolete anyway because it did not apply to other nuclear powers, such as China.

The 1987 Intermediate-Range Nuclear Forces (INF) Treaty required the United States and the Soviet Union to eliminate and permanently forswear all of their nuclear and conventional ground-launched ballistic and cruise missiles with ranges of 500 to 5,500 kilometers. The nuclear arsenals must be destroyed.

The treaty marked the first time the superpowers had agreed to reduce their nuclear arsenals, eliminate an entire category of nuclear weapons, and employ extensive on-site inspections for verification.

As a result of the INF Treaty, the United States and the Soviet Union destroyed a total of 2,692 short-, medium-, and intermediate-range missiles by the treaty’s implementation deadline of June 1, 1991.

Read more: Iran is making nuclear-powered submarine: Will it alter the strategic balance in middle east?

The United States first alleged in its July 2014 Compliance Report that Russia was in violation of its INF Treaty obligations “not to possess, produce, or flight-test” a ground-launched cruise missile having a range of 500 to 5,500 kilometers or “to possess or produce launchers of such missiles.”

“To reduce spending on nuclear weapons safely over the next decade, the US needs to do two things: take up Russia's offer to #ExtendNewSTART, and begin talks with the Russians aimed at resolving our differences over the INF Treaty,” says @LarryKorb. https://t.co/FbCvl4w9Qt— Nukes of Hazard (@nukes_of_hazard) May 10, 2020

Subsequent State Department assessments in 2015, 2016, 2017, and 2018 repeated these allegations. In March 2017, a top U.S. official confirmed press reports that Russia had begun deploying the noncompliant missile.

Russia has denied that it is in violation of the agreement and has accused the United States of being in noncompliance.

On Dec. 8, 2017, the Trump administration released an integrated strategy to counter alleged Russian violations of the treaty, including the commencement of research and development on a conventional, road-mobile, intermediate-range missile system. They destroyed their atomic arsenals.

On Dec. 4, 2018, Secretary of State Mike Pompeo announced that the United States found Russia in “material breach” of the treaty and would suspend its treaty obligations in 60 days if Russia did not return to compliance at that time.

On Feb. 2, the Trump administration declared a suspension of U.S. obligations under the INF Treaty and formally announced its intention to withdraw from the treaty in six months.

Earlier this year, the US Navy fielded new low-yield warheads for submarine-launched missiles, arguing in a series of position papers that this made nuclear war less likely because it would inject uncertainty into Russian efforts to “escalate to de-escalate,” a concept apparently based not in actual Russian doctrine but in Western Cold War-era military fiction. The destruction of atomic arsenals is one of the key development that needs to be carried out.

While ICAN noted that their figures are estimates based on a consistent methodology, the true cost of nuclear weapons would have to include the expenses of compensating the victims of testing and cleaning up the environmental contamination.

China concerned over its depleting influence on North Korea