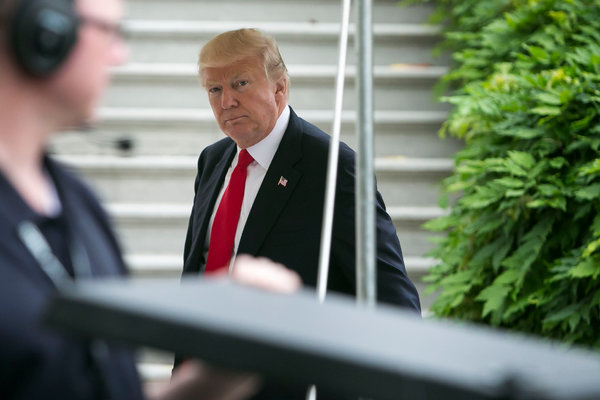 Federal appeals courts in the states of Washington and Virginia are set to hear arguments this week on the legality of President Donald Trump’s most recent travel ban, which sharply limits visitors and immigrants from eight countries, six of them Muslim-majority.

Challengers, including the state of Hawaii and immigrant advocacy organizations, have argued the ban is discriminatory and violates the U.S. Constitution. The Trump administration says it is necessary to protect the United States from terrorist attacks.

Trump has made statements, however, that his legal opponents say reinforce their contention that his actions are based in anti-Muslim sentiments.

Soon after taking office in January, Trump signed an order temporarily barring all refugees and visitors from seven predominately Muslim countries. The decision led to chaos at airports and numerous legal challenges and was eventually replaced by the administration with a second, somewhat narrower order.

Read more: Trump fires back at British PM after she criticized his recent…

The administration said the restrictions were put in place after a worldwide review of each country’s ability to issue reliable passports and share data with the United States.

After the most recent order was issued, the same challengers who sued to stop the earlier bans went back to court. They said the new version still discriminates against Muslims in violation of the U.S. Constitution. The lawsuits did not dispute the restrictions placed on Venezuela and North Korea.

Challengers, including the state of Hawaii and immigrant advocacy organizations, have argued the ban is discriminatory and violates the U.S. Constitution.

All refugees were temporarily barred as part of Trump’s first order but were not addressed in the latest ban. Instead, under a separate directive issued Oct. 24, refugees from 11 countries mostly in the Middle East and Africa now face additional security screening. The government argues the president has broad authority to decide who can come into the United States, but detractors say the expanded ban violates a law forbidding the government from discriminating based on nationality when issuing immigrant visas.

The administration has repeatedly said the ban is not discriminatory and pointed out that many Muslim-majority countries are unaffected by it.

Read more: Ivanka Trump may not be the real feminist she claims to…

Trump has made statements, however, that his legal opponents say reinforce their contention that his actions are based in anti-Muslim sentiments. Last week, for example, the president shared on Twitter anti-Muslim videos posted by a far-right British party leader.

In response to the tweet, Neal Katyal, attorney for the State of Hawaii Tweeted: “Thanks! See you in court next week.”

From Yahoo to Uber, major hacks of data