The tensions between US and China heighten after delayed negotiations for their longstanding trade war is coupled with the former's anti-China policies on Hong Kong and detention centres for Uighur muslims. 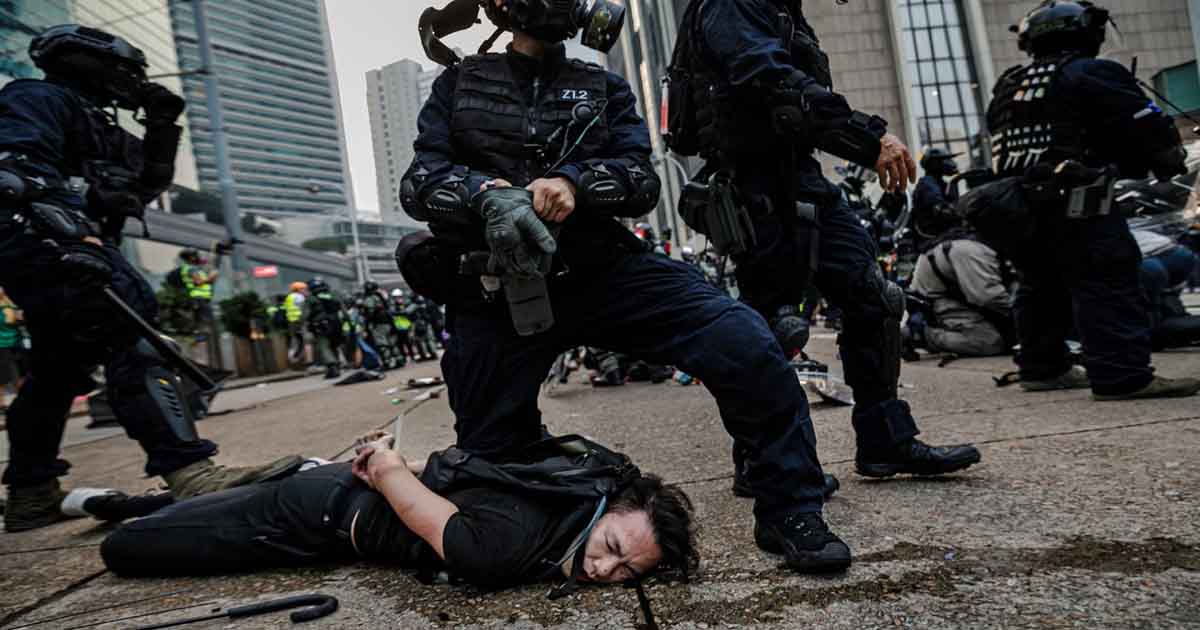 The US House of Representatives overwhelmingly passed legislation Tuesday that would apply sanctions against senior Chinese officials, triggering a furious response from Beijing.

The legislation adds to tensions between the two superpowers just as they are locked in negotiations to finalize a “phase one” deal to resolve their protracted trade war.

The US House has passed a bill that would force the Trump administration to take a tougher stance against Beijing over the mass detention of Muslim Uighurs, including sanctioning individual Chinese officials https://t.co/2FSAxqa0OU— Financial Times (@FinancialTimes) December 4, 2019

Washington had already angered Beijing when President Donald Trump signed legislation supporting pro-democracy protesters in Hong Kong, prompting Beijing earlier this week to impose sanctions on US NGOs and suspend future visits by US warships to the semi-autonomous city.

The Uighur Act of 2019 condemns Beijing’s “gross human rights violations” linked to the crackdown in the northwestern region of Xinjiang, where upwards of one million Uighurs and other mostly Muslim minorities are believed to be held in re-education camps.

The measure, which passed 407 to 1, is a stronger version of the bill that cleared the Senate in September. The two versions must be reconciled into one bill that gets sent to Trump’s desk.

The latest House measure condemns the arbitrary mass detention of Uighurs and calls for closure of the re-education camps where according to rights groups and US lawmakers they have been held and abused.

The bill notably urges Trump to slap sanctions on Chinese officials behind the Uighur policy, including Chen Quanguo, the Communist Party chief for Xinjiang.

“Today the human dignity and human rights of the Uighur community are under threat from Beijing’s barbarous actions, which are an outrage to the collective conscience of the world,” House Speaker Nancy Pelosi told her colleagues shortly before the vote.

Beijing called on the United States to prevent the bill from becoming law and warned — without elaborating — that it would respond “according to the development of the situation.”

The Chinese state-owned tabloid The Global Times quoted experts as saying Beijing will take “strong countermeasures” — including releasing an “unreliable entity list” that could sanction and restrict some US entities in the country, and imposing sanctions on US officials.

Rights groups and witnesses accuse China of forcibly trying to draw Uighurs away from their Islamic customs and integrate them into the majority Han culture.

After initially denying their existence, Beijing cast the facilities as “vocational education centers” where “students” learn Mandarin and job skills in an effort to steer them away from religious extremism, terrorism and separatism.

The House bill would require the State Department to produce a report within one year on the crackdown in Xinjiang.

And it would require the Commerce Department to ban US exports to entities in Xinjiang that are known to be used in the detention or surveillance of Muslim minorities, including facial recognition technology.

Republican Marco Rubio, a sponsor of the legislation in the US Senate, warned that China’s government and Communist Party are “working to systematically wipe out the ethnic and cultural identities” of Uighurs.

He applauded the House passage and said he looked forward to getting a reconciled bill to Trump’s desk.

In a surprise move just before Thanksgiving, U.S. President Donald Trump signed the Hong Kong Human Rights and Democracy Act in support of the pro-democracy movement there. Given its inclusion of a requirement to reexamine Hong Kong’s special trade status each year, the move may be a Hail Mary to try to force China to the negotiating table on trade talks and reclaim some of the United States’ fading leverage as Chinese international influence grows.

The tension between the United States and China over the Hong Kong protests and ongoing trade war is emblematic of a greater shift in power relations. China’s successful economic and geopolitical rise has positioned Beijing to push an agenda that is antithetical to the political and economic order Washington champions. China is no longer a rising power but rather a peer competitor with the United States.

Op-ed: How India distorted the truth to control occupied Kashmir