Qatar is trying to improve international image amid a painful embargo enforced by former allies. Gulf countries blamed it of financing terror groups in Middle East. It finds an opportunity in providing good offices to Taliban and US for peace negotiations. Not only this, but it has also spent huge finance on 2022 Football World Cup. Will Qatar be able to cash 'real' peace deal of the century 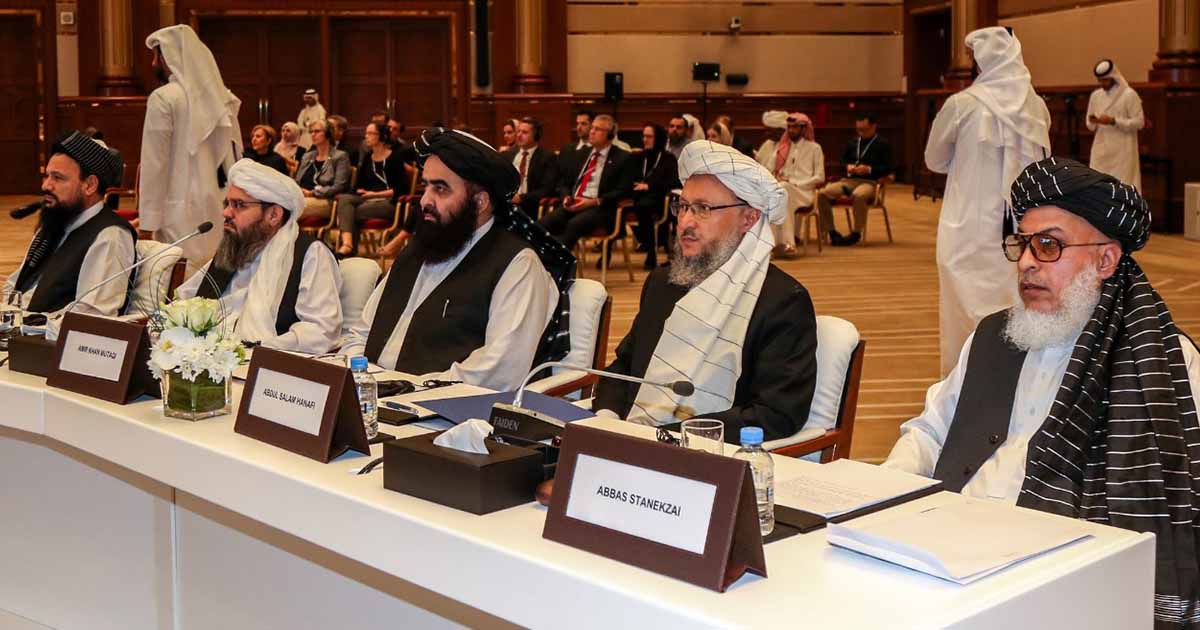 After quietly brokering dialogue between the warring sides in Afghanistan, Qatar is on the verge of reaping a major diplomatic dividend if a deal is signed in Doha this Saturday that would see the Pentagon withdraw thousands of troops.

The negotiations have created incongruous scenes of Taliban fighters-turned-dealmakers rubbing shoulders with guests in revealing outfits in the lobby of a luxury Doha hotel, to strains of pop classics played by the resident pianist. And Qatar has undertaken the ambitious project during a period of major regional challenges.

Qatar on Tuesday invited Pakistan to attend the signing of the landmark peace deal between the US and the Afghan Taliban in Doha on Saturday
https://t.co/qvBnhMIOvZ

Saudi Arabia, along with the United Arab Emirates, Egypt and Bahrain cut ties with Doha in 2017, closing their airspace, borders and ports, and severing all trade. Talks to resolve the wider rift have stalled, after a flurry of diplomacy, late last year raised hopes of a breakthrough.

But if it all goes to plan, when the embargo hits the 1,000-day mark on Saturday, Qatar’s emir, Sheikh Tamim bin Hamad Al-Thani, will be riding high on the success of the mediation efforts, at a time when he is shoring up alliances and forging new ones.

Tiny Qatar, a peninsula nation protruding from the Arabian desert into the Gulf and better known for its gas riches and controversial 2022 World Cup bid victory, was a seemingly unlikely choice to host negotiations.

Located 1,800 kilometres (1,120 miles) from war-ravaged Afghanistan, Qatar nonetheless invited the Taliban to open a political office in Doha in 2013 with Washington’s blessing.

Read more: Finally, US and Afghan Taliban sign a ceasefire

“If they didn’t have that access, no one would have taken them seriously,” Colin Clarke, an analyst at the Soufan Center, said of Doha’s decades-long engagement with the group, adding that the Qataris were seen as “trusted brokers by both sides”.

The deal, which Taliban and Afghan sources have said will be inked in Doha, is a historic accord slashing Washington’s military presence in Afghanistan in return for various security commitments from the Taliban.

The Qatar process got off to a rocky start, with controversy erupting soon after the establishment of the “Taliban Afghanistan Political Office” when the insurgents raised their flag above the high-walled villa.

Together with the Taliban branding of their country as the “Islamic Emirate of Afghanistan” the name they used during their 1996-2001 rule it provoked outrage in Kabul.

As well as the hotel venue, talks with the notoriously austere Taliban also took place at a prestigious members’ club where they mingled with US generals and suited State Department officials as well as members on their way to the gym and spa treatments.

An intra-Afghan dialogue, which was bookended by US-Taliban talks, brought the Taliban together with powerful Afghans including government officials, women, civil society and media.

One member of the Taliban delegation took great pains to avoid encountering female journalists at the club venue. But the biggest hiccup came in September when President Donald Trump torpedoed the ninth round of dialogue with a tweet, just as the process seemed to be reaching a crescendo.

Trump astonished many in Washington and around the world by announcing that he had invited the Taliban to the US presidential retreat at Camp David, but then cancelled the extraordinary meeting.

The president’s famed unpredictability could yet see the Doha plans up-ended he has said he would “put his name” on a deal if the partial truce that precedes the signing goes well.

As the historic day approaches, Sheikh Tamim has embarked on a separate diplomatic blitz, kicking off a regional tour in Amman this week where he announced 10,000 jobs in Qatar for Jordanians.

He visited Tunisia and Algeria during the mini-tour, and will shortly head to Central Asia, in a sign of the country’s confidence on the world stage even as the row with regional powers simmers.

The spat erupted in June 2017 over the rivals’ insistence that Doha was too close to Islamist movements and Iran, claims Qatar denies. But with its web of alliances, Doha is filling a key role with previous diplomatic efforts focusing on Lebanon, Gaza and Libya.

In January, Doha served as mediator when Tehran and Washington appeared close to war over the US killing of an Iranian general in January. Clarke said that Doha had proved its worth to Washington and operated in a space no one else could.

“If it works, they get a standing ovation, and if it doesn’t a lot of people didn’t expect it was going to,” he said.

Previous articleUS elections: Who is more likely to win?
Next articleOpinion: Drugs & the Farcical Euphoria of Fighting Depression

24 July 2021
Previous articleUS elections: Who is more likely to win?
Next articleOpinion: Drugs & the Farcical Euphoria of Fighting Depression