US-Taliban talks: Grand Jirga to predict the future of Afghanistan

Loya Jirga headed by Ghani has been rejected by many who see the assembly as a platform used by Ghani to promote his electoral campaign. 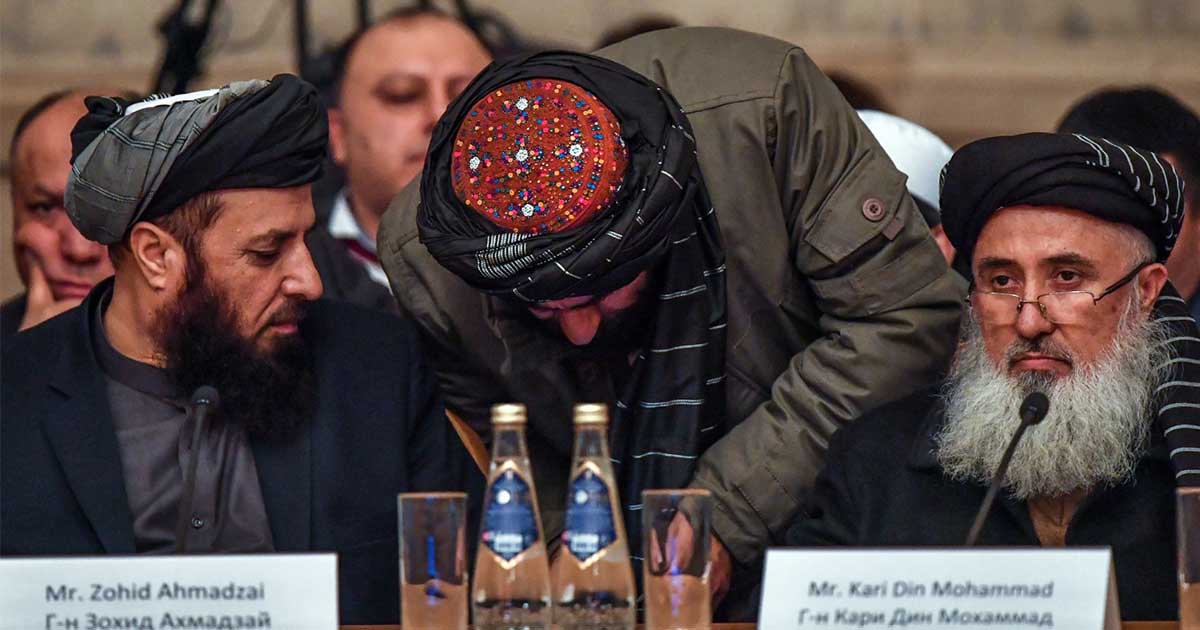 Kabul is set to host 2000 nationwide tribal dignitaries, religious scholars, teachers, and community activists in a “Loya Jirga”, which means “Grand Assembly” in Pashto, from Monday which is going to span over the duration of three days. The Jirga is commenced after the newly elected parliament has sworn in recently.

Arrangements for the great assembly have been made amidst tight security since the Taliban have previously fired rockets at the gathering of similar nature. Notables like former Afghan President Hamid Karzai, ex-foreign minister Zalmay Rassoul, former warlord Abdul Rab Rasoul Sayyaf and other influential people have confirmed their participation in the Loya Jirga.

The agenda of the meeting, which will be held in a tent large enough to accommodate thousands of people, is to build a national consensus over the ongoing dialogue process between Afghan Taliban and the United States of America.

As of now, the only available representation of Afghan society, the Kabul government which has recently undergone parliamentary elections, has been sidelined completely since Taliban are not ready to give them any degree of legitimacy. However, attendees of the Jirga are people from all spheres of the Afghan community, therefore, the resolution at the end of three-day Jirga would by large be a coherent demand of Afghan society regarding their future.

But the Afghan government is not even able to overcome the internal differences before a national consensus could be reached to present one resolute stance against the marching Taliban. Chief Executive of the Afghan government Dr. Abdullah Abdullah and former warlord Gulbuddin Hekmatyar, who was warmly embraced by the Ghani Administration and has also expressed desire to run for Presidency, have boycotted the Jirga saying it was organized without their consultation.

Taliban have denounced the Loya Jirga saying that whatever it may decide would not be binding upon the group at all. A delegation of the insurgent group was also set to meet a delegation of Afghan society in Qatar on the sidelines of U.S-Taliban dialogue process, but the meeting could never turn into reality after both sides made serious statements against each other. The outcome of planned meet up in Qatar and the Taliban’s denial to give any sort of leverage to the final decision of Loya Jirga is actually a dismal sign for the future of Afghanistan.

Though the group has said that they are willing to work up a solution with their fellow Afghans about the power-sharing formula in the post-U.S withdrawal scenario, but apparently it is just limited to a political statement as the ground reality is far different. Multiethnic Afghan society has several needs and Taliban being predominantly Pashtuns, which is also the largest ethnicity of Afghanistan, are failing to win the trust of the entire society.

Read more: How feudal lords use jirgas to maintain supremacy

Part of the reason why the Taliban are reluctant to welcome the development is that the same Grand Jirga convened back in 2013 had endorsed the stay of U.S troops in Afghanistan beyond their planned withdrawal in 2014. And it is also probable that only those influential figures are facilitated by the Kabul government to voice their opinion in Loya Jirga who have been inherently pro-government or pro-democracy.

Nevertheless, it was a loud and clear demand from a faction which is the only other entity to gauge the aspiration of masses. Without any feasible alternative, the Loya Jirga is a collective call of entire Afghan social fabric and if Taliban pay no heed to it, then, irrespective of what they might claim to garner international support, it means that they still want to impose their opinion via strength which they have managed to accumulate in the battlefield.