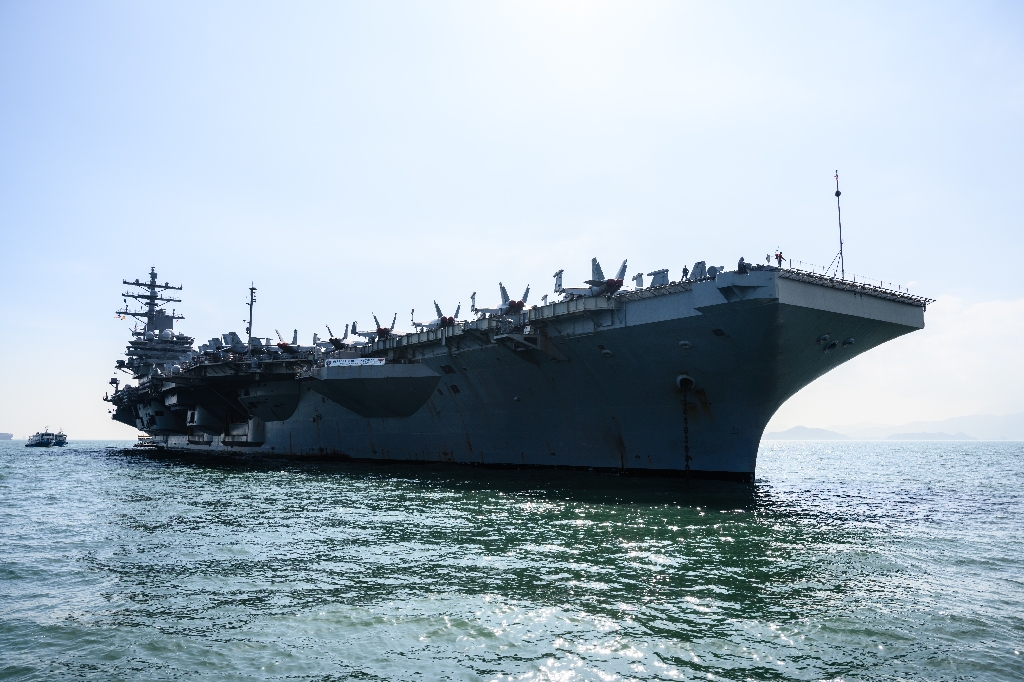 An American warship and carrier strike group visited Hong Kong Wednesday in a move seen as a conciliatory gesture by China ahead of next week’s crunch meeting between the global superpowers’ presidents.

The port call at the semi-autonomous city comes just two months after China nixed a similar visit by the US Navy, and at a time of heightened tensions between Washington and Beijing, fuelled by a burgeoning trade war.

Tension is simmering between China and the US, who have this year traded punishing tariffs on billions of dollars’ worth of imports.

The two crossed swords at last week’s APEC summit over the rules of global trade, with the group of 21 nations failing to issue a joint statement for the first time.

US President Donald Trump and his Chinese counterpart Xi Jinping are set to meet at the G20 summit in Argentina which starts on November 30.

“It is a friendly gesture made by the Chinese side to let the USS Ronald Reagan visit Hong Kong before the scheduled meeting between President Xi and President Trump in Argentina,” Beijing-based military expert Zhou Chenming told the South China Morning Post.

Prior to the Navy’s arrival, senior People’s Liberation Army commander Lt Gen Tan Benhong and other officers were invited to visit the USS Ronald Reagan on the deck as it sailed to Hong Kong, the newspaper reported.

In September, China cancelled a scheduled visit by a US warship to Hong Kong and scrapped plans for a meeting between the head of the Chinese navy and his American counterpart.

The moves came around the time US B-52 bombers flew through international airspace over the South China Sea and the East China Sea.

In 2016, China denied US aircraft carrier USS Stennis and accompanying naval vessels permission to make a port call in Hong Kong amid heightened tensions between the two countries over Beijing’s moves to assert its claims to much of the South China Sea.

On Wednesday, the US Navy said it plans to meet with locals through sporting competitions, after local media said friendly football matches would be played with the Chinese People’s Liberation Army and Hong Kong police during their stay.

Trade war ramps up as US threatens $200bn in Chinese goods

US pressure tactics in Cold War 2.0 fail to faze China

China, US showdown looms on trade at fractious G20