After accusing Pakistan of providing a safe haven to terrorists from Afghanistan in January 2018, the US has revisited its relationship with the country and cited progress as it plans to resume military training program (IMET) after congressional approval. 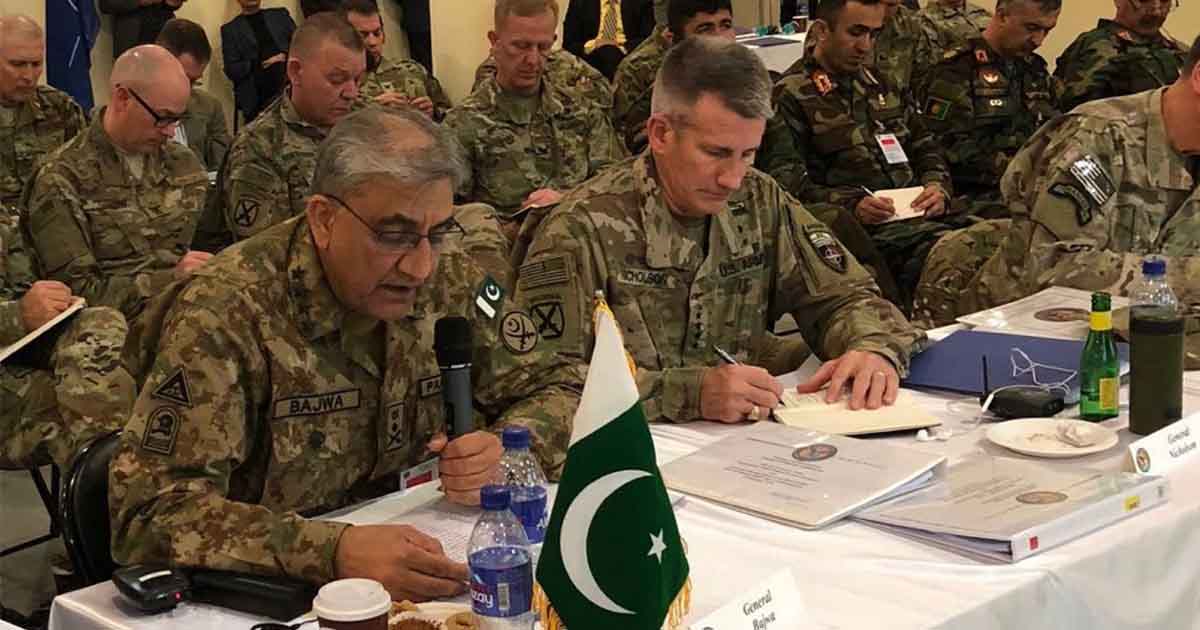 The United States will allow Pakistan to rejoin a military training program suspended two years ago when President Donald Trump froze security aid to the country.

The decision, which affected approximately $1.3 billion in annual aid, came three days after President Trump alleged on Twitter that Pakistan had “given us nothing but lies & deceit” and accused it of providing “safe haven to the terrorists we hunt in Afghanistan.”

US government has frozen all security aid to #Pakistan, as it has failed miserably to deal with terror groups like Afghan Taliban & the Haqqani network who have destabilised the region & targeted US personnel.@myraemacdonald @husainhaqqani pic.twitter.com/x64P99cPiv

After Mr. Trump’s tweet, ex-foreign minister Khawaja Muhammad Asif said that there was a need to revisit the nature of its relations with the United States. In an interview with a local news network, he said the United States was acting like neither an ally nor a friend.

The Pakistani PM Imran Khan had replied to President Trump’ s tweet by saying that the US should focus on the Afghan issue and not try to make Pakistan a scapegoat for its failures in Afghanistan; Pakistan has been at the forefront of the ‘War on Terror’.

Resuming the program, which represents only a part of the halted aid, is one sign of warming relations between Washington and Islamabad. Even in the early months of 2018, many US officials had argued that this ban on training programs (IMET) International Military and Education Training will be counterproductive since United States will end up losing it contacts with Pakistani military which must be maintained and are in the United States’s strategic interests.

Trump hosted Pakistani Prime Minister Imran Khan at the White House in July 2019, and the US has several times welcomed Pakistani help in negotiations with the Afghan Taliban.

US officials have long accused Pakistani agencies of collaborating with Islamist radicals including the Taliban, but they cite progress over the past few months

In January 2018, Trump froze the assistance, alleging that Pakistan was not doing enough to target bases of the Afghan Taliban and its affiliated Haqqani group.

According to a US State Department spokesperson, the freeze “authorized narrow exceptions for programs that support vital US national security interests.”

The US administration “has approved the resumption of the International Military Education and Training (IMET) program for Pakistan as one such exception, subject to congressional approval,” the spokesperson said.

Under the program, some 66 Pakistani mid-career officers go to US institutions for annual training. The program dates back to 1960s, but remained suspended during 1990s due to nuclear proliferation-related sanctions under Pressler Amendment. It is said that since the resumption of the program in the post-9/11 era, when Pakistan and United States embarked on a new phase in their ties, US has spent around $45 million on training of Pakistani officers at its elite institutions.

US officials have long accused Pakistani agencies of collaborating with Islamist radicals including the Taliban, but they cite progress over the past few months.

Pakistan has denied such accusations and at the time called it “counterproductive” to threaten security aid, which Trump froze prior to Khan’s election in August 2018.

While relations between United States and Pakistan have steadily improved in the last one year and can be called ‘stable’ the resumption of International Military and Education Training (IMET) program can not be considered a fresh break through or very important in itself.

The suspension of the program had happened as a consequence of overall stoppage of US military aid to Pakistan. IMET was a small component of that overall decision. As soon as it transpired that IMET will be hit as a result of the new budgetary constraints on Pakistan the US officials had felt that this was counter-productive because it will end up reducing US access and reach to Pakistani military. Maintaining such relations is important to US strategy – and it was clear even then that soon IMET will be resumed.