Use of blasphemy card against Imran Khan: Will it benefit PML-N?

PML-N continues its attempts to undermine the ruling party PTI - the latest attempt being a blasphemy allegation. 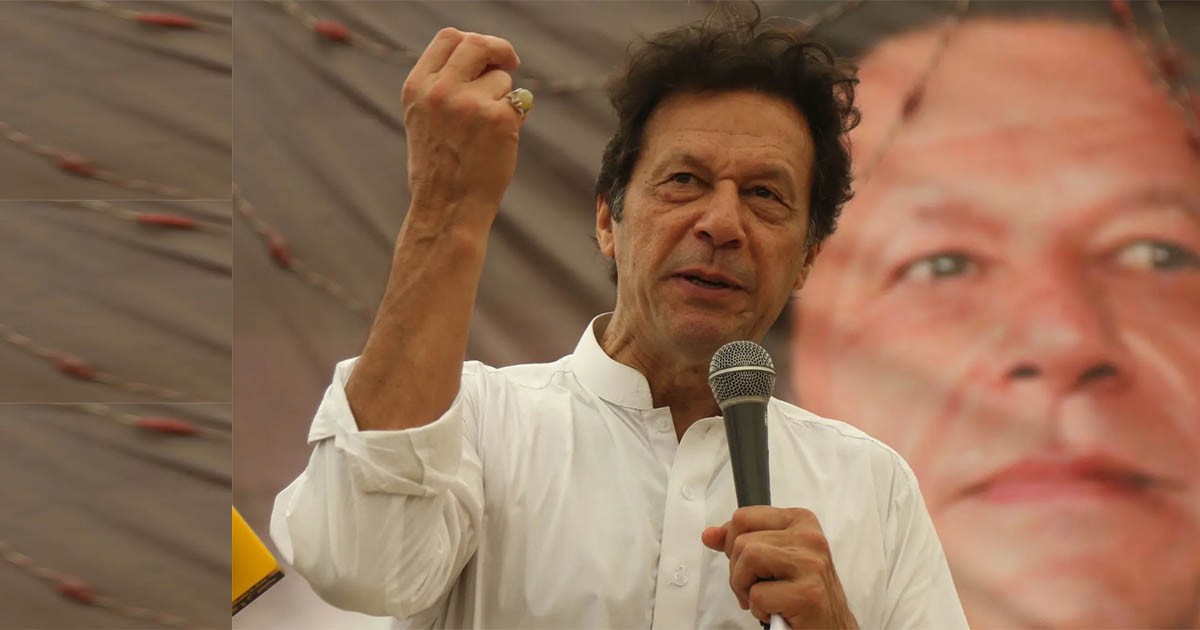 In a latest, and a rather below the belt move, Pakistan Muslim League-Nawaz (PML-N) has accused the ruling party of committing blasphemy. Shahid Khaqan Abbasi, vice President of the party, stated that it is unacceptable for any Muslim for what Imran Khan has said a few days back, referring to a speech delivered by the prime minster in which he also made some reference to the state of Medina.

Using the blasphemy card against anybody in Pakistan is a matter of routine, however, it does have dangerous consequences. Several lives have been lost through murders committed by friends or students who used this as excuse to target their aides or professors under the pretexts of insulting sacred personalities.

Therefore, Federal Minister for Science and Technology, Fawad Chaudhry, had to clarify on the eve of Friday that “he [PM Imran] is an honest man and a devout Muslim … he just doesn’t prefer wearing beard.” He also urged the opposition that politics and religion must be kept apart. However, he added, opposition politicians in Pakistan often use religion to advance their agenda against the government.

Prominent analyst Reema Omer argues that the opposition has decided to ignore all relevant issues and decided to focus on petty, unnecessary things.

The Prime Minister of Pakistan was quoting some incidents which took place during the time of The Prophet Muhammad (P.B.U.H). The point he was trying to make was how it is the leadership and public legitimacy which helps a nation to stand up and rise to the maximum. He also highlighted the scenarios when the leadership was not followed and Muslims had to face irreplaceable losses because of it.

The PML-N has now decided to challenge PM Khan on technical grounds. Say, for instance, Shahid Khaqan Abbasi is critical of Imran Khan for not using appropriate and well-thought language while talking about holy personalities. Experts and political commentators view the development ‘below the belt’ and ‘pathetic’, which has nothing substantial to offer.

The PML-N has itself been a victim of religious fanatics who challenged Nawaz Sharif, then Prime Minister and compelled his government to bow down before a mob. PTI’s government, after coming to power, made it clear that the state shall maintain its writ under all circumstances. They proved it when the leadership of an extremist religion-political party were arrested and trialled under the ATC act.

Prominent analyst Reema Omer argues that the opposition has decided to ignore all relevant issues and decided to focus on petty, unnecessary things.

Serious concerns about budget; references against judges; stifling of critical voices; high-profile arrests, including of MNAs; secret FIRs – yet, leadership of opposition parties think its wise to highlight something as petty, unnecessary and dangerous as this

Marvi Sarmad, rights activist, said that “don’t do it, dear opposition parties… Please don’t fall to this trap. Blasphemy against Sahaaba Karaam hasn’t happened. You know it. We all know it. Keep politics clean. PTI used religion for its petty politics, are you planning to do the same? Keep mullahs aside.”

Don't do it, dear opposition parties… Please don't fall to this trap. Blasphemy against Sahaaba Karaam hasn't happened. You know it. We all know it. Keep politics clean. PTI used religion for its petty politics, are you planning to do the same? Keep mullahs aside. Talk budget.

Hussain Nadim, academic and media person, explained that “when nothing else works #PMLN goes back to its very roots to play the blasphemy card. It doesn’t even surprise anymore.”

When nothing else works #PMLN goes back to its very roots to play the blasphemy card.

Khawar Ghumman, bureau chief Dunya TV, believes that we, as a nation, have not learnt from the past.

Once again, the issue of blasphemy echoed in the National Assembly. We as a nation has refused to learn from our past mistakes.

Catch-22 situation: Will the State Bank’s decision to let the rupee depreciate work?

Asad Umar: Talks with IMF to continue but no need to rush into a deal