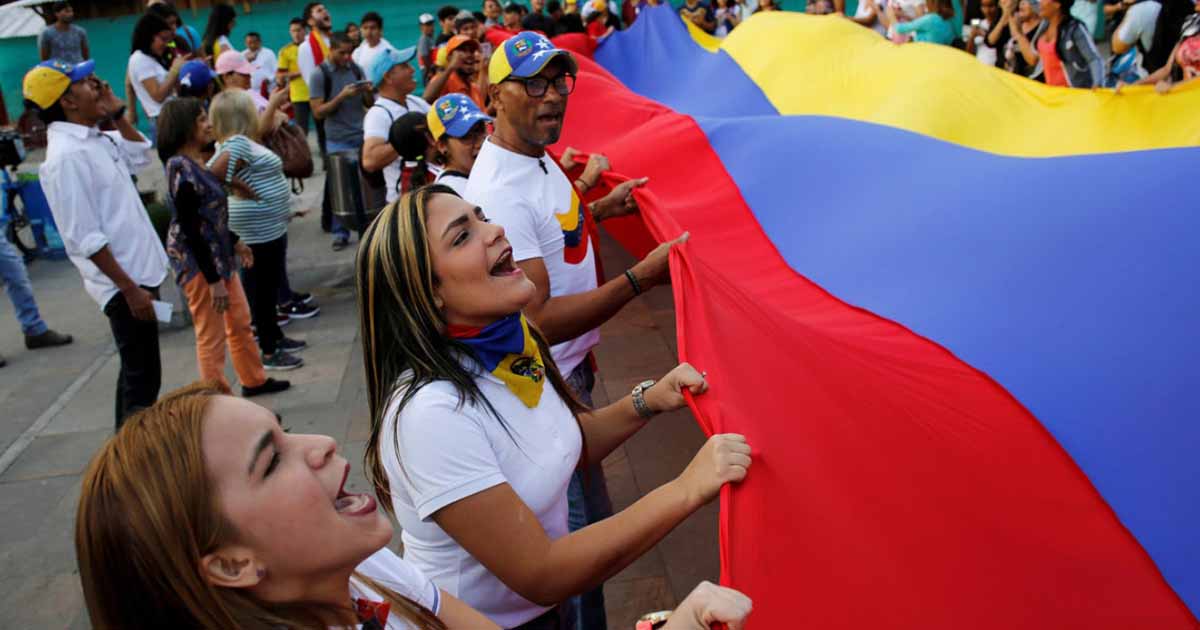 The court, which announced the ruling in a statement, said it asked Attorney General Tarek William Saab to handle the “criminal investigation” into opposition deputies for “high treason” and “conspiracy.” Soon after the announcement, the Constituent Assembly which effectively acts as a regime rubber stamp stripped the seven lawmakers of their parliamentary immunity.

“What comes now? A trial” said Constituent Assembly speaker Diosdado Cabello, the regime’s second most powerful figure after President Nicolas Maduro. Cabello ominously added that three unnamed other lawmakers had been identified and would undergo the same process.

The Constituent Assembly has said it would suspend the immunity of any lawmakers who backed the April 30 uprising, which set off two days of violent clashes between security forces and protesters that left five people dead.

The list includes Henry Ramos Allup, the former speaker of the opposition-controlled National Assembly. Guaido, who is recognized as Venezuela’s interim president by more than 50 countries and was himself stripped of his immunity on April 2, denounced the decision. The government’s “only response…is to persecute, because they no longer govern, because they no longer have command,” he said.

“Today, this parliament offers the solutions that the regime cannot and will not be able to give, and that is why it is already defeated,” Guaido said during a session of the opposition-controlled National Assembly legislature, which journalists were not allowed to attend by order of the military.

In Washington, US Vice President Mike Pence kept up the pressure on President Nicolas Maduro’s shaken regime by announcing that sanctions against his sacked intelligence chief General Christopher Figuera were being lifted. Pence, speaking at the State Department, said he hoped that Figuera’s defection would inspire other senior Venezuelans to break ranks with Maduro.

Washington “will consider sanctions relief for all those who step up for the constitution and support the rule of law,” Pence said. “I hope the actions our nation is taking today will encourage others to follow the example of General Cristopher Figuera,” he said. Pence hinted that the United States could impose sanctions on the Venezuelan judges if they use the court as “a political tool for a regime that usurps democracy, indicts political prisoners and promotes authoritarianism.”

“If the Supreme Court in Venezuela does not return to its constitutional mandate to uphold the rule of law, the United States of America will hold all 25 of its magistrates accountable for their actions,” Pence said.

Saab, the attorney general, has said separately that authorities have already issued 18 arrest warrants against “civilians and military plotters” following the April 30 uprising.

In his speech, Pence also announced that a US Navy hospital ship, the USNS Comfort, will return to the area in June for a five-month mission aimed at assisting neighboring countries that are caring for some of the millions of Venezuelans who have fled their country’s crumbling economy.

The other lawmakers named on the Venezuelan Supreme Court prosecution list were Edgar Zambrano, Luis Florido, Marianela Magallanes, Simon Calzadilla, Americo De Grazia, and Richard Blanco. The Constituent Assembly has said it would suspend the immunity of any lawmakers who backed the April 30 uprising, which set off two days of violent clashes between security forces and protesters that left five people dead.

Dozens more were injured and more than 233 were arrested in the unrest. Saab, the attorney general, has said separately that authorities have already issued 18 arrest warrants against “civilians and military plotters” following the April 30 uprising.

Read more: One shot dead, at least 27 hurt in Venezuela May Day clashes

The international Contact Group on Venezuela, which met in Costa Rica’s capital San Jose on Tuesday, announced it would send a high-level mission to the crisis-wracked country to monitor humanitarian aid distribution and encourage dialogue.