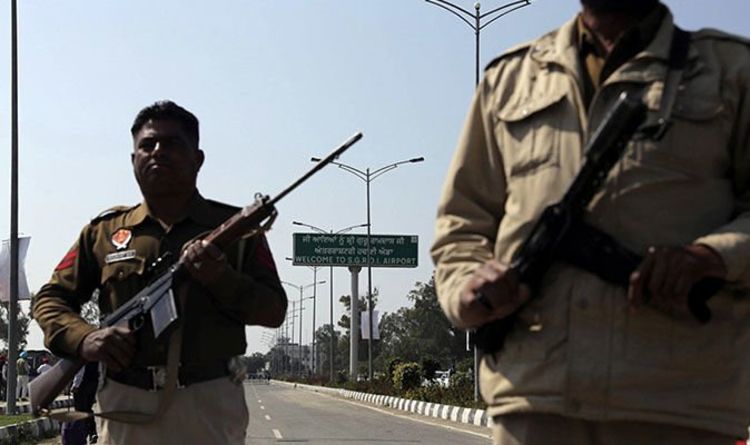 If chest-thumping by politicians on both sides of the border was not enough to indicate troubled times, the Indian Army warned Pakistan of reprisals in a DGMO level contact with the Pakistan Army.

Over the course of a month, both militaries have claimed to have pulverized camps across the LoC and have refuted each other.

DGMO Indian Army conveyed his commitment to ensuring peace and tranquillity which is contingent on Pak army’s intentions and actions. “If Pak army continues to abet infiltrations and cause trans-LoC firings, the Indian Army will take appropriate retaliatory actions,” an Indian army statement said.

Pakistani DGMO Major General Sahir told his Indian counterpart that killing of innocent civilians and inadvertent crossers at LoC and labeling them as infiltrators is not reflective of military professionalism. He asked for actionable evidence to resolve this issue which is having an escalator effect.

“Pakistan Army is committed to maintaining peace and tranquility along LOC/Working Boundary. However, any Indian misadventure from across and along LoC in any form shall be responded with full force at the time and place of our choosing with the onus of responsibility on Indian aggressive behavior.”
– Major General Sahir

The unusual and untimely conversation took place amid rising tensions between the two countries. The military clashes, though tactical in nature, are becoming more frequent. With an impasse at the diplomatic and political levels, the likelihood of escalation is increasing.

Over the course of a month, both militaries have claimed to have pulverized camps across the LoC and have refuted each other.

On 3rd June, the Director General of the ISPR said that in response to Indian unprovoked firing on the LoC, the Pakistan army destroyed Indian bunkers and killed five soldiers.

To lend credence to the claim, a video was attached to the next tweet.

“Video clip showing destruction of Indian posts on LOC by Pak Army in response to unprovoked Indian firing on innocent citizens,” he tweeted.

“It is false and fabricated,” a top Indian Army official said. The Indian Army had also dismissed the Pakistan military’s claim that five Indian soldiers were killed in Tatta Pani sector along the LoC yesterday when Pakistani troops had retaliated to Indian fire. Officials claimed that only women sustained minor injuries.

It is important for both countries and their leaderships to understand the dynamics of escalation in the Indo-Pak theater. Videos may satisfy domestic audiences but have a negative effect on the escalation ladder.

“The Pakistan Army has been providing support to armed infiltrators by engaging our forward troops from their weapon emplacements and pillboxes closer to the Line of Control. At times they have not even hesitated to target villages in the proximity of Line of Control. As part of our counter-terrorism strategy and to ensure that infiltration is curbed and initiative remains with us, the Indian Army proactively dominates Line of Control.” He said there was damage to the Pak army posts.

This was met with euphoria and jubilation all over India. However, the claim was quashed away by the Pakistani army.

It is important for both countries and their leaderships to understand the dynamics of escalation in the Indo-Pak theater. Videos may satisfy domestic audiences but have a negative effect on the escalation ladder. Such muscle flexing cannot be afforded in the even otherwise volatile regional environment.

India’s home minister Rajnath Singh has said that the Indian army has been given a free hand to deal with “any attempt by Pakistani troops to disturb peace in the country”.

“Pakistan has been making repeated efforts to disturb the peace and tranquility in Jammu and Kashmir… our forces will give an appropriate reply to such provocations.”
– Rajnath Singh

“Indian forces will not count bullets while replying to any provocation by Pakistan,” Singh said on Sunday as he warned Pakistan against any ‘misadventure’.

His statement came a day after another attack was carried out on a military convoy in Indian Held Kashmir, something which has become a norm since last year’s killing of Burhani Wani (a Freedom fighter for the Kashmiris).

“Pakistan has been making repeated efforts to disturb the peace and tranquility in Jammu and Kashmir… our forces will give an appropriate reply to such provocations,” he added.

Fiery statements, military posturing, and the resolve to apply more pressure on Islamabad is well underway. This is worrisome and important for Islamabad as a new US Pakistan-centered Afghan policy is afoot. The worsening security profile of Kabul will align the convergence of views of India and Afghanistan. It is noteworthy to mention that the US buys the argument that Pakistan is behind the resistance in Kashmir and the resurgence of the Taliban in Afghanistan.

An open support from the all-powerful US President may go on to make Delhi more brazen and tough with Pakistan.

It is reasonable to analyze that ramping up tensions on the borders is an attempt to deflect the brewing situation in Kashmir. Logically, Pakistan has nothing to gain by provoking India at a time when it is involved in eliminating terrorism at home. Evidence of Indian involvement in subverting Pakistan is backed up by its blatant opposition to CPEC and military activities along the LoC, WB, and IB. The Indian military concluded a corps-level exercise on the Rajasthan border. 20,000 troops took part in the simulations, which involved the Air Force as well. The Army was said to be rehearsing battlefield mobility of troops “keeping in view the fluidity of scenario and insertion of troops by the third dimension”. “Fluidity of scenario” refers to the fast-changing environment that is going to be a characteristic of all future wars. It was meant to test the induction of troops into a tactical situation through the use of airborne platforms.

All this is being assuredly done because countries like the United States have bought the Indian narrative and have discarded that of Pakistan. In the conclave at Riyadh, President Trump clearly labeled India as a victim of terrorism, but he did not mention Pakistan’s long-drawn fight against terror.

“The nations of Europe have also endured unspeakable horror, so too have nations of Africa and South America, India, Russia, China, Australia have all been victims. Every country must ensure that terrorists do not find any sanctuary on their lands,” Trump said during his address in the Riyadh Summit.

Read more: CPEC and Pakistan’s road to development: Can India sabotage the plan?

Analysts opine that it was an absolute triumph for Indian diplomacy where their greatest grievance with Pakistan was taken up at the summit. An open support from the all-powerful US President may go on to make Delhi more brazen and tough with Pakistan. Even otherwise the new US policy for the region has Pakistan at the epicenter.

Previous articleSummer of ‘67 (Part-II) – Pakistan Air Force’s show of excellence
Next articleIncreasing foreign debts: When will Pakistan be truly ‘independent’?

Unlike Trump, JFK didn’t bend the knee to US Establishment