Was Pulwama attack done by BJP? 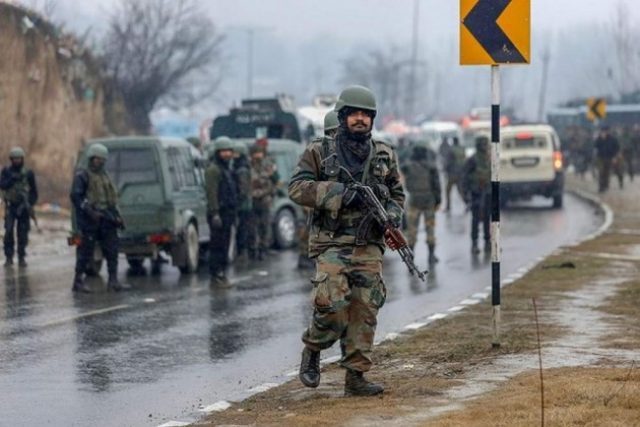 A recent video posted by an Indian activist known as Avi Dandiya has become viral across the internet as it has exposed the ruling Indian party the BJP as the culprit behind the 14th February suicide attack in Pulwama. Nearly eleven hours ago an Indian named “Avi Dandiya” who is apparently residing outside of India, came live on Facebook and shared a voice recording. He shared the recording with a caption in Hindi that translates into

In that recording, he asserts that two famous BJP politicians “Rajnath Singh” and “Amit Shah” in a conference call asked for Pulwama attack for their upcoming election win in 2019. Not only Pulwama but the recording also designated the BJP as the culprit behind the attack on Uri. In that voice recording, these politicians asked for Pulwama attack from an unknown lady and asked to kill 50 to 100 Indian army soldiers. The lady agreed for it in return for an unspecified amount of money.

Film actor turned politician and founder of Jana Sena Party Pawan Kalyan has created a stir by revealing that the BJP had told him two years ago that there will be a war before the Lok Sabha elections.

In the conversation, the unknown lady muses about the impact, the deaths will have on the country particularly on the afflicted households. She also earlier asks how a war will be caused by a terror attack. A target is also selected with a base attack like Uri not being preferred as it does not kill enough soldiers. The lady herself states that killing “one or two” soldiers won’t be enough and more casualties will have to be inflicted.

While there has been no official response by the BJP as yet, it is more likely the BJP will want the Indian public to ignore this seemingly startling revelation. There are already many Indian voices in the air that are arguing that it is BJP’s fingerprints behind the terror attacks that led to violent tensions with neighboring Pakistan.

Mark my word – In the next 5 months, Modi will smile more in public and will cry more in public.
India should be also prepared for a major riot and/or a major border confrontation with Pakistan before the 2019 election.— Ashok Swain (@ashoswai) December 11, 2018

Pawan Kalyan who had actively campaigned for the BJP-TDP alliance in 2014 has already declared that his party JSP will contest the coming elections on its own.

Pawan Kalyan, who is touring different parts of Andhra Pradesh to gear up the party for the forthcoming elections made the claim addressing a public meeting in Kadapa district while commenting on the continuing confrontation between India and Pakistan.

Without revealing the identity of the BJP leader who had told him about the “war before elections”, Pawan Kalyan said, “I was told two years ago war will be coming. From this, you can understand what kind of situation our country is in”.

Pawan Kalyan who had actively campaigned for the BJP-TDP alliance in 2014 has already declared that his party JSP will contest the coming elections on its own. The film star was interestingly given pride of place in Narendra Modi’s election meetings in Andhra Pradesh in 2014. “War cannot solve any problem. It will only harm both the sides”, he added.

Pawan Kalyan received support to his statement from unexpected quarters. Film actress and a Congress leader Vijaya Shanti took to Twitter to support him. “I fully endorse his opinion. I categorically, even now, suggest that the BJP should refrain from resorting to the basest attempts of utilizing sensitive issues like national security for mean political ends”, she said.

Trump Yells and bangs phone on the Australian PM