Acting US Assistant Secretary of State for South and Central Asia, Alice G Wells, urged India to uphold minority rights and eliminate religious violence and discrimination against Muslims and Dalits. 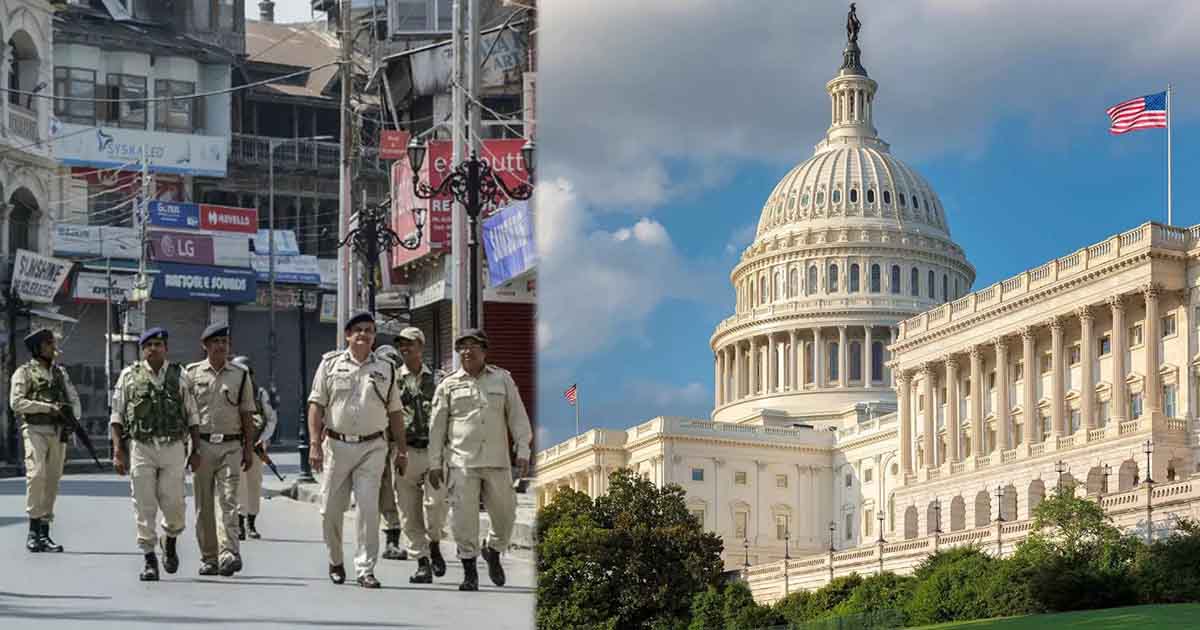 Acting US Assistant Secretary of State for South and Central Asia, Alice G Wells, on Monday, expressed concern over the heightened incidents of violence and discrimination against minorities. Wells highlighted the attacks on Dalits and Muslims by cow vigilantes, which go unchecked by the Narendra Modi-led Indian government.

Alice G Wells stated that India is not upholding legal protections for minorities, and urged New Delhi to “fully uphold” the right to religious freedom.

These comments emerged in a statement prepared and submitted to the Congressional committee on the hearing on, “Human Rights in South Asia: Views from the State Department and the Region.”

The line of questioning Alice Wells faced from elected reps was nothing short of a shakedown.

How is this issue ever going away, she must be thinking. She won’t enjoy being in the hot seat in a few months time when she reappears for the South Asia hour.pic.twitter.com/RAgouVN6FZ— Ashraf Faiz (@ashraffaiz) October 23, 2019

Briefing the US Subcommittee on Asia, the Pacific, and Nonproliferation of the House Foreign Affairs Committee, Acting US Secretary of State for South and Central Asia, Alice G Wells said, “Incidents of violence and discrimination against minorities in India, including cow vigilante attacks against members of the Dalit and Muslim communities, and the existence of anti-conversion laws in nine states are not in keeping with India’s legal protections for minorities.”

Urging the Modi-led Indian government to “fully uphold” the right to religious freedom, Alice G Wells iterated Washington’s concerns over the heightened violence and the Muslims of Assam who are likely to lose their Indian citizenship.

Wells said, “We encourage the Government of India to fully uphold the universal right to religious freedom; protect vulnerable individuals, including the 1.9 million people in Assam at risk for statelessness because of questions about their citizenship; condemn all incidents of violence; and hold perpetrators accountable.”

Ms Wells noted that earlier this year, India witnessed a historic election as 68% of the eligible Indian voters came out to cast their vote. She said, “Indians of every religion, caste, sect, and socio-economic background participated in this remarkable display of parliamentary democracy, which also witnessed a record turnout of women voters.”

She observed that India’s civil society and democratic institutions are “remarkable” given the immense sizes and developmental challenges faced by the country.

Read more: Kashmiris are Not Alone in World: US Politicians Urging India for Transparency

Ms Wells observed that India enjoys a dynamic and evolving strategic partnership with the United States, and this relationship, she said, is multifaceted and broad. Stating that Washington is a proud partner of India, she said that it’s Constitution mandates a secular states that provides equal rights to all citizens, including religious freedom, and freedom of speech.

Alice G Wells observed that the US State Department has been closely monitoring the situation in occupied Jammu and Kashmir after India revoked its special constitutional status. She observed while New Delhi argues its objectives of ushering economic development and implementation of all national laws as the reason behind the abrogation of Article 370, Washington remains concerned about the ongoing situation in the valley.

Wells said, “While we support these objectives, the Department remains concerned about the situation in the Kashmir Valley, where daily life for the nearly eight million residents has been severely impacted since August 5.”

The Acting Secretary of State for South and Central Asia added, “The Department has raised concerns with the Indian government regarding the detentions of local residents and political leaders, including three former Chief Ministers of Jammu and Kashmir.”

Ms Wells urged New Delhi to put an end to the unprecedented communications blackout and respect human rights. “We have urged Indian authorities to respect human rights and restore full access to services, including internet and mobile networks. Post-paid mobile service has been restored in the Valley, but internet access remains intermittent.”

She highlighted that both foreign and local journalists covering the ongoing developments in the occupied valley have “faced challenges in access and reporting due to security restrictions.” The statement noted that “several thousand people have been detained over the past two months” and while many have been released, hundreds remain in detention without charges under India’s Public Safety Act.

Wells added, “The security situation in Kashmir remains tense. Clashes between youth and security forces are a regular occurrence, and Indian forces killed suspected terrorists in multiple firefights last week. We are concerned about reports of local and foreign militants attempting to intimidate local residents and business owners in order to stymie normal economic activity.”

Read more: Imran Khan’s passionate appeal: Will the world wake up to Kashmir?

Clarifying Washington’s stance on Kashmiri, she said: “The United States supports the rights of Kashmiris to peacefully protest, but condemns the actions of terrorists who seek to use violence and fear to undermine dialogue.”

Alice G Wells welcomed Prime Minister Imran Khan’s “unambiguous statement” that any “terrorists from Pakistan who carry out violence in Kashmir are enemies of both Kashmiris and Pakistan”.

The statement added, “Pakistan’s harboring of terrorist groups like Lashkar-e- Taiba and Jaish-e-Muhammad, which seek to foment violence across the Line of Control, is destabilizing, and Pakistani authorities remain accountable for their actions.”

Urging Pakistan to take “sustained and irreversible steps” against terrorism, she urged the two countries to lay the foundation of a successful dialogue process. The statement added, “We believe the foundation of any successful dialogue between India and Pakistan is based on Pakistan taking sustained and irreversible steps against militants and terrorists in its territory.”

Highlighting Washington’s efforts, it stated, “Both the President and Secretary Pompeo have met and spoken with their Indian and Pakistani counterparts multiple times, including at the recent United Nations General Assembly, to encourage dialogue.”