Arabic academic Khalid Beydoun shared the video on his Twitter account. Social media users appreciated his act and called his humanitarian act a ray of light amid heightened communal tensions in India. 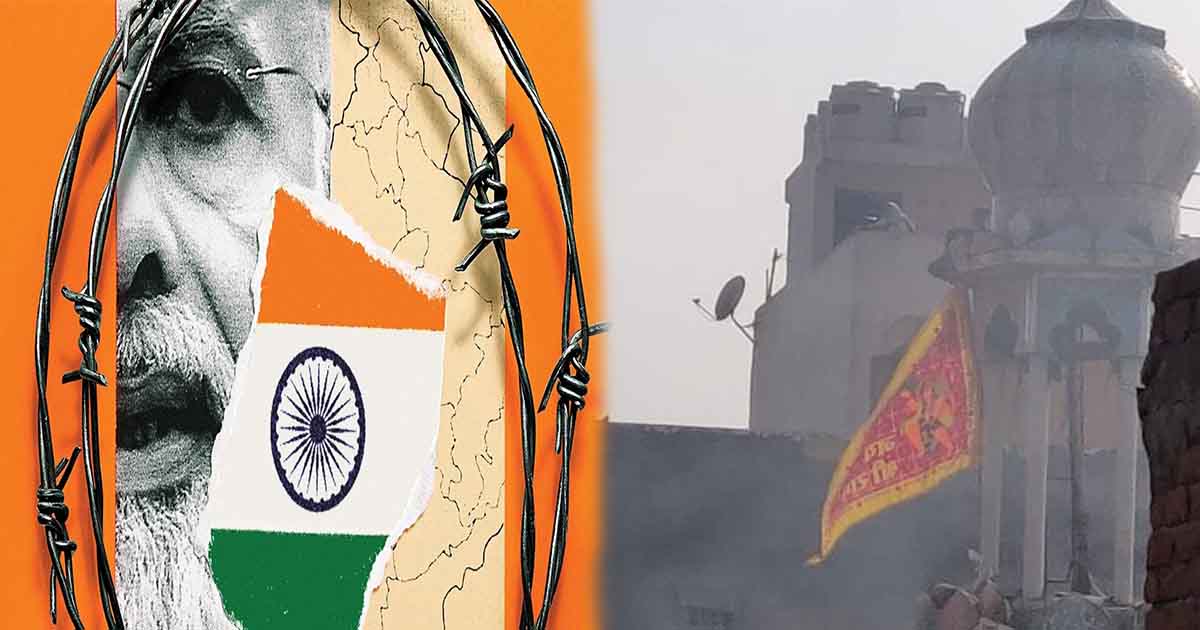 Social media praised a man who took down RSS’s saffron-flag erected at a mosque in New Delhi. The goons of RSS had damaged the mosque and erected a saffron flag on a mosque during the recent Delhi riots.

Arabic academic Khalid Beydoun shared the video on his Twitter account. Social media users appreciated his act and called his humanitarian act a ray of light amid heightened communal tensions in India.

The video shows a man climbing the minaret of the mosque to take down the RSS flag.

A young Hindu man removes the Hindu Nationalist flag from the top of a Delhi mosque.

“This is a young man, our Hindu brother, who is a very nice man, taking down the flag placed on top of the mosque. This is a very good thing. The atmosphere here, when we came here, is peaceful. The neighbors have welcomed the Muslims,” a man can be heard saying in the video.

“Today, the flag that was placed on the mosque that day is being taken down,” the narrator adds, before asking for the name of the young Hindu man, who identifies himself as Ravi.

“Ravi is spreading the message of love and peace,” the man notes.

“All the young men here have urged the Muslim community that left the area during the riots to return to their homes. They have pledged to live with them in peace with love like they have been living for so many years before the riots,” the man further says.

Delhi became the epicenter of communal riots in India for the past few days; petrifying images of brutal assault and massacre of Muslims by BJP and RSS goons on the streets of Delhi poured in on social media, triggered concerns and outrage from people across the globe.

The rampage in Delhi was a fresh episode of intense conflict in the spree of protests against the Citizenship Amendment Act, kicked across India ever since the divisive bill was pitched by BJP last year. The intensity of protests and violence has escalated since December last year.

Indian Twitter brimmed with numerous videos and images of Hindutva miscreants vandalizing the properties of Muslims in several areas of Delhi.

Several videos showed RSS Hindutva fanatics stomping the streets of Muslim majority residential areas with metal rods in hands, destroying the mosques, and raising the RSS flag from the minarets of the mosques.

Renaming CSS as CSP is all the govt has done to...

#ImranKhanCancelExam: Maryam Nawaz calls for the cancellation of CAIE

Renaming CSS as CSP is all the govt has done to reform it?

Wahi Pandhi Case: Girl’s Body shows No Signs of Being Stoned or Falling off a Mountain

UNSC must uphold peace and security in Kashmir: Amnesty International