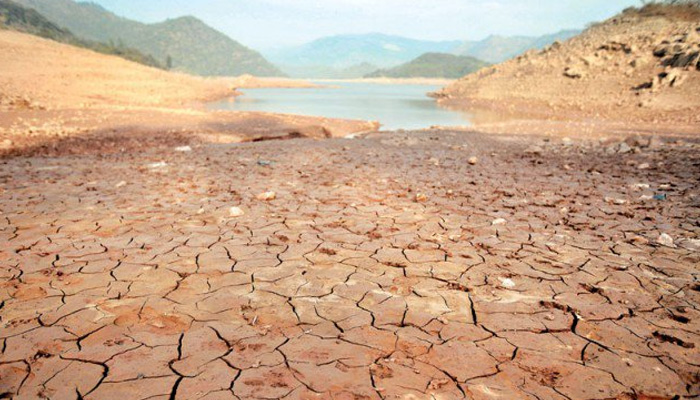 Pakistan has been facing a magnitude of problems since its inception. There is an immediate need to work towards those problems in various sectors. Pakistan has a very fragile condition; it lacks a proper plan for its political, economical, foreign, health and environmental fronts, except the defense and strategic. The culture of proper policy making does not find anywhere else. Nations progress to pursue their priorities and policy planning.

There are hundreds of thousands of articles being written on the political and economical conditions today. We will take a look at the feeble environmental condition which required a comprehensive policy making. We have just neglected the grim environmental changes that have occurred in the recent past. Rivers and dams are running short of water..

Pakistan could face severe drought by 2025, this estimation is not new, the Pakistan council of research in water resources (PCRWR) and metrology department have warned several times before. Rainfall has steadily declined due to climate change therefore the groundwater level is decreasing gradually. If groundwater depletion continues at its current rate, the country is surely headed for widespread water poverty in next few years.

People should also manage the consumption of water in their individual capacity. This is a major task all of us need to accomplish together responsibly so as to avoid water-related problems. Government should focus on “greener” policies to improve the situation of water and climate change.

The rapidly excelling population and urbanization are key players behind this snag. Karachi and Lahore have been facing water shortage since the last two decades, and the residents are being exploited by the tanker mafia. Islamabad, recently, has been thrown in the ring against the water tank mafia as well. The two dams, “Rawal and Simly”, have scarce levels of water due to which ground water in Islamabad is also diminishing and the residents suffering.

It seems the government lacks a proper policy to accommodate people with water. Due to the lack of political will, Pakistan has not made new dams since 1960s and this is also a violation of Indus water treaty. The treaty was signed in 1960s is about the possession of water of the western and eastern rivers between Pakistan and India. The conflict emerged when India built the Kishenganga and Ratle hydro-electric power plants within the framework of Indus Water Treaty.

However, the dispute is yet to be resolved through arbitration of the World Bank, which is a signatory to the water sharing treaty between the two adversaries. Water crisis is not just confined to Pakistan; it is becoming a global issue. According to report published annually by the International Institute of Strategic Studies in London, The next big wars might be fought over water; clashes are still or could soon occur over access to water. The UN World Water Develop¬ment Report 2018 calculated that an estimate of 3.6 billion people, nearly half of the global population, live in areas where water levels are decreasing.

And this number could rise to 5.7 billion by 2050. The countries currently facing with extreme water scarcity are Yemen, Libya, Jordan, Djibouti, Cape Town and some other African countries. According to ISRA (Indus river system authority), due to the less capacity of water storage, Pakistan wastes 30 million acre-feet water worth $21bn annually in the sea. Storage capacity of this country is just 15.75 million acre feet, which is equivalent to 30 days of consumption. Glaciers are also affected by the climate change, dams are necessary to be built to conserve the amount of water that goes to sea.

It lacks a proper plan for its political, economical, foreign, health and environmental fronts, except the defense and strategic. The culture of proper policy making does not find anywhere else. Nations progress to pursue their priorities and policy planning.

The current daunting condition can lead a severe drought and the impact could be worse for an agricultural country like Pakistan. It is in need of a large amount of water supply for agricultural production; approximately seventy percent of the world’s usable water is consumed in agriculture.

In Pakistan, particularly, small farmers use sewage water for cultivation of vegetables which is causing a number of diseases and deaths. Water contamination is also a serious problem, those areas which have easily availability have contaminated water. Due to rapid industrialization, drinking water quality is deteriorating day by day. According to a report the water of world’s leading brands of bottled mineral water are contaminated.

Government has nothing to do with this issue even the issue is not a part of any political party’s manifesto except Imran Khan, his promises regarding the cleaning of rivers and building dams yet to be fulfilled Any delay in reforms would thrive the severe challenges because water needs  are expected to rise significantly due to the rapid population growth, economic development and changing consumption patterns.

People should also manage the consumption of water in their individual capacity. This is a major task all of us need to accomplish together responsibly so as to avoid water-related problems. Government should focus on “greener” policies to improve the situation of water and climate change.

Raheel Hassan is an Islamabad based broadcast journalist, Freelance blogger and social activist. He has worked with national and international media and currently associated with a national news channel. He writes research-based articles on politics, regional affairs, environmental changes and human right issues.