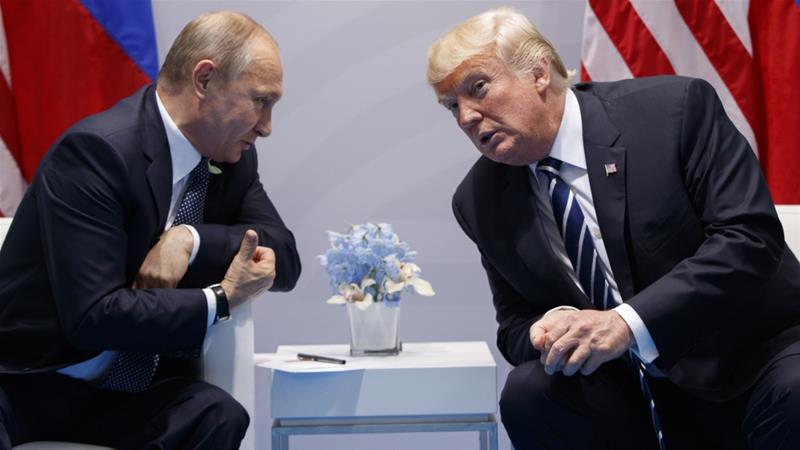 Russian President Vladimir Putin and his US counterpart Donald Trump will meet in Finland on Monday for their first one-on-one summit.

He cited as examples the possible re-opening of the US consulate in Saint Petersburg and the Russian one in San Francisco.

With relations between their two countries at lows not seen since the Cold War, the pair will have their work cut out to bring anything positive out of the meeting. What are Moscow and Washington actually hoping to get from the talks?

The view from Moscow

The fact that the meeting is happening at all is already a win for the Kremlin, which has long sought a summit but has been pushed back by Washington, analyst Andrei Baklitsky said.

The conflicts in Syria and Ukraine, as well as alleged meddling in the US election and Western sanctions, are bones of contention between the countries. Baklitsky said he expected few “groundbreaking decisions” from the summit.

A joint declaration was as much as anyone could hope for, he added. Political analyst Alexei Malashenko suggested that for Putin, the meeting was “an informal recognition of Russia as a great power”.

Putin might try to convince Trump to take a “more flexible” position on war-ravaged Syria in the hope that Washington would be less active in the country, Malashenko said. Any compromise on that region would be seen as a victory for Moscow, he added.

The US will want to convince Moscow that Iranian forces should leave Syria, but Putin is “probably not ready” to jeopardize relations with Tehran over the issue, he said. In any case, the topic is easier for the two leaders to discuss than the ongoing conflict in the east of ex-Soviet Ukraine, which is a much more sensitive issue for Russia.

In terms of election meddling, Baklitsky said Russia would deny — as it long has — interfering in the 2016 US presidential vote that brought Trump to power.  But Moscow might be willing to issue a joint statement pledging not to carry out any such activity in the future.

The view from Washington

US analysts suggested the value for Trump was in putting himself at the center of US foreign policy.

The conflicts in Syria and Ukraine, as well as alleged meddling in the US election and Western sanctions, are bones of contention between the countries.

“He wants to be perceived as the one who makes these decisions, that he makes them unilaterally, that he is the crucial dealmaker,” said William Pomeranz, deputy director of the Wilson Center’s Kennan Institute.

“It’s the perception that is the most important for Trump rather than what he actually receives,” he told AFP.

Read more: Is Trump the most amicable US President Putin will ever see?

Pomeranz anticipated a joint statement coming out of the meeting.  Alina Polyakova, a foreign policy fellow at the Brookings Institution in Washington, agreed that Trump would use the summit as an opportunity to boost his domestic standing.

“What will Trump be able to sell as a win with Russia? Basically that ‘Obama has screwed up this relationship and I’ve made it right’,” she said. “‘Russia is not a threat to us because I’ve personally made this connection with Putin and we see eye-to-eye.'”

But William Courtney, an adjunct senior fellow at the non-partisan Rand Corporation in Washington, said Trump might try to secure some minor deliverable agreements. He cited as examples the possible re-opening of the US consulate in Saint Petersburg and the Russian one in San Francisco.

It was less likely that Trump might try to strike some sort of grand bargain with Russia, such as recognition of Russian-annexed Crimea in return for Moscow using its influence to get Iranian militias out of Syria, Courtney said.

Olga Oliker, senior adviser and director of the Russia and Eurasia Program at the Center for Strategic and International Studies, said there were three mutually beneficial topics the two leaders could discuss.

These would be the extension of the new START arms reduction treaty, the protection of the Intermediate-Range Nuclear Forces Treaty, and the establishment of better military-to-military communications on a range of topics.

Afghan peace would fall apart without Taliban reintegration into society