Which birthday is Dalai Lama celebrating, Who will succeed him?

Buddhist leader Dalai Lama is celebrating his enthronement as the spiritual leader of Tibet. He has held this position almost entirely in exile and as a target of constant vilification by the Chinese state 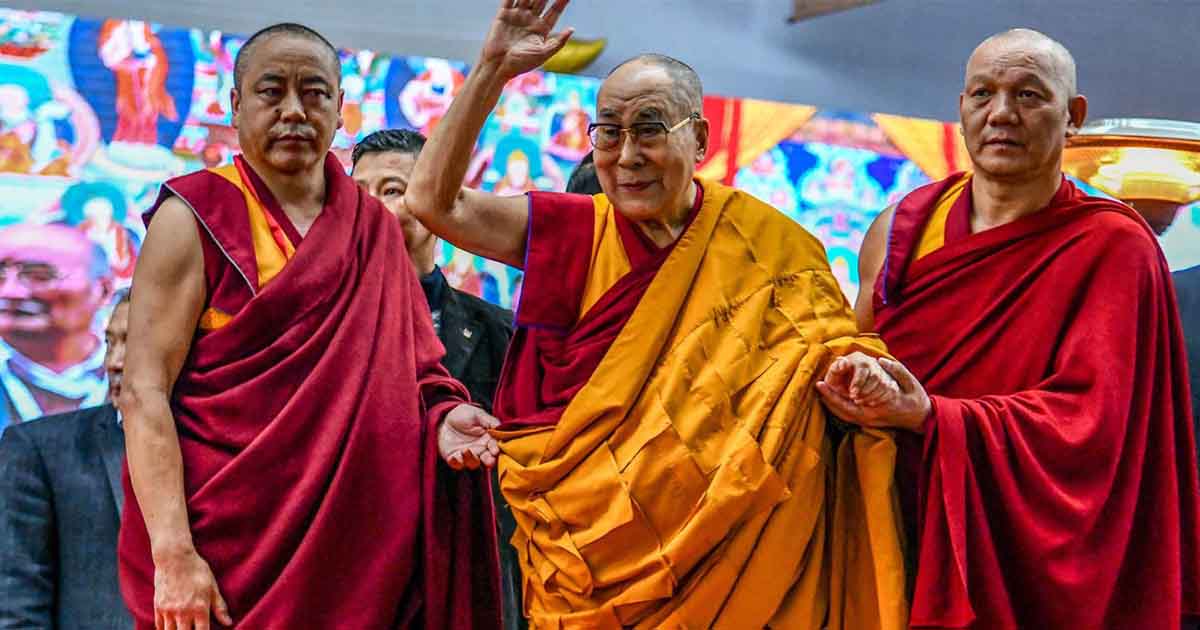 The Dalai Lama on Saturday marked the 80th anniversary of his enthronement as the spiritual leader of Tibet, a position held almost entirely in exile and as a target of constant vilification by the Chinese state.

Hundreds of miles from Lhasa’s imposing 1,000-room Potala Palace, the sandal-wearing monk now ministers to his fellow Tibetan exiles from Dharamsala in the foothills of the Indian Himalaya.

He remains the universally recognised face of the movement for Tibetan autonomy, but the global spotlight he enjoyed after winning the Nobel Peace Prize in 1989 has dimmed and the deluge of invitations to hobnob with world leaders and Hollywood stars has slowed.

"Be kind whenever possible. It is always possible." – Dalai Lama #quote #wisdom pic.twitter.com/lxc2O9Vcdp

Partly because the ageing leader has cut back on his punishing travel schedule, but also due to China’s growing economic and political clout. Beijing accuses the 84-year-old Dalai Lama of wanting to split China, and regularly refers to him as a “wolf in a monk’s robe”.

His office said there would be no commemoration of the anniversary and a teaching event scheduled for March that usually would attract devotees from across the world has been cancelled over coronavirus fears.

Born into a peasant family in the Tibetan village of Taksar on July 6, 1935, he was identified as the incarnation of Tibetan Buddhism’s supreme religious leader at the age of two after picking out objects that belonged to his predecessor.

He was given the name Jetsun Jamphel Ngawang Lobsang Yeshe Tenzin Gyatso Holy Lord, Gentle Glory, Compassionate Defender of the Faith and Ocean of Wisdom and two years later arrived in Lhasa where he was formally enthroned as the 14th Dalai Lama.

In 1950, aged 15, he was hastily enthroned as head of state after the Chinese army invaded Tibet. For the next nine years he tried to keep Tibetans out of harm’s way. But the effort failed in 1959 when China crushed a popular uprising. Fearing for his life, the young monk trekked through the Himalayas accompanied by a 37-strong entourage, and crossed into exile in India.

There he set up a government-in-exile and launched a campaign to reclaim Tibet that gradually evolved into an appeal for greater autonomy the so-called “middle way” approach.

Who will be  the Successor?

It is unclear how, or even whether, the current Dalai Lama’s successor will be named, but few religious leaders have had to give the matter as much thought.

The centuries-old practice requires senior monks to interview sometimes hundreds of young boys to see whether they recognise items that belonged to the Dalai Lama and pick one as a reincarnation.

But the 14th Dalai Lama announced in 2011 that he may be the last, seeking to preempt any attempt by China to name its own successor. Formal negotiations with Beijing broke down in 2010 after making no headway.

The following year the Dalai Lama announced he was retiring from politics, ending centuries of Tibetan tradition to make way for a new leader elected by exiled Tibetans around the world.

In his India exile he has been treated as an honoured guest an official policy stance that has been a source of tension with Beijing.