When inquired about the Kashmir Issue by a reporter in the Oval Office, President Trump revealed Indian Prime Minister Modi’s insistence to the American President to play an intermediary role in resolving the Kashmir Issue between India and Pakistan. A claim that was later denied by the Indian Ministry of External Affairs. 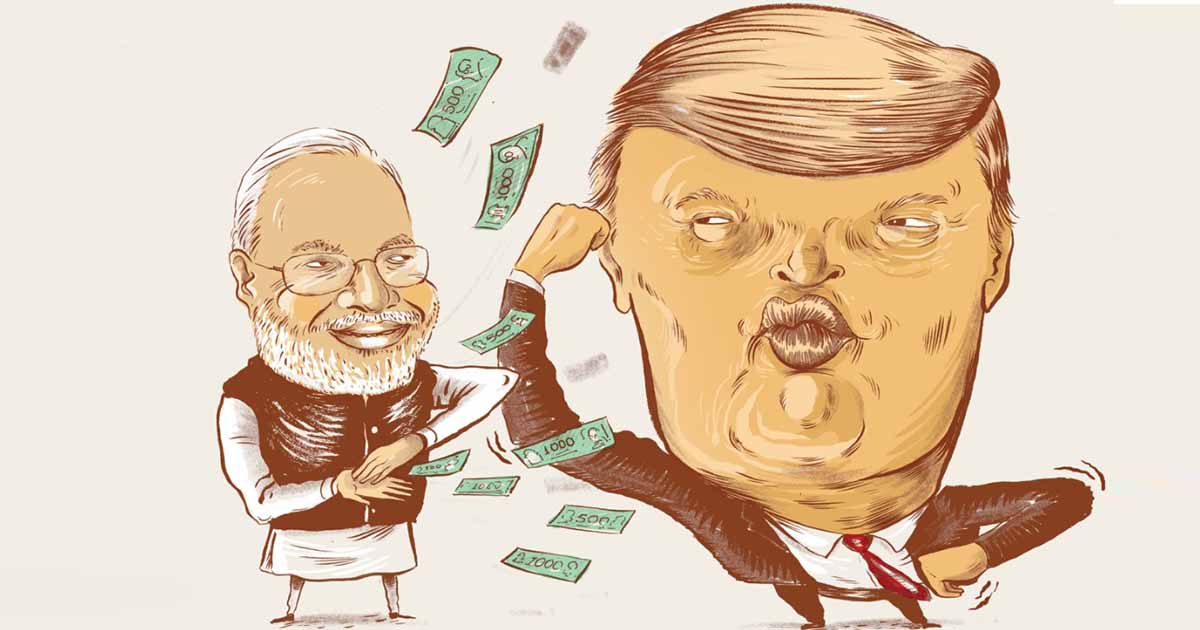 During a joint press conference with Pakistani PM Imran Khan on Monday, President Trump made a claim that was jarring to anyone who has ever closely followed the Kashmir issue. When asked by Khurram Shehzad of 92 News about the Kashmir issue, President Trump said that when he had met PM Modi, roughly two weeks ago at the G8 summit in Osaka, the freshly re-elected Prime Minister of India had asked him to play an intermediary role in resolving the Kashmir dispute between India and Pakistan.

PM Imran Khan affably responded that President Trump would have the prayers of more than a billion people if he was to play this role. However, within half an hour of this exchange, the Indian Ministry of External Affairs official spokesperson, Raveesh Kumar, issued an unequivocal denial of the request supposedly made by PM Modi.

The request for President Trump to mediate would have meant the biggest policy shift by either side on the Kashmir issue in living memory; after the Shimla agreement at the close of the disastrous 1971 war, India has always maintained that multilateral negotiations are no longer on the table and the issue must be resolved between the two neighbors alone.

There is much speculation about what exactly happened at the G8 summit in Osaka. It is highly unlikely that PM Modi extended this invitation to Donald Trump as a matter of official policy, or this debacle would not be taking place.

For a state with a consistently brutal human rights record in Kashmir to rule out intermediaries in a dispute of this nature against a country, not even a third of its size means that they can carry on their human rights violations with impunity. Although Pakistan has never agreed to that strict interpretation of the Shimla agreement and maintains that the United Nations and other powers can intervene, it has not mattered because India has never agreed to multilateral negotiations.

Is Govt of India going to call @realDonaldTrump a liar or has there been an undeclared shift in India’s position on third party involvement in #Kashmir?

Trump’s exact comment:
“I was with Prime Minister Modi two weeks ago (G8 summit at Osaka) and we talked about this subject.
He (Modi) actually said, if you would like to be a mediator or arbitrator.
I asked, where?
He said, Kashmir.”

When President Trump made this claim, it undoubtedly put some hope in the Pakistani establishment which has been trying to initiate some meaningful action on this intractable dispute since even before the military escalation in February this year. Additionally, it evidently put some hope in Omar Abdullah, former chief minister of the Indian occupied Kashmir, as he tweeted wondering aloud whether India had really made the policy shift or whether the Indian government would call President Trump a liar.

We have seen Omar Abdullah and Farooq Abdullah, along with Mehbooba Mufti and her political tribe, shift increasingly towards anti-India narratives in recent years as their disillusionment and desperation grows with the ascendance of Modi’s soft Hindutva. Renewed vigorously by Yasin Malik and other hardliner separatists have been met with a heavier hand by law enforcement and is stoking tensions in the embattled valley.

Read more: Will Trump be able to mediate on Kashmir?

Now would be the best time for Modi to make some sort of headway on the Kashmir issue, for everyone’s sake. Unfortunately, all these hopes were dashed when Raveesh Kumar denied President Trump’s claims completely and maintained the bilateral stance as per the “Shimla agreement and Lahore declaration.”

We have seen @POTUS's remarks to the press that he is ready to mediate, if requested by India & Pakistan, on Kashmir issue. No such request has been made by PM @narendramodi to US President. It has been India's consistent position…1/2

…that all outstanding issues with Pakistan are discussed only bilaterally. Any engagement with Pakistan would require an end to cross border terrorism. The Shimla Agreement & the Lahore Declaration provide the basis to resolve all issues between India & Pakistan bilaterally.2/2

The development had placed the Indian government on the horns of a fatal dilemma, gored whichever way they turned: either they accept agreeing to a multilateral solution in Kashmir in contradiction to decades of an advantageous policy, or risk calling President Trump a liar ahead of his visit in September. The Indians chose the latter, and now an interesting question arises. Who is the liar, Trump or Modi?

There is much speculation about what exactly happened at the G8 summit in Osaka. It is highly unlikely that PM Modi extended this invitation to Donald Trump as a matter of official policy, or this debacle would not be taking place. It also seems improbable that this entire exchange was concocted by President Trump, as that seems to give no benefit to him. It is more likely that Modi suggested this to Trump off-the-record, and the ever-impulsive Donald Trump has revealed this fact to the world.

The Balakot “strike”, which was more a piece of cheap political theater than a military operation, is the embodiment of this mindset.

Modi’s sycophantic tendencies have been an object of public debate before; there are times when he seems to have been unable to shake off his humble yoke and seems out of place in the corridors of power. It is very possible that he may have nonchalantly made these remarks to curry favor with President Trump, the “leader of the free world”, without acknowledging the policy implications of such comments. We have seen instances of Modi’s ingratiation to President Trump before, most recently and notably in cutting off crucial oil imports from Iran just because of a US Diktat.

In their personal interactions, one notes how Modi treats Trump in typical South Asian “Barra Bhai” (big brother) fashion. He has received considerable flack for this at home from Congress leaders and the likes of Asaduddin Owaisi, who have attacked Modi’s soft Hindutva with these developments by asserting that it still operates within an inferiority complex. Modi is no Nehru or Ghandi, and this instance shows it.

MEA and govt have a catch 22… Accept the PM asked for 3rd party mediation on Kashmir, or call out Trump as a liar… Just ahead of PM's US visit in September. https://t.co/kkIgZDFgTx

While it is true that President Trump is not reputed to be a very truthful personality, he is still the President of the United States. By virtue of holding the most powerful office in the world, not only will his words be taken seriously, but Pakistan’s image will still benefit from this entire spectacle and India’s will still be damaged by the sheer circulation of his words. The American establishment marked out India as the chosen regional hegemony years ago and has been pursuing that policy actively.

The sudden need for Pakistan arose solely due to the Afghan war settlement and is an aberration in their chosen policy, so they certainly would not risk losing India as an ally over it by making up such a powerful statement. While Pakistan is an important geostrategic ally to the US now and does hold some bargaining chips, it still does not have the leverage or diplomatic wherewithal to coax such a statement out of President Trump purposely. It is safe to say that this exchange certainly took place.

In response to the brazen diplomatic and military aggression by India in the past year, Pakistan’s repeated offerings of olive branches were a surprisingly mature démarche. However, efforts at normalizing relations were repeatedly flouted by an insecure Modi regime bent on needless jingoism and hollow threats, often exemplifying the trope of “small men in big offices.” The Balakot “strike”, which was more a piece of cheap political theater than a military operation, is the embodiment of this mindset. For the first time, Pakistan maintains a mature and approachable diplomatic face and an upper hand in this fifth-generation war. While the world bickers on about what really happened, the damage has been done, and the benefits have been accrued.

Geo-political implications of the China-India standoff at Ladakh

US fires Missiles at Syria in escalation of hostilities