Why advisers to the Prime Minister must be expert, sincere & intellectual

Advisers to the head of the government play a significant role in the dispensation of executive affairs. The author believes that PM Imran Khan's advisers must be well informed, genius and professionals so that they can analyze PM's actions and speeches before delivery. 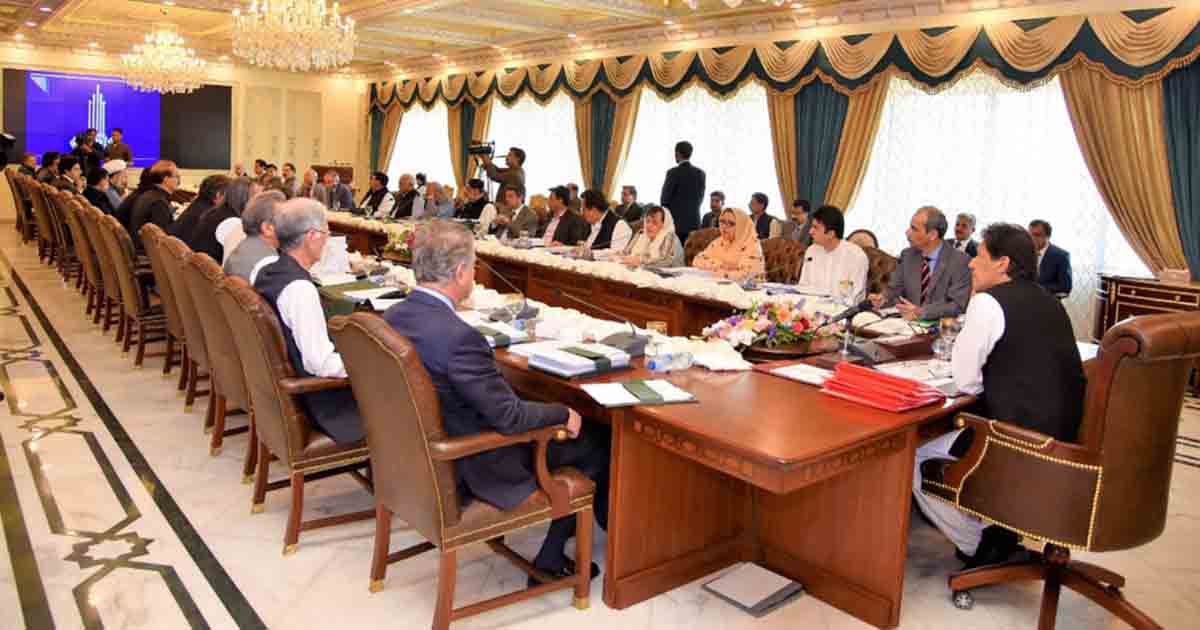 Entrusted by US President Lincoln in 1864 to fight the war against the Confederacy in the American Civil War General Ulysses S. Grant led the US armies to victory over in 1865. Almost all his core staff were civilians who were volunteers for the Army during the war. At the age 46, he was elected as the 18th President of the United States in 1869, the youngest in US history until that time.

Although highly scrupulous himself his administration was tainted with scandal. Considered by Grant as the most indispensable man he had around him, Grant’s longtime confidante, Gen Rawlins, who functioned as his Chief of Staff unfortunately died after only five months of service suffering from tuberculosis.

Thereafter Gen Grant’s misfortune was that many of his close advisers let him down badly. Appointed Secretary to the US President in Rawlins place, Orville Babcock became embroiled in corruption charges and was accused of manipulation of both cabinet departments and appointments. Out of loyalty to their shared battlefield experience Grant shielded Babcock from all political attacks.

Indicted as a member of the “Whiskey Ring” in 1875 he was protected by Grant providing a written deposition on his behalf resulting in Babcock’s acquittal. However many other scandals resulted in Babcock leaving the White House under pressure from Secretary of State Hamilton Fish who conceivably was one of Grant’s finest Cabinet officers.

Unfortunately President Grant’s choice of cabinet members, staff and advisers were notably mostly “hit and miss”. Scrupulously honest himself Gen Grant was not a good judge of character, he had a penchant for appointing the wrong people, and then being too loyal to those who proved dishonest and opportunistic. His administration’s scandals rocked both of his presidential terms.

Well-intentioned but shortsighted he listened now to one faction and then to another among the generals, cabinet members, state politicians and advisers. Historian Henry Waltmann argued that the Grant’s political naïveté undercut his effectiveness. Does he remind you of someone we know and love for his honesty and sincerity?

Closest advisers who are neither honest nor efficient usually have their own agenda. This includes power, some desire revenge, some hunger for control while others conspire to oust a leader they are either jealous of or deem unfit for duty. Many leaders met tragic ends at the hands of their advisers. With a naive and pious King Henry VI of England not interested in politics or state affairs, a small group of advisers who included his close relatives took full control of the country by declaring him unfit to rule.

A look at the history of advisers, good and bad, is quite fascinating. Some famous advisers who were successful in helping their leaders achieve their aims, viz (1) Chanakhya was a master strategist and a shrewd politician who helped Chandragupta of the Maurya dynasty run his empire.

His book “Arthashastra” is considered as the holy grail of Hindu politics and diplomacy (2) the Hindu adviser to Mughal Emperor Akbar, Birbal’s, wisdom was unparalleled, he was known for his wit and innovative solutions to many problems faced (3) As the Prime Minister to Wilhelm I of Prussia, and later the German Empire, Otto von Bismarck was instrumental in the unification of various German principalities into the German Empire and building its world-renowned bureaucracy and army.

Governing is a team work and while a politician may be quite educated and well-informed, he like most individuals lack detailed knowledge in specialized fields

(4) Yelü Chucai was a trusted adviser to Genghis Khan who once ruled most of the known world. Chucai convinced the Mongols to tax conquered cities instead of destroying them as per usual practice, arguing that the money and manpower gained from the cities could fund future conquests. A common feature to good advisers is their loyalty to their sovereign, instead of being “prima donnas” their approach is ususally low-key and behind the scenes.

However some of these rascals become indispensable to their leader if not the country. Asif Zardari’s principal adviser on most matters, Salman Faruqui, was an out and out crook, however having deep knowledge of running of the affairs of the State and the senior DMG bureaucrats he was indispensable for Zardari.

With his knowledge of which bureaucrat was honest and who was not, guess which bureaucrats went to the lucrative Ministries where money could be made? On the other hand he also had “horses for courses”, putting to work a bunch of excellent individuals in key slots to provide good governance.

Read more: The return of colonial bureaucracy: Democracy must be given more power rather than bureaucracy

Corruption cannot go keep on co-existing with good governance, in the end the Zardari govt failed. While Nawaz Sharif used the same formula, Shahbaz Sharif perfected it in the Punjab. In the end both came to political grief because of massive and unbridled corruption in which their bureaucratic lackeys were full participants.

One of the central problems of Imran Khan’s government is the quality and commitment of his range of advisers, not only for day-to-day politics but for both aside short and long-term decision-making process. The PM has been more than once given the perception of making off-the-cuff decisions in his pronouncements in his speeches and interviews. Even good advisers do not matter until there is a due process for diligence and analysis to not only sort out facts from fiction but separate emotions from reality.

Some of his advisers, political and otherwise, are certainly dyed-in-the-wool professionals, however some in his inner circle are lightweights. No head of any government in the world can rule only according to his/her own knowledge and experience. Governing is a team work and while a politician may be quite educated and well-informed, he like most individuals lack detailed knowledge in specialized fields.

Individuals and/or groups can expert major influences without being the actual leaders but if they look towards their personal interests, and not of their leader, they can cause havoc

Even more than specialized knowledge and a good gut feeling the main basis for efficient cooperation between politician and adviser is sincerity of intentions and honesty of both coupled with their trust in each other. Such a relationship has to grow and be nurtured.

Such a mentor or guide is typically part and parcel of the leadership inner circle, having specific skills and knowledge and the ability to impart sound and sane advice. With specialisation and innovation advisers are now an integral part of businesses, financial institutions, educational institutions, legal firms, insurance houses, govts, etc. They are also part of the decision-making processes of various Ministries.

For the Prime Minister (PM), the President or whoever at that hierarchical ruling level needs to make sound decisions, information must be synthesized rapidly and a comprehensive understanding and analysis thereof developed the leader must therefore have a set of options to act upon.

One idea may be to have an informal “National Security Council” (NSC) on the US pattern but tailored for Pakistan with no executive powers. He has chosen Moeed Yusuf for the role, he is good but his abilities have been overwhelmed by the demands on his time.

Chosen with the great care and diligence, this brain trust’s driving motivation must be the country’s interest first and foremost, and thereafter the interest of their leader, and in that order. An adviser having even an iota of personal motivation or his own interest will bring about disastrous consequences for those governing in any capacity.

Advisors of exceptional stature and competence cannot be found through tenders, they have to be companions in the political fight. Big egos are usually rather a hindrance than an asset in the search for good advisers. And while the search might take some time it makes sense to communicate within the inner circle openly and completely without personal gain in mind.

Leader of consequence need an adviser or advisers to take sane council from, particularly in times of distress. Individuals and/or groups can expert major influences without being the actual leaders but if they look towards their personal interests, and not of their leader, they can cause havoc. Benefitting not only from thoroughly vetted and stress-tested honest and objective perspectives, a leader can than make good decisions, for the country and for himself.

News Desk - 29 May 2021
Israel's DG of Foreign Ministry calls out Pakistan on Twitter, saying it needs to stop targetting Israel for the events in Gaza.

6 documentaries CSS aspirants can not survive without watching

The vultures feeding over Lodhran!

Is our youth in danger due to technological advancements?

Pakistan’s disconnect between industry and research