Why are Nawaz Sharif & Maryam Nawaz silent on Musharraf’s sentence?

Nawaz Sharif, Maryam Nawaz, and Shehbaz Sharif are reluctant to comment on the verdict of a case they filed six years ago. What are the possible reasons behind such deafening silence? 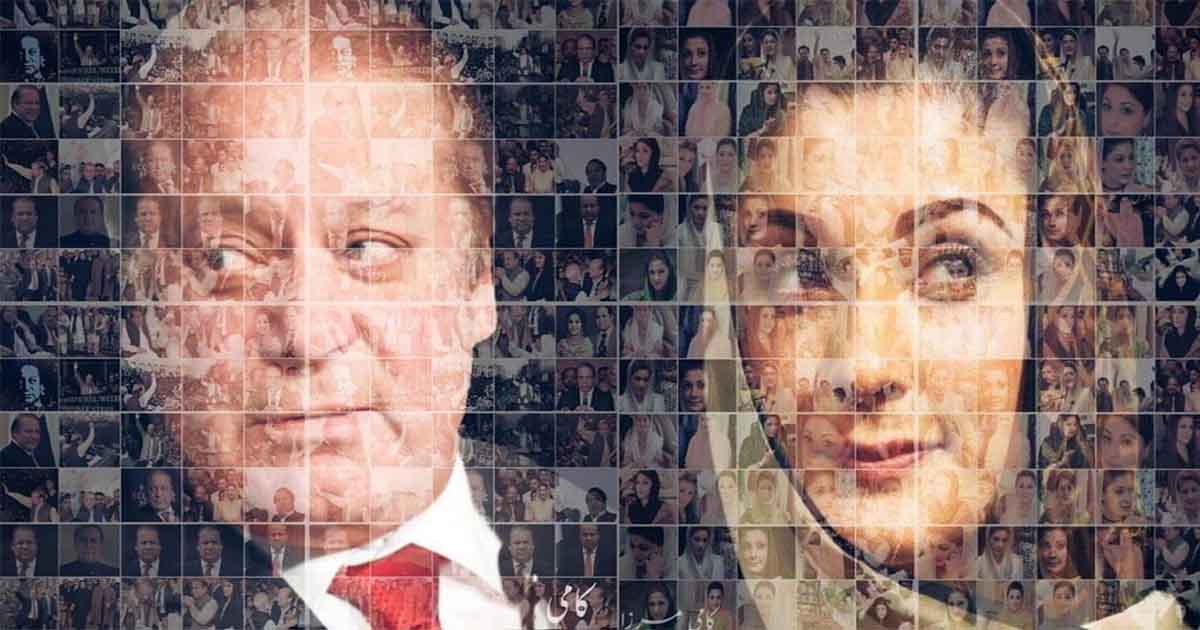 Analysts and opinion makers are mulling over the possible reasons behind ‘complete silence’ of the PML-N’s leadership on an issue that has the potential to boost their pro-democracy narrative. Shehbaz Sharif, President of PML-N, refused to comment on the case when reporters asked him “how do you see this decision?”

Shehbaz Sharif went along with his brother to London after an apparent ‘understanding’ between the establishment and PML-N. Sources confirmed to GVS that the silence of Maryam Nawaz who was otherwise appeared to be a strong critic of the establishment in the past few months is the result of a deal.

Similarly, the former premier was asked to comment on the court verdict when he was returning from the London hospital after a check-up. The ailing PML-N leader, however, remained silent at the query and left for his residence.

Later talking to media, the son of the former Prime Minister Hussain Nawaz said they have informed Nawaz Sharif of the court decision. “The decision came when we were at the hospital,” he said adding that Nawaz after listening to it said that he had left all matters on the will of the Allah.

Saleem Safi, a prominent journalist, tweeted asked that someone should ask Shehbaz Sharif to inform Nawaz Sharif and Maryam Nawaz that the case they filed against the former military dictator has been decided by the court.

Nawaz left for London after getting a ‘deal’

It is important to note that the federal cabinet granted in-principle “conditional” approval to remove Nawaz’s name from the ECL. The government has asked the Sharif Family to pay Rs.7 billion as surety bonds — equivalent to the fines imposed on him by an accountability court in two corruption cases Al-Azizia Steel Mills and Avenfield properties — in which he was convicted.

Read More: Pervez Musharraf cries of ‘Personal Vendetta’ at work in his case

However, the Lahore High Court on Saturday (usually an off day) allowed former premier Nawaz Sharif to travel abroad for four weeks for medical treatment, saying the duration could be extended based on medical reports. A two-judge bench, comprising Justice Ali Baqar Najafi and Justice Sardar Ahmad Naeem, delivered the verdict close to 6 pm.

A special court — that was formed to hear the case against the former military dictator — indicted Gen Musharraf for high treason in March 2014. The prosecution laid its evidence by September the same year.

Musharraf was repeatedly asked by former CJP Saqib Nisar to come to Pakistan and defend his actions. Musharraf demanded an assurance that he will not be arrested, the CJP accepted the request and said “let Musharraf return to Pakistan, no one will arrest him,” on October 11, 2018.

Read More: Was Pervez Musharraf given the right of self-defense?

Former CJP Asif Saeed Khosa on March 7, 2019, said that the statement of former president Pervez Musharraf — who is facing a treason case — can be recorded through a video link under Section 342 of the Code of Criminal Procedure if the retired army chief refuses to return to Pakistan. Musharraf did not agree.

The Pakistan Army said on Tuesday that the “due legal process” was not followed in the high treason case against its former chief Pervez Musharraf.  In a statement, the military’s media wing said that the army received the decision of the special court handing Musharraf a death sentence under Article 6 of the Constitution “with a lot of pain and anguish”. “An ex-Army Chief, Chairman Joint Chief of Staff Committee and President of Pakistan, who has served the country for over 40 years, fought wars for the defense of the country can surely never be a traitor,” the ISPR statement said.

It is yet to be seen how does the PML-N justify its constant silence over a case they have won after almost six years.

Why SC did not disqualify PM Imran Khan?