Why de-escalation with India is in China’s interest?

After humiliating India in Galwan Valley, it was expected China would pounce India further. Surprisingly, China itself is quiet and trying to de-escalate the situation. What are the perceived weaknesses that have led China towards this path? 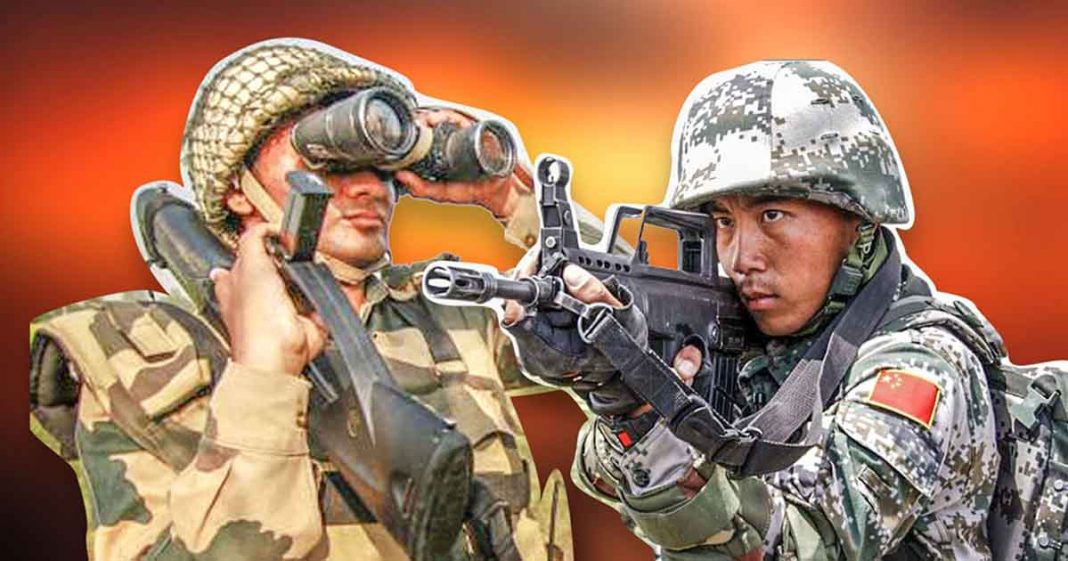 The year 2020 finally brought an end to the cold-stored rivalry between India and China. The years of brewing tensions had made it inevitable for both nuclear-armed neighbours to cross paths once again.

The two rivals reached their flash point on June 15th when a fistfight took the lives of 20 Indian soldiers in the Galwan Valley of Ladakh region. China and India have had their disputes in the Ladakh and Tibetan Plateau region and it was for the first time since 1962 that the blood was drawn among the two rivals.

The Indo-Sino war of 1962 resulted in a humiliating defeat for India as China took 15000 square kilometres of Indian claimed land of Aksai Chin. Galwan Valley remains a strategic point for both the countries as it remains the pathway for India to the disputed region of Kashmir.

China is eager to not allow any sort of advantage to India who has ambitious designs in Kashmir after the revocation of Article 370 in August of 2019. China remains cautious of Indian ambitions of altering borders of the long-disputed region of Kashmir.

Already, an ongoing dispute between India-Pakistan on Kashmir has made South Asia a highly volatile part of the world and with renewed Sino-India rivalry it further has added to this volatility.

Read more: Why India needs China to stop itself from imploding

The major cause of this renewed conflict remains India’s decision, to ramp up infrastructure in the region, which seems to have infuriated China. Road infrastructure would allow Indian military easy access into the region in case of a conflict.

If #India wants to take advantage of US support in border dispute with #China, it is terribly mistaken, as the Chinese PLA is fully prepared & capable of defending on multiple fronts including China-India border, South China Sea and Taiwan Straits:analysts.https://t.co/CFm8g4ceqg pic.twitter.com/nTBJ22jgQM— Global Times (@globaltimesnews) June 28, 2020

Moreover, China has already developed a road network in the area that connects China’s nearby provinces with the region. The terrain remains a challenge for both parties as it is surrounded by Himalayan mountain range making it the highest battleground. The geographical significance makes this region vital for China to take complete control of it.

India has stretched itself too thin

India’s new aggressive foreign policy has backfired so far. India has gathered itself rivals instead of friends in the region. Active engagement with Pakistan and China would give Indian forces a disadvantage as high altitude warfare from two sides would consume a lot of resources.

India has exposed its military weakness to the world when it lost two planes to Pakistan’s Air force to a brief clash in 2019. It was already recovering from that humiliation when it lost its troops to Chinese in the Galwan Valley. Prime Minister Modi’s internal and external policies have failed as India has now earned a rival on its north which it can not match both economically and militarily.

Why Pakistan and the US should follow the situation carefully

Pakistan is eager to cash on to this opportunity in the shape of the awakening Sino-India rivalry. If Islamabad plays its cards right it can transform its defensive approach to an offensive one. China-Pakistan partnership can see a complete evolution in terms of military relations as close engagement with a common foe has become a possibility. Land connectivity allows both friendly states to exploit the possible weaknesses of overstretched Indian forces.

It would not be wrong to say that Kashmir is becoming a new battleground for world powers. The involvement of China has already indicated an active involvement of the US in the region in the forcible future.

The US was looking to halt Chinese progress from multiple fronts which led to the engagement of trade war between US-China and the naval presence of the US in the South China sea. The US-India partnership was already on its full swing, with this border dispute, China is going to entangle itself to another front which is not a good sign for emerging world power.

In a nutshell, 2020 has brought a possible disorder to the international system. Powers and rivalries are changing hands and have brought history to a new course. China is playing a leading role to shift the power balance to the East.

South Asia once again has seen unnecessary warmongering in by India. China, which is working on its Belt and Road Initiative with several countries in the region, would not want to create insecurity by any conflict. It has avoided the “Thucydides Trap” for a long time but due to active pressure from US’s strategic partner in its own backward, China is willing to push for a shove.

Zahid Hussain Jamro is a student of International Relations pursuing his under graduation from National University of Modern Languages. The views expressed in this article are the author’s own and do not necessarily reflect the editorial policy of Global Village Space.

Prime Minister all set for trip to Beijing: CPEC is flagship project of OBOR

Friendless Modi screaming into a void after humbling by China

In a divided UN, China blazes quiet path to power