Why does Establishment Support Imran Khan but not us? Shehbaz Sharif Vexed

Shehbaz Sharif has expressed his surprise at the full support of the establishment towards the Imran Khan-led government, lamenting that the PML-N governments did not enjoy such support. He urged his party workers and leaders to put on a “big show” in Islamabad on the Azadi March. 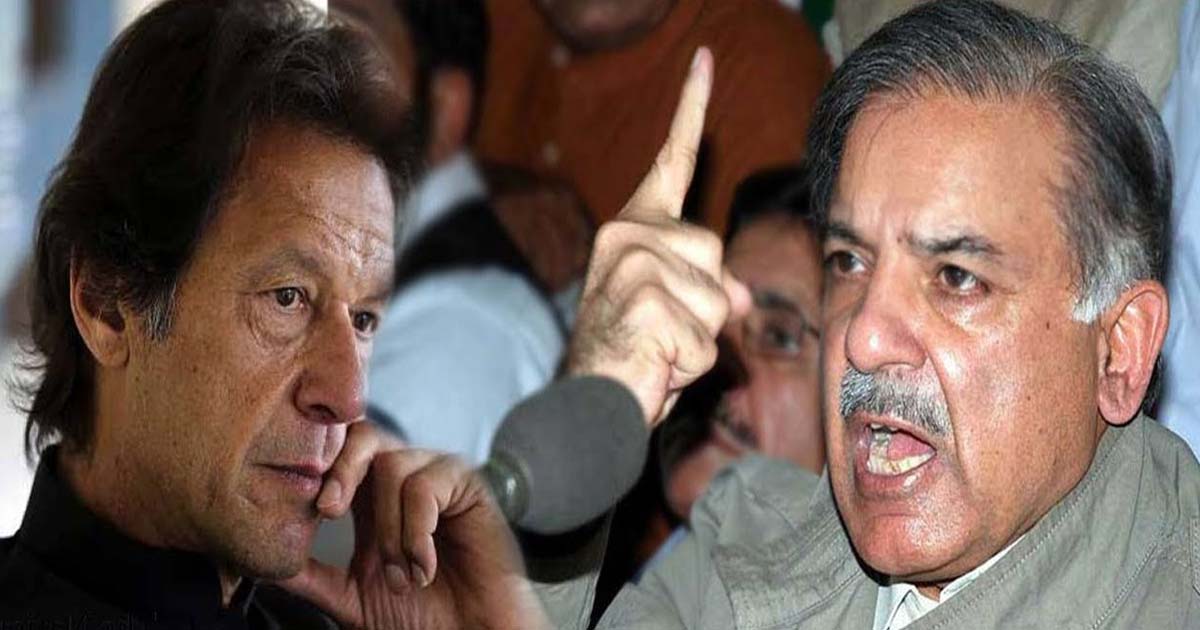 Voicing his concerns related to the establishment in an unusual instance, the Leader of the Opposition in the National Assembly said, “Even though it enjoys 100% support from the institutions, the incompetent government led by Imran Khan has failed to deliver.”

“We did not even enjoy 10% support from the institutions. I am surprised to see how much support the Imran Khan-led government has been given by the institutions, as it stands unparalleled in the history of Pakistan.”

Woes with the Establishment

The PML-N President was addressing a gathering of PML-N leaders and lawmakers in Model Town to examine the preparations of the party involvement in the Azadi March, scheduled for October 31.

A six-member medical board, led by the Principal of Services Hospital Ayaz Mahmood, revealed a significant drop in his platelet counts

He said, “I am not afraid to say that if the PML-N governments under Nawaz Sharif had enjoyed even 10 or 15% support, or even just a ‘push’ from the institutions, Pakistan would have progressed impressively.”

Shehbaz Sharif said, “Imran Khan rose to power after rigging the 2018 elections. Imran Khan Niazi is conceited, and he lacks the vision to address the challenges faced by the nation. Ball tampering is his only skill, and this selfish man was never capable of respecting anyone.”

The PML-N President said that people are cursing the Imran Khan-led government for aggravating their miseries, and want the “looters” who ushered in progress to return.

Speaking to senior PML-N leaders and lawmakers from Punjab, the former Chief Minister Punjab said, “In order to combat the incompetence and conceitedness of Imran Khan, and the scourge of poverty and unemployment, you must reach Islamabad on October 31 to present Khan with our demands.”

The PML-N President urged his party workers to make arrangements to put a “big show” in Islamabad.

Meanwhile, Nawaz Sharif, who has been admitted to the Services Hospital on Monday, showed little sign of improvement. A six-member medical board, led by the Principal of Services Hospital Ayaz Mahmood, revealed a significant drop in his platelet counts. The board is still struggling to provide a diagnosis for the sudden deterioration in his health.

A member of the board told the media that Nawaz Sharif’s platelet counts dropped again on Wednesday, depleting to 7000 from 29,000, which prompted the doctors to prescribe “aggressive medication” alongside transfusion of platelets.

The board member said, “Since Tuesday, the patient has been transfused with seven mega units of the platelets, while the medical board remains perplexed over identifying the cause behind the sudden reductions. He added that on Wednesday evening, the board convened a meeting of the leading hematologists in Lahore to help in Nawaz’s case.

The PML-Q leadership, including Punjab Assembly Speaker Pervaiz Elahi and Shujaat Hussain, telephone Shehbaz Sharif and inquired after the health of the former Prime Minister

The board member observed that the incarcerated former Prime Minister was suffering from weakness due to the “instability” in his platelet count.

She said that he personally has no issues with Mr. Sharif going abroad for his treatment, however, she said that the PML-N Supremo has not expressed any such desire. Dr. Rashid also visited Nawaz Sharif and regaled him with the concerns of Prime Minister Imran Khan and Chief Minister Usman Buzdar with regards to his illness.

The PML-Q leadership, including Punjab Assembly Speaker Pervaiz Elahi and Shujaat Hussain, telephone Shehbaz Sharif and inquired after the health of the former Prime Minister.

Taking to Twitter, Special Assistant to the Prime Minister on Information, Dr. Firdous Ashiq Awan said that Prime Minister Imran Khan has ordered the authorities to ensure Nawaz Sharif is provided with the best healthcare facilities. She said, “The Premier is praying for his recovery and sends his best regards for him.”

Meanwhile, PML-N General Secretary Ahsan Iqbal said that Imran Khan Niazi is to be blamed for the deteriorating health of Nawaz Sharif. He said, “The hostility of the PTI-led government is reflected in its barbaric actions against Rana Sanaullah, Maryam Nawaz and Shahid Khaqan Abbasi.”

The rebirth: Muhammad Amir and his career