Why does PPP deny any assistance from center?

The mistrust between the PTI led government in center and the PPP led government in Sindh has brought massive governance deficit in the country. Ministers on both sides are trying to win political appreciation from their respective leaders. 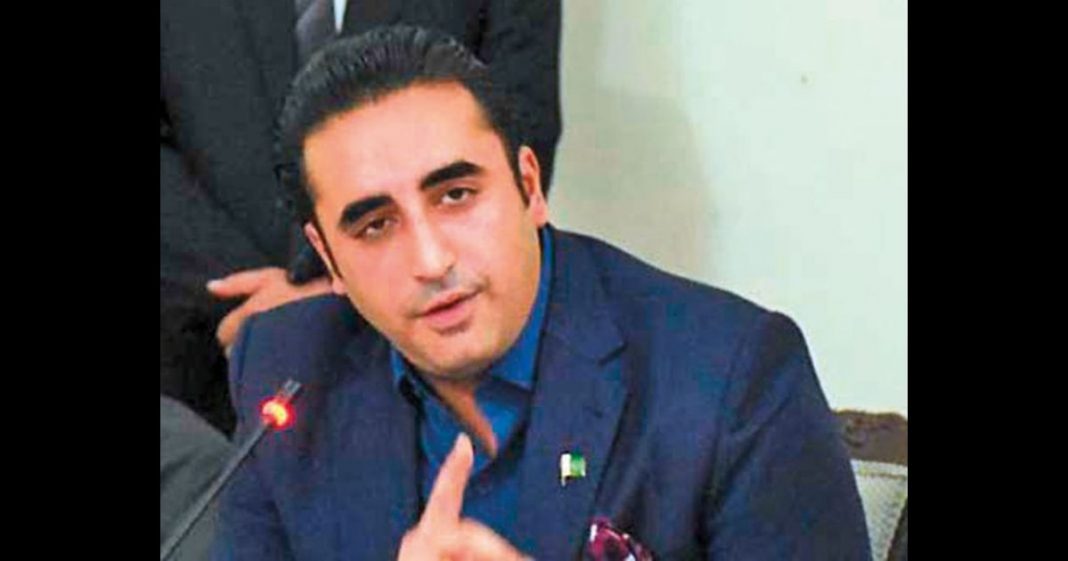 The massive political blame game is being inflicted upon each other regarding the lock down in the province.

PPP Chairman Bilawal Bhutto Zardari while talking to media on Friday, “Slammed the PTI-led government over ‘its failure to fulfill basic demands of the doctors fighting coronavirus on the frontline’ and demanded Prime Minister Imran Khan step down from his role. If he is unable to work as a premier”.

Bilawal, addressing a press conference, said: “Can you imagine Pakistan declaring war and sending its army without guns, bullets, and a uniform?”

The PPP chairman complained that the doctors were only demanding two things — protective gear and a reduced burden on hospitals so that they may carry out their jobs more effectively.

“The prime minister has failed to deliver. He mentioned daily wagers in all of his addresses, but sadly none of them has received a single dime yet,” he said.

It is our responsibility to provide for them as we would provide for our armed forces, he said, adding: “We are trying to provide for our doctors who are in contact with COVID-19 patients, I know that all provincial governments are playing their due role as well. But the Centre should also play its role in supporting the provinces in the war against coronavirus,” he noted.

“These are pressing times, but 74% of our labour force which comprises daily wagers are affected the most during these times,” he said. “In collaboration with the BISP, the Centre disbursed cash to the already registered beneficiaries but the daily wagers did not receive anything.”

The PPP chairman went on to say that the federal government had announced Rs.2 billion for daily wagers after which it was revised to Rs.70 billion, but none had received a single rupee. “During a national crisis, we cannot afford a delay [in such matters]. The Centre will have to take responsibility.”

He said 400 doctors have been diagnosed with the disease, while nine have died. “I pay my respects to them,” he said, adding: “We also pay our respects to the daily wagers who have lost their livelihood due to the lockdown. PM Imran should also pay respects to them and also show practical steps.”

The PPP chairman regretted that he had kept aside politics and announced that he considers PM Imran ‘the prime minister as well as the health minister’, but the response from the Centre was not the same.

“Every hour they criticise and attack my team; we never responded to their attacks,” he said, adding: “But now because they have targeted my province in every public appearance, I need to set the record straight.”

Bilawal said that all the provinces since the pandemic struck Pakistan, tried their best to build national unity, but the federal government sabotaged their efforts. “The Centre has let down every province of Pakistan. They have caused damage to every province due to their incompetence.”

Read more: Surging COVID-19 cases in Sindh, what next for Sindh govt?

The PPP chairman said the Centre let down the Balochistan government and its people at the Taftan border. “They did not fulfil their constitutional responsibilities by providing them with enough resources to facilitate and test the people present in the quarantine centres.”

However, responding the Bilawal’s presser, PTI’s Faisal Javed Khan said that Bilawal has been playing unnecessary politics in the pretext of coronavirus.

Bilawal further said, “The Punjab government was also let down during the Raiwind gathering, where the federal government should have notified the province about the necessary precautionary measures that they should have taken to curb the spread of the pandemic and to safeguard the people’s lives.”

Bilawal said that the federal government has let down the Sindh government ‘every single day’.

“The provincial government and the bureaucracy has worked day and night to save the lives of the people and have constantly endangered their families.”

The PPP chairman was referring to a question reportedly posed by Punjab Chief Minister Usman Buzdar at the end of a briefing given to him by medical experts.

Bilawal regretted that “Only that province is made a target which is working the hardest despite scarce resources.”

“Where no work is being done, where the people’s lives are put in danger, may it be Islamabad, South Punjab, FATA and GB, no one asks questions about them and neither are they supported.”

The claim of PPP chairman is that center has not given a penny for coronavirus to the province which has raised many questions for both, the PTI led government in center and on Sindh government.

There can be many reasons that the PTI government is reluctant to provide funds in cash to the Sindh government to avoid any discrepancy in funds.

Amna Tauhidi - 21 September 2021
According to Amna Tauhidi, Social media have become powerful tools for propaganda as the internet is unprecedentedly accessible for each individual, and interactive social networking sites provide a strong platform for debate and sharing opinions and has the power to cause unrest.