Qatar is emerging as a regional power after GCC countries imposed a unilateral blockade on it. But there are likely to be unmanageable implications on Qatar’s economy if there is a war in the Middle East. How can Qatar prevent any misadventure to ensure undisrupted economic growth? 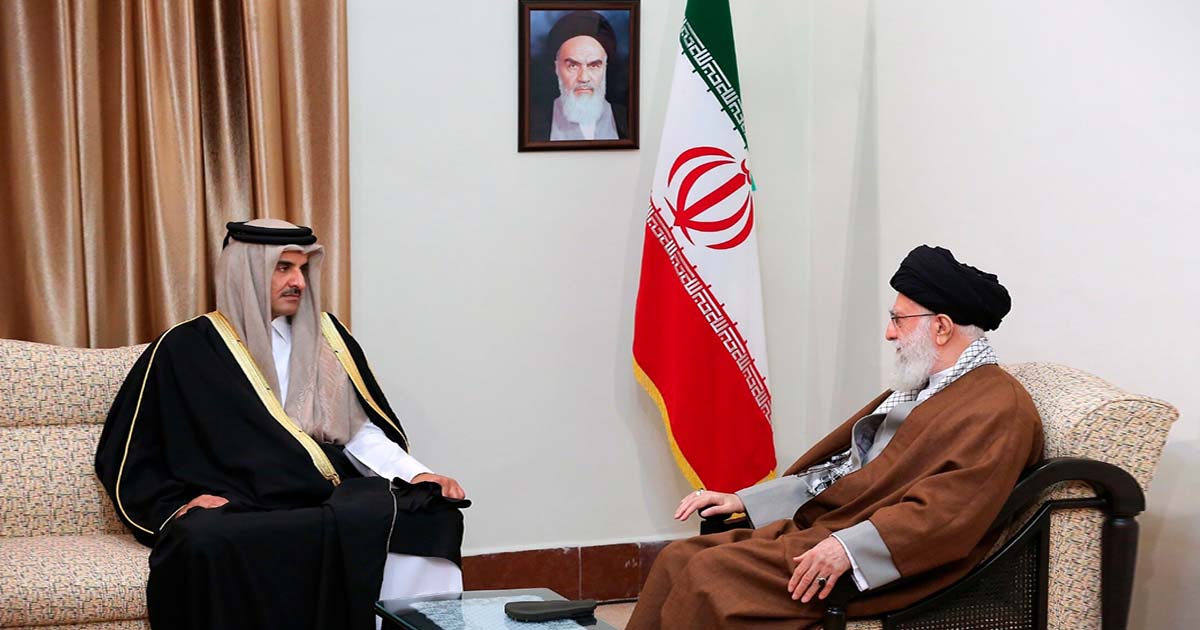 Qatar is playing an instrumental role to defuse tension between the United States of America (USA) and Iran. In the latest development, Qatar’s foreign minister met his Iraqi counterpart in Baghdad for talks on easing tension and respecting Iraq’s sovereignty after attacks by the US and Iran on Iraqi soil brought the region to a brink of war.

Sheikh Mohammed bin Abdulrahman bin Jassim Al Thani met Mohamed Ali Alhakim on Wednesday in Baghdad and was expected to meet the speaker of the parliament, the president and the prime minister later.

America assassinated Iran’s Qassem Soleimani, senior-most General who was thought imperative to the country’s Middle East society policy, in Iran in an airstrike. Donald Trump announced to have killed a dangerous man. Iran threatened the USA of dire consequences after the killing. “All enemies should know that the jihad of resistance will continue with doubled motivation and a definite victory awaits the fighters in the holy war,” Iranian Supreme Leader Ayatollah Ali Khamenei said in a statement carried by the TV. “Iran often refers to regional countries and forces opposed to Israel and the United States as a ‘resistance’ front,” he added.

Read more: Qatar going out of its way to support Syrian refugee children

Later on, Iran attacked American air bases in Iraq but ‘cautiously’ carried out the missile attack that no soldier or staff was harmed.

The situation turned from bad to worse when Ukraine International Airlines flight PS752 bound for Kyiv, Ukraine, crashed minutes after take-off from the Imam Khomeini International Airport in Tehran on Wednesday, killing all 176 people on board. Iran admitted that the armed forces mistakenly shot down a Ukrainian passenger plane, following prior denials.

The problem w/Iran isn’t new Mr. Trudeau. Are you, like the Maple Leaf CEO, saying that we should maintain status quo w/ Iran? Appeasement is this PM’s go-to.

The incident happened just hours after Iran launched missile attacks on US forces in Iraq in retaliation for the US assassination of top Iranian commander in Baghdad.

Why does Qatar want tensions to be defused?

Qatar enjoys good relations with America and Iran. It wants the situation to remain under control since any misadventure in the region by either state is likely to have direct consequences on Qatar.

It is important to note that after the assassination of Soleimani, the United States men’s soccer team has canceled its plan to train in Doha, Qatar, from 5-25 January “due to the developing situation in the region”. The US Soccer Federation announced the decision Friday.

Qatar remains one of the safest countries in the region and the world; with just under three years to go until the FIFA World Cup 2022 kicks off we will continue to welcome fans and teams to Qatar

Moreover, the Federation International Football Association (FIFA) has clarified that it has no security concerns over Qatar hosting the 2022 World Cup, despite heightened political tension and military action in the Middle East this month. There were speculations that the organization will continue to rely on the state of Qatar.

Notably, the British government has warned of “increased tensions in the region” following the death of Qasem Soleimani.

The world’s football governing body remains fully committed to the first World Cup to be staged in the Middle East. “There is no reason to be concerned at this stage,” a FIFA spokesperson told international media.

A spokesperson for the Supreme Committee said: “Qatar will host a number of leading football teams this month including Bayern Munich, Zenit St Petersburg, PSV Eindhoven, and Ajax. Qatar hosts winter training camps every year as teams travel to Doha to experience the world-class training facilities on offer and mild temperatures.

Furthermore, “this season’s winter training camp period comes after tens of thousands of fans from across the globe traveled to Doha last month for a safe and successful FIFA Club World Cup and Arabian Gulf Cup. Qatar remains one of the safest countries in the region and the world; with just under three years to go until the FIFA World Cup 2022 kicks off we will continue to welcome fans and teams to Qatar.”

Shahid Sattar - 9 April 2021
The writer talks about the revitalization of one of the most important institutions for policymaking in Pakistan, the Planning Commission. He talks about how the policies of the past have left the commission futile and he discusses the steps in which the revitalization could be brought about, and its results.

Trump to give Iran a thumbs up once again