Why is India not willing to hold talks with Pakistan? 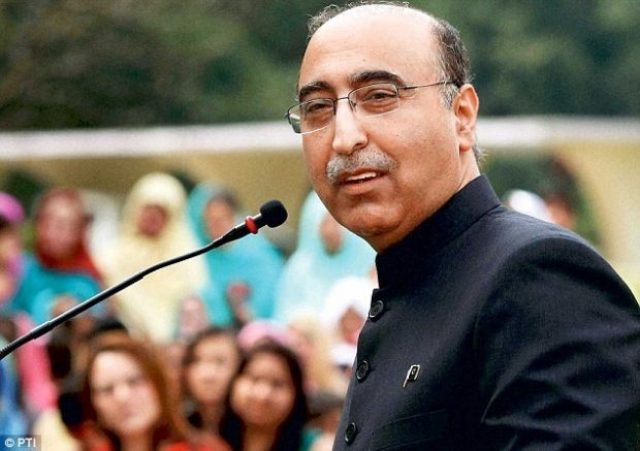 Prime Minister of Pakistan Mr. Imran Khan has once again vowed to hold talks with India, country’s immediate neighbor, and traditional rival, after the general elections in the neighboring country. PM Khan was speaking at the Future Investment Initiative (FII) conference in Riyadh when he expressed his desire to establish peace in the region.

“One thing Pakistan needs more than any other country right now is peace and security,” said the prime minister, adding Pakistan had suffered drastically because of terrorism and instability in the decade following September 11, 2001, terrorist attacks on the World Trade Center.

It is generally believed in Pakistan that PM Modi does not afford cooperation and peace with Pakistan if he is certain to maintain his extremist version of politics.

Mr. Khan also told the participants of the conference that “when I won the elections and came to power, the first thing I tried to do was extend a hand of peace to India. Unfortunately, and I think it is because of the Indian elections coming up, and because sadly anti-Pakistan rhetoric brings in votes, I’m afraid we got no response from Indian.

In fact, we got rebuffed by India,” he said, letting the world know of his good intentions of bringing peace and stability to the region by having a placid relationship with neighboring countries. He also maintained that “all the money that should be diverted to our human resources ends up being diverted into a non-productive arms race.”

On the eve of 21st September Minister of External Affairs (MEA) Spokesperson, Raveesh Kumar confirmed that the expected meeting had been called off. Indian official pointed fingers at Pakistan’s intentions and the role of PM Khan.

Indian is all set to hold the general election in the next year and PM Modi is making all his efforts to retain the office.

“It is obvious that behind Pakistan’s proposal for talks to make a fresh beginning, the evil agenda of Pakistan stands exposed and the true face of the new Prime Minister Imran Khan has been revealed to the world in his first few months in office,” he said. “Any conversation with Pakistan in such an environment would be meaningless.”

Later on, Pakistan’s Foreign Minister Mr. Shah termed the development as unfortunate and reaffirmed Pakistani narrative that the country was ready to take two steps had India taken one.

Analysts in Pakistan point out that PM Modi is not willing for talks mainly for his vested political interests. Indian is all set to hold the general election in the next year and PM Modi is making all his efforts to retain the office. He is known for his nationalist, extremist, and anti-Muslim policies across the world. He is now using anti-Pakistan narrative to maintain his political base which will help him win the general elections.

Moreover, there is also another perspective that since India is using force to suppress the voice of Kashmiris and trying to eliminate the freedom movement, it does not afford any friendly relation with Pakistan. According to details, the United Nation’s office of the High Commission for Human Rights (OHCHR) issued its first-ever report on the situation in Kashmir June 14.

The report highlights the protests after the killing of Burhan Wani in 2016 and the brutal use of pellet guns against protesters among the human rights violations in Indian-held Kashmir.

Read more: Indian high commissioner visits Imran Khan: Will this be the beginning…

It is generally believed in Pakistan that PM Modi does not afford cooperation and peace with Pakistan if he is certain to maintain his extremist version of politics. As Pakistani, the premier has pointed out that such behavior may be beneficial for the vested interests of individual leaders but this is something very dangerous for the whole region.

Agreement for Bringing Peace to Afghanistan