Pakistan's exports have not been able to grab a fair share in the global trade largely because of backwardness in the tech sector. Vietnam which is also manufacturing Samsung phones has increased its exports multifold in recent years while Pak recorded zero growth. The solution to Pakistan's economic worries - Current Account Deficit - lies in the development of technology. 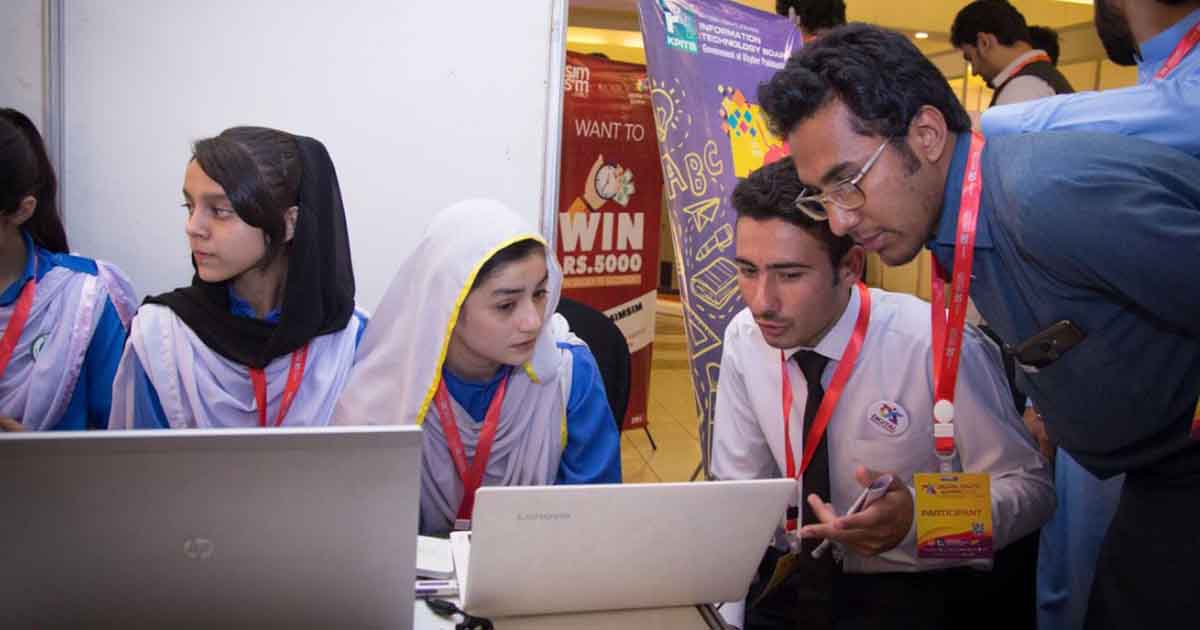 Cameron Munter the former ambassador of the United States of America ( 2010-2012 ) during his recent visit to Islamabad has highlighted the need for developing new technologies. Textiles alone cannot cover the trade deficit that the country faces. Remittances from expatriates cannot keep us afloat for long.

According to him, it is mind-boggling that despite a huge pool of educated and talented workforce both at home and abroad, the growth potential is massively underutilized. Several US business houses are operating in Pakistan who re benefitting from the innovative mindset of the local young professionals.

Technology continues to be the most misunderstood phenomena in the land of the pure. It is mostly by science with no understanding of product development, commercialization and market demands. It is not just Pakistan, most developing countries including the Ummah continue to lag due to lack of focus and understanding of technological development that leads to wealth generation.

Yesterday, together with AccLab Pakistan, we connected with @DigitalPak_GoP’s team to discuss & explore synergies to support their vision. pic.twitter.com/EIohdmPCI4

President Farooq Ahmed Khan Leghari as head of state took a keen interest in the development of technology. He constituted several committees for the development of this important resource. Regular meetings of experts were convened at the Presidency. In one of the sittings, it was proposed to deregulate the Telecom Sector of the country as the performance of PTCL was pathetic. Leghari Sahib, pursued this idea despite the opposition of the bureaucrats as he understood their mindset. Today this is one of the fastest-growing sectors in the country the credit for which belongs to the team and the President who was able to remove the obstacles.

Why technology is the way forward

Technology solves problems, makes life easier for mankind, while it generates wealth while science consumes if not linked and directed towards application. Within the domain of science, there is both basic and applied research. For developing countries with meager resources basic research is a luxury that they cannot afford. Product focussed applied research is the best option in such circumstances. Ambassador is right in our research, innovation must produce marketable products not just consume as has been the case.

Pakistan needs a Technology Road Map to take advantage of its know-how. With one of the highest number of Research Institutions, in Asia, the country seriously lags in generating wealth from this huge expenditure. There are around 200 such outfits at the federal and about the same at the provincial level. Meaningful output remains a pipe dream from these research organizations.

Read more: Focus: Technology Redefining the Internet Speed Wherever You are!

As a nation whenever we have challenged ourselves with product-driven research there have been successes. There is a list of several successful products like the Nuclear Device, Al-Khalid Tank, JF-17 Thunder Aircraft and several versions of missiles. Today the country has a flourishing Telecom and IT sectors. While software exports are increasing, the Telecom sectors continues to imports.

Models from the past

Ambassador Munter highlighted our growth in the decades of the sixties and eighties. The main reason behind this stellar performance was the exceptional framework developed by the two genuinely elected governments who worked in the best national interests. The first administration was led by Nawabzada Liaquat Ali Khan and comprised of political luminaries like Hussain Shaheed Suhrawardy, Qayyum Khan, Feroze Khan Noon, etc.

In the seventies, the Bhutto regime revamped the Nuclear Programme together with the establishment of the Defence Industrial Complex around Islamabad. Professionals were brought through the lateral entry to lead this crusade. Engineer Masood Hasan was appointed Secretary Defence Production Division who initiated these projects.

To achieve results executive authority is needed which has been a domain of the outdated bureaucrats. Most State-Owned Enterprise ( SOE ) have suffered because of bureaucratic control. With professional management, they can be turned around as was done in the case of Nationalized Banks.

South Korea studied and then implemented our framework developed in the fifties while the People’s Republic of China came in the eighties to learn from our professional approach painstaking put together in the seventies by genuinely elected governments in both cases. Both the countries are today ” Technology Giants ” and ‘Asian Tigers’ while our so-called fabricated ‘Lions’ have either escaped or in jail for cases of massive corruption. What genuine democracy built, dictatorship and their lackeys destroyed.

After taking over as Chairman Pakistan Science Foundation in 2002, I decided to visit Malaysia to understand their development model. Malaysian exports are above $ 200 billion while ours struggle around $ 20 billion. Both countries gained freedom a few years apart. In Malaysia, there is hardly any scientific research. Industries are based on licensed technologies, products are then exported all over the world to generate wealth. Exports also include Palm Oilseeds. Now that foreign reserves have been built the country has decided to pursue the revenue intensive science.

In Pakistan, an opposite approach was adopted. The plan was to conduct research leading to its application in the development of indigenous technologies. Due to a lack of appropriate linkages and marketing plans, this transition never took place. Scientific research is carried out in isolation while industries rely on imported technologies. The trade deficit has now become unmanageable. Import bill far exceeds export earnings resulting in debt. Instead of generating wealth revenue is consumed with no commercial output.

After the discovery of Sui Gas reserves in 1952, Pakistan had a huge energy advantage which has now been lost. Today the country is out of clean fuel. Coal is available in abundance which can be utilized with the application of 21st-century environment-friendly technologies like gasification and liquefaction.

Some sectors of technology like Electronics and Semiconductors have been grossly ignored. In the seventies, Pakistan took the lead by producing Silicon Wafers from its local sand to be used for Solar Cells. National Institute of Silicon Technology and National Institute of Electronics were expected to lead this effort but their research could not be commercialized. For over a decade I tried for the development of Microelectronics Technology to produce Silicon-based electronic devices but finally gave up as all the required links could not be established due to lack of clarity of the policymakers involved mostly non-technical bureaucrats.

China and Pakistan have signed a Memorandum of Understanding (MoU) to establish a Joint Working Group in Science & Technology and Agriculture. This brings the number of Joint Working Groups under the China-Pakistan Economic Corridor (CPEC) to ten #CPEC #Pakistan #EmergingPakistan pic.twitter.com/uOSg2CLuT1

Like President Farooq Leghari, Dr. Arif Alvi is also technology savvy and keenly interested in its development.  He can take the lead in developing a Technology Road Map as rightly pointed out by Ambassador Munter. Currently, the focus has been on Corona related research which can be used to produce commercial products using a proper framework. Technology is the most effective resource of our times, no nation can attain socio-economic development without the application of its indigenously developed technologies. It is time to put the pieces together in the best interests of the nation through a ‘Technological Revolution’ led by qualified Technologists.

Dr. Farid Malik is a prominent technical and management expert in mining, materials, engineering and high-tech industry; he is a regular columnist for The Nation and Pakistan Today. He is ex-Chairman, Pakistan Science Foundation. The views expressed in this article are the author’s own and do not necessarily reflect Global Village Space’s editorial policy.

The Price of US Global Dominance – Numerous Human Losses

The small-town Afghan girls sparked in robotic competition in USA

‘Feels terrible’: Iran a year after US sanctions reimposed