Why Shahbaz and Hamza lost an opportunity to head PML-N in future? 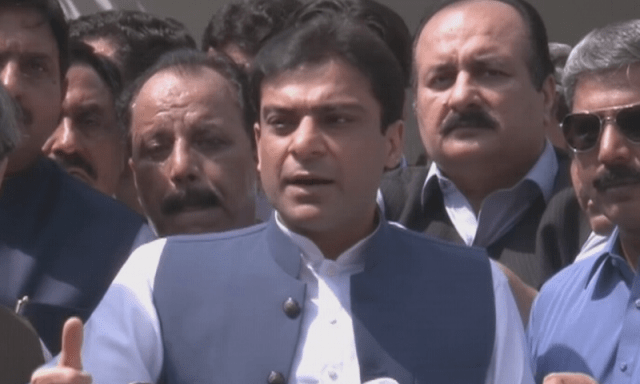 Pakistan Muslim League-Nawaz (PML-N) President and former Chief Minister Punjab, Shahbaz Sharif and his son Hamza Shahbaz have failed to ‘put the foot on the gas’ as was expected of the duo in the pre-election campaign.

After the sentencing/imprisonment of former Prime Minister Nawaz Sharif and Maryam Nawaz, the political heirs of the PML-N had to bear the burden of taking forward the party. There is no denying that, it’s a tall order, given the bondage which Nawaz shared with the party workers.

Though over the years, Shahbaz proved himself as a prolific administrator at least to the PML-workers, he failed to build inroads as a leader to replace his brother. Being a founder of the party, Nawaz remains a supreme leader of the party. Shahbaz has not been able to come out of the shadows of his elder brother.

Since Nawaz’s counsels were unable to suspend Nawaz’s sentence before July 25 elections. ‘House of Nawaz’ and its legal team blamed NAB for the situation. Sharif clan laments unseen forces for not letting him become part of the election campaign.

Though party like other political rivals is running a ‘full throttle’ TV –advertising campaign to reach out to workers, but Shehbaz has not been able to reach out to masses with Nawaz’s message/slogan of ‘give sanctity to vote’.

But Shahbaz being a ‘campaign head’ has shown no urgency in conducting the jalsas/public gatherings as extensively as his counterparts in other main rival parties. Hamza Shahbaz – who has been a leading politician in Punjab and practically controlled the politics of Pakistan’s most populous province, even, his absence from campaign trail makes things suspicious.

The reports of the rift within the ‘house of Sharif’ had made ripples across the country. The differences may have settled, given the acute challenges facing the families. But the times of adversities are yet to pass by and efforts of father and son don’t look too convincing. The numbers of public engagements and Sharif’s role don’t reflect a pretty picture for the family’s chances to continue its rule.

Read more: Can PML-N pull off an unlikely victory with Nawaz in Jail?

On the other hand, Imran Khan is tirelessly traveling across Pakistan and is making his presence felt.  PPP Bilawal Bhutto is also running a marathon and despite showing apprehension over the level playing field, has continued his jalsa’s in various districts of Punjab.

The decision of PML-N leadership to not conduct such marathon rallies across Punjab has put the question mark over the commitment of the family. Shahbaz may have visited few places but that killing extinct has been missing, thus far, with merely less than a week remaining in the general elections.

The political heirs of the PML-N had to bear the burden of taking forward the party. There is no denying that, it’s a tall order, given the bondage which Nawaz shared with the party workers.

Shehbaz may have been a party resident, But Nawaz is still the number-one figure and takes all the big decision regarding the party. Former CM Punjab must have felt the heat given the fact that his close lieutenant Chaudhary Nisar was purposely not given the chance to remain in the party, despite his countless efforts. Because Nawaz and people lose to him did not want this.

Since PML-N is facing far greater challenges with the desertion of key leaders, it should have been working even harder to reach out to voters. But, it doesn’t seem to be the case.

Read more: Maryam Nawaz to be transferred to Sihala rest house after mosquito…

Though party like other political rivals is running a ‘full throttle’ TV –advertising campaign to reach out to workers, but Shehbaz has not been able to reach out to masses with Nawaz’s message/slogan of ‘give sanctity to vote’.

Shehbaz was given a chance to show his leadership skills after Nawaz was sentenced to jail. He has apparently wasted a chance, and Nawaz, despite, being convicted for corruption charges has again emerged as a true supreme leader of the party.

After a tireless campaign of Maryam with her father and conviction on corruption charges, Maryam is destined to lead the party after her father. Hamza despite being in command of the party in Punjab, has also wasted a wonderful opportunity to demonstrate his abilities as next heir of the party.

Why Rangreza would be a blockbuster?