It is a zero-sum-game played on proxy battlefields that bodes ill for those unwillingly sucked into it. 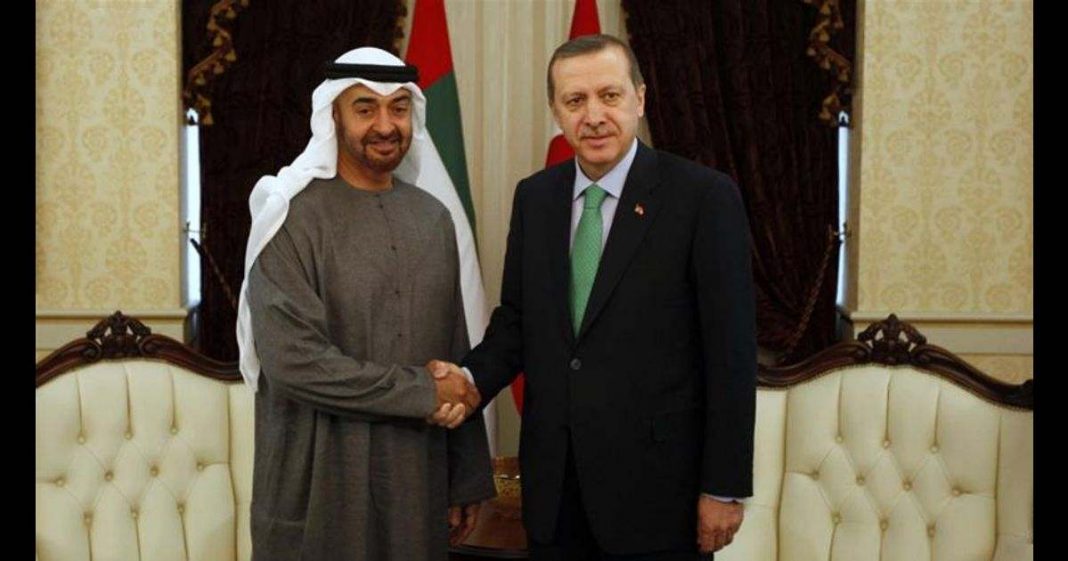 The United Arab Emirates and Turkey are locked into a regional power struggle that has fuelled conflict in Libya and could spark renewed fighting in Syria. It is precisely a UAE-Turkish rivalry, a struggle, like that between Saudi Arabia and Iran, that threatens to keep the Middle East and North Africa on edge.

The Saudi-Iranian dispute may dominate headlines but a similar rivalry between Turkey and the United Arab Emirates is equally wreaking havoc in the Middle East and North Africa.

While Saudi Arabia may in some ways have a leg up on Iran, Turkey and the UAE are at a virtual draw.

In Libya, forces of the Turkish-backed, Tripoli-based internationally recognized Government of National Accord (GNA) are pushing UAE-backed rebels led by renegade Field Marshall Khalifa Haftar out of western Libya. Mr Haftar further enjoys support from Saudi Arabia and Egypt with whom Turkey is also at odds.

In contrast to Libya, Turkey is discovering that in Syria the odds are stacked against it, even if its objectives in the country are more limited.

If in Libya, Turkish support for the GNA amounts to an effort to shape who controls the country as well as energy-rich waters in the Eastern Mediterranean; in Syria, Turkey is determined to prevent Syrian Kurdish nationalist forces from establishing a permanent and meaningful presence on its borders and control jihadist forces in Idlib, the last major Syrian rebel stronghold.

US abandonment of their alliance with the Kurds in the fight against the Islamic State pushed the Kurds towards cooperation with the regime of Syrian President Bashar al-Assad. The Kurds expect the cooperation to shield them from Turkish efforts to push them further out of border areas.

Turkey’s 🇹🇷 Libya operation has changed every map in the Mediterranean France,UAE ,Egypt and Russian who tried to appoint a warlord as a dictator in Libya has backfired,Turkey once again has shown who is the powerhouse in the region and who is here to stay🇹🇷 pic.twitter.com/U09sCoRhDK

At the same time Turkey, already home to 3.6 million Syrian refugees – the single largest concentration of Syrians fleeing their war-torn and dilapidated homeland — also wants to stymie a potential new influx of many more if and when Idlib falls to Russian-backed Syrian government forces.

The UAE-Turkish rivalry — rooted in a battle for dominance of global Muslim religious soft power; geopolitical competition across the Muslim world, including the Middle East and the Horn of Africa; and fundamentally opposed attitudes towards political Islam — has escalated military confrontations and complicated, if not disrupted, efforts to resolve conflicts in Libya and Syria.

Turkey so far has a winning hand in Libya.

In Syria, however, few doubt that Turkey will struggle to secure its interests with Mr. Al-Assad, backed not only by Russia and Iran but also the UAE, firmly in the saddle.

The Emirati crown prince had hoped to tie Turkey up in fighting in Syria, which would complicate Turkish military support for the GNA in Libya. Mr. Al-Assad’s failure to take up the offer likely contributed to Turkey’s ability to successfully focus on Libya in recent weeks.

The UAE has, nonetheless, one strategic advantage. Turkey’s reputation in Washington DC, much like that of Saudi Arabia, is severely tarnished. The UAE has so far skilfully evaded a similar fate, enjoying not only close ties to the United States but also Russia.

Turkish-US relations are strained over multiple issues, including Turkey’s acquisition of Russia’s acclaimed S-400 anti-missile defense system, its close cooperation with Russia and Iran, and the continued presence in the United States of Fethullah Gulen, a Turkish preacher whom Mr. Erdogan accuses of staging the failed 2016 military attempt to remove him from office.

The Trump administration has nevertheless offered Turkey ammunition to be used in military operations in north-eastern Syria as well as humanitarian assistance in a hopeless bid to persuade Ankara to push back Iranian forces in the country.

Mr Erdogan, in a surprise move this week, demoted and then accepted the resignation of Rear Admiral Cihat Yayci, the popular architect of Turkey’s intervention in Libya and aggressive stance in the Eastern Mediterranean. Mr. Yayci is believed to be an anti-Western Eurasianist who advocates closer Turkish relations with Russia and China.

While Turkey and Russia support opposing sides in Libya, they have so far been able to balance their interests in Syria that sometimes coincide and sometimes diverge, leading earlier this year to clashes between Turkish and Syrian forces.

In Libya, it was Turkish drones that allegedly destroyed a Russian-made Pantsir air defense system even as hundreds of Russian mercenaries working for the Wagner Group, with close ties to the Kremlin, reportedly support Mr. Haftar’s forces.

If support for Mr. Haftar is Russia capitalizing on an opportunity to stoke a fire, UAE backing is part of Prince Mohammed’s determination to confront political Islam across the Middle East and North Africa.

“Turkey and the UAE [are] engaged in a regional power struggle. They see it as a zero-sum game, in which there is no way for both sides to win. If one wins, the other one loses,” said Sinan Ulgen, a former Turkish diplomat and chairman of the Istanbul-based Center for Economics and Foreign Policy Studies (EDAM).

It is a zero-sum-game, a rivalry between the Turkish side and the UAE, played on proxy battlefields that bodes ill for those unwillingly sucked into it.

Previous articleEid-ul-Fitr will be celebrated tomorrow, Fawad Chaudhry
Next articlePK8303: Survivor recounts the moments before crash

Trump and his generals lock horns over Syria

The battle for the Iranian nuclear deal: China approaches a watershed

US regime-change operations are a reality!