Why we Pakistanis are proud of things that are not true?!

Second most beautiful capital; third sexiest men; fourth most intelligent people; deepest seaport. Too good to be true! The author traces the truth behind these claims but he also acknowledges that Pakistan is part of the elite club of nuclear powers, and it has the youngest Nobel laureate; that are the reasons to be proud of. 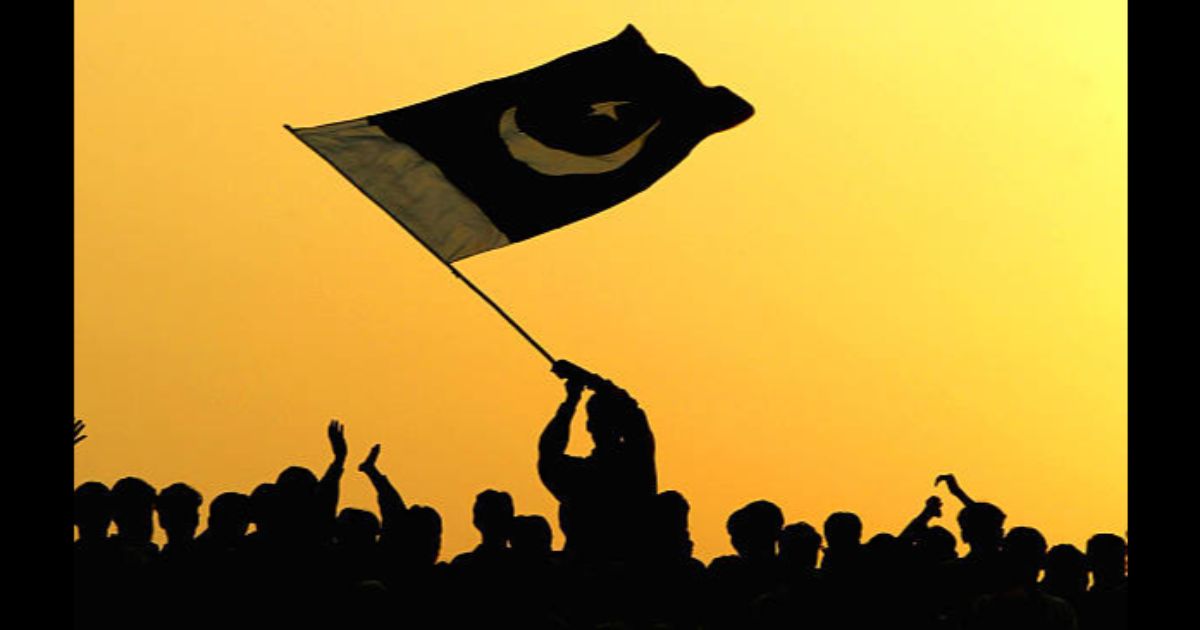 In the mid-nineties, I had an opportunity to visit Dushanbe, the capital of Tajikistan. It was not a particularly pleasant time to visit an otherwise beautiful country. The collapse of the Soviet Union was taking its toll. Times were tough. Much of the country was mired in instability and strife, and the economy was in shambles.

I was there for a UNDP Disaster Response Workshop, so at the end of a long day and on my way back to the hotel, I stopped by a roadside cafe and asked my driver to join me for a coffee.

I have always been fascinated with people and the lives they live, particularly when I travel to obscure and forgotten places. I was hoping for an interesting conversation, and Morad (driver) did not disappoint.

He was a very pleasant young man, obviously educated, like most in former USSR were. After exchanging the usual family and work-related pleasantries, I asked him about life in the Soviet era.

One particular story he told, has stuck with me since. He said in order to instil pride, patriotism, and unity in the diverse ethnicities of the Federation, the Soviets used to tell eachother, what made them unique and special. Ukraine was the bread basket, Kazaks were the space explorers, Belarus was the heavy industrial heart of USSR, and such.

Islamabad is the second most beautiful capital of the world, a claim often times breathlessly asserted in sombre settings by people of significant heft and stature. Curious, I dug up the source of that one too

There was not much that could be said for Tajikistan, Morad said, so they were taught from a young age at school that Pistachios grew nowhere else in the world except there. It was, therefore, his firm belief that Tajiks were the exclusive custodians of something truly unique; something the world would remain bereft, were it not for their glorious nation.

Time went on, and he grew up to graduate as an engineer. But much to his misfortune, just when he was ready to start a career, the Union collapsed, along with the economy.

Desperate to support his aging parents and siblings, Morad said he suddenly remembered the pride produce of his nation. He decided, despite never having set his foot outside his country, to go to Dubai, the only place he was allowed to go to, and trade in Pistachios.

He said he looked forward not only to make a huge profit, but offer eager global buyers something truly unique and wonderful.

Arriving late evening, he could not sleep all night with anticipation, and early next morning, excitedly took his wares to the market. And that’s when the penny dropped.

The trader showed him Pistachios from China, Iran, Spain, Greece, Turkey, Mexico, and the US. Morad said he was shocked, not only that he had been living a lie, but that his pistachios were nothing compared to the size and quality of the others.

It is a bitter sweet story, a gripping tale of hope raised and hope dashed; but most of all, it is a story of misplaced pride, of pride gone rogue.

I have heard more or less similar stories from my travels in other closed societies as well. Albania comes to mind, but we will digress. Perhaps I will leave more for another day. With this long preamble, here is the point I want to make. We have such fables proliferating our land of the pure too.

Somewhere in a parallel universe, Pakistani men are the third sexiest in the world. Intrigued, and giddy over this newfound accolade, a cursory dig revealed that it was the claim of an obscure female dating website called Miss Travel. Apparently, some swooning teenagers voted Zayn Malik of One Direction as third sexiest man, and this tenuously connected honour was soon applied on the entire male population of the country.

Islamabad is the second most beautiful capital of the world, a claim often times breathlessly asserted in sombre settings by people of significant heft and stature. Curious, I dug up the source of that one too. A website by the name of The Top Tens lets people create lists of … guessed it right … top ten whatever they wish. I think enough said.

In case you ever wondered, we are also the fourth most intelligent people in the world. Where that one stems from, I have no idea. I just read it at a website called Parhlo.

We are members of an elite club of nuclear powers. We have the youngest Nobel laureate. We have multiple Oscar winning personalities

Some say Pakistan has the “best location in the world” with four full seasons. As if that was not impressive enough, our Prime Minister bumps the number of national seasons up to a full dozen. If that is true, and I have lived my life without this crucial nugget of knowledge, then indeed we are the most unique dominion on the planet.

For those that might dismiss these trivial claims as the work of overzealous young social media warriors, there are plenty of other examples of deeply held national beliefs that don’t stand up to scrutiny either.

One big example is Gwadar

I never doubted conventional belief that it is the worlds largest natural deep sea port, until a friend who is a very experienced mariner sat me down for a session. He explained the difference between dredged and non dredged ports, draft at low and high tides, vessel sizes measured in Panamax, Capesize, VLCC & ULCC, port capacities in terms of DWT and berths.

It turns out Gwadar is not the largest (Shanghai is), its not natural (it’s dredged), and neither is it deepest (Halifax, Nova Scotia, Canada is). By saying this, I do not mean we have nothing to be proud of. Certainly not.

However, what I am saying is that pride needs a strong and solid pedestal to stand on or else it morphs into hubris, and hubris leads nowhere but shame. In this new information age and time of frequent travel, we cannot afford to inject our citizenry with alternate and pliable facts.

If they live with these lies, they are deluded. If they find out the truth, they are disillusioned. If the truth finds them, they are ashamed. In other words, the end result is always negative.

Let’s take genuine pride in ONLY undeniable facts, even if they are few, or really far between.

We are members of an elite club of nuclear powers. We have the youngest Nobel laureate. We have multiple Oscar winning personalities. These are immutable facts, and solid reasons to be proud of.

Only our hard work and dedication will earn us more achievements to be proud of. For now, unfortunately, most is hubris.

Waseem Syyed, is a Canadian of Pakistani origin. He has had a long career in international development, working around the world for the United Nations and global NGOs for more than twenty years. The views expressed in this article are author’s own and do not necessarily reflect the editorial policy of Global Village Space.

Is Pakistan ready to fight a Hybrid war?

Pakistan can pull the plug on the US

Sharif Under Siege – By Zahid Hussain