Why would Dr. Arif Alvi remain a symbolic president? 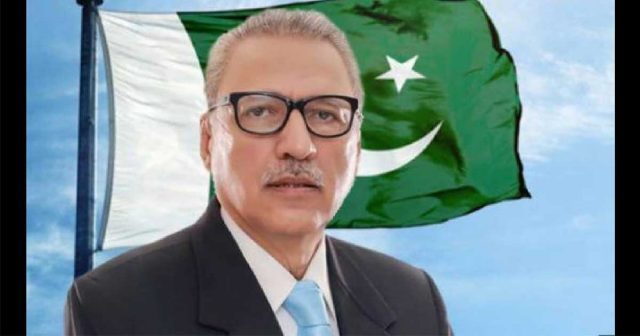 The Pakistan Tehreek-e-Insaf (PTI) veteran and founding member Dr. Arif Alvi has been elected as the 13th President of Pakistan. Former president of the Asia-Pacific Dental Federation and of the Pakistan Dental Association hopes to be a different and active president.

He vowed to work as the president in an improved way and declared after the victory that “I am not just a president of Tehreek-e-Insaf, rather of all political parties and the nation.” Arif Alvi received 353 electoral votes and defeated the opposition candidates JUI-F chief Maulana Fazlur Rehman (185) and PPP candidate Aitzaz Ahsan (124).

PML-N’s nominee Fazal failed to persuade the Asif Ali Zardari to put the past behind to defeat PTI’s Alvi. After the 18th amendment, in the original constitution of 1973, once, all-powerful president of Pakistan can no longer overthrow the PM and the elected parliament.

However, in Sindh Assembly, out of the 62 opposition members, 6 polled the votes in favor of Ahsan—which surprised the opposition benches and ruling PPP as well. The polling for the election started at 10 am and finished at 4 pm. Chief Election Commissioner (CEC) Sardar Raza served as the returning officer for the presidential elections and the chief justices of respective high courts performed duties as presiding officers during the polls in Islamabad, and provincial capitals.

All the big wigs including PM Imran Khan, PML-N President Shahbaz Sharif, former president Asif Ali Zardari and PPP chairman Bilawal Bhutto Zardari came to cast their votes in the NA. Arif Alvi was favorite to win the presidential polls after the failure of the opposition to reach a consensus over the single opposition candidate.

Despite a number of meetings and countless efforts, both the PML-N and PPP could not resolve the differences paving way for Alvi to win easily. The final result shows that even if PPP and PML-N had reached a last-minute breakthrough, the collective vote count of opposition candidates would have been less than the Alvi’s winning figure.

Even before the presidential elections, both the status quo parties raised fingers at each other for creating hurdles—which proved, ultimately self-defeating. PML-N leaders accused Zardari of playing in hand of the establishment—since he was instrumental in toppling PML-N’s government in Baluchistan. PML-N president, however, surprisingly brushed aside the claims of disunity in opposition and blamed media for this fiasco in opposition ranks.

Similar sentiments were shown by the PPP’s vice-president Sherry Rehman—who considered media speculation the main culprit—which damaged the proposition of consensus on a joint-opposition candidate. After winning the July 25 elections, PTI managed to avoid any upset and kept the trust of its fragile allies; while opposition remained divided blaming each other on their past antics and insulting remarks against party leaders.

And, PML-N’s nominee Fazal failed to persuade the Asif Ali Zardari to put the past behind to defeat PTI’s Alvi. After the 18th amendment, in the original constitution of 1973, once, all-powerful president of Pakistan can no longer overthrow the PM and the elected parliament. Zardari was instrumental in reversing Pakistan into a parliamentary democratic position of the constitution of 1973.

President’s role is now limited as the ceremonial figurehead and Alvi as president would be tasked to sign a bill or amendment in any legislation into law. President holds the power to grant pardons, reprieves, and clemency in cases recommended to him by the executive and the judiciary. As expected Alvi sailed through to victory and promised to make the difference in this symbolic role.

The critics believe, Alvi’s vast experience and commitment to the people of this country could have been used more effectively elsewhere. But Imran Khan had other ideas. Over the years, president’s role has become very limited and outgoing Mamnoon Hussain remained confined to his presidential house and was rarely seen in public. Alvi promises to change the course, but, how much can be achieved within the constitutional limits is debatable.

Abbasi back in action: LHC clears him to contest elections from NA-57

Nawaz Sharif hoping to transform Sindh “if given the chance”